AT a time when most of his contemporaries were resting in bed, one of the pioneers of the running community celebrated his upcoming 70th birthday by completing his 100th marathon in the recent Cardimax Clark Ultramarathon.

The septuagenarian is 34 years removed from his first marathon, a Johnson & Johnson's mary. He has since got 65 full marathons and 35 ultramarathons under his belt.

The spry retiree from Caloocan is popularly known as 'Master Vic' among his fellow runners and is a popular fixture in the long distance circuit because of his friendly and ebullient nature, drawing a lot of fans who have their selfies taken with him and talks about his running experiences.

To reach the magic number before he celebrated his 70th birthday on September 16, Ting admitted he joined at least 30 races starting last year - an accomplishment he quickly attributes to a higher power.

He was forced to walk uphill stretches before picking up the pace on level ground. 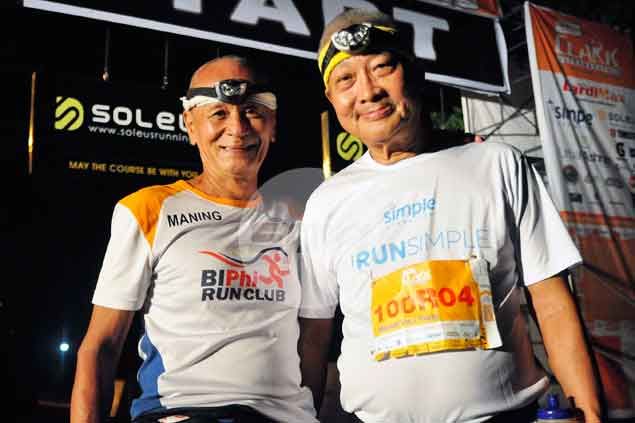 Ting said his primary purpose in running is to maintain his health and not to compete.

The peppy senior said he plans to run as long as he can but admits that he will be taking it easier now that his goal of finishing 100 races has been realized.

When SPIN.ph asked Ting what his secret in longevity is, he said he didn't have any.