A total of P22 million in incentives will be given by San Miguel Corporation (SMC) President Ramon S. Ang to Filipino medalists in the Tokyo Olympics led by the country’s first ever gold medal winner Hidilyn Diaz.

The 30-year-old Diaz receives the bulk of the financial package worth P10 million for steering the Philippines’ best Olympic performance in 97 years or since it began competing in the meet in 1924.

Boxers Carlo Paalam and Nesthy Petecio will get P5 million each for their silver medal feats, while fellow pug Eumir Marcial will be given P2 million for his bronze-medal finish.

“As a longtime partner and supporter of Philippine sports, I’m so happy for our athletes. All their hard work paid off. They’ve opened the eyes of so many Filipino sports patrons, fans, and aspiring athletes that indeed, we Filipinos can compete and win against the best in the world in the Olympics. This is just the beginning. We have the momentum. We can only get stronger in the succeeding Olympics,” Ang said. 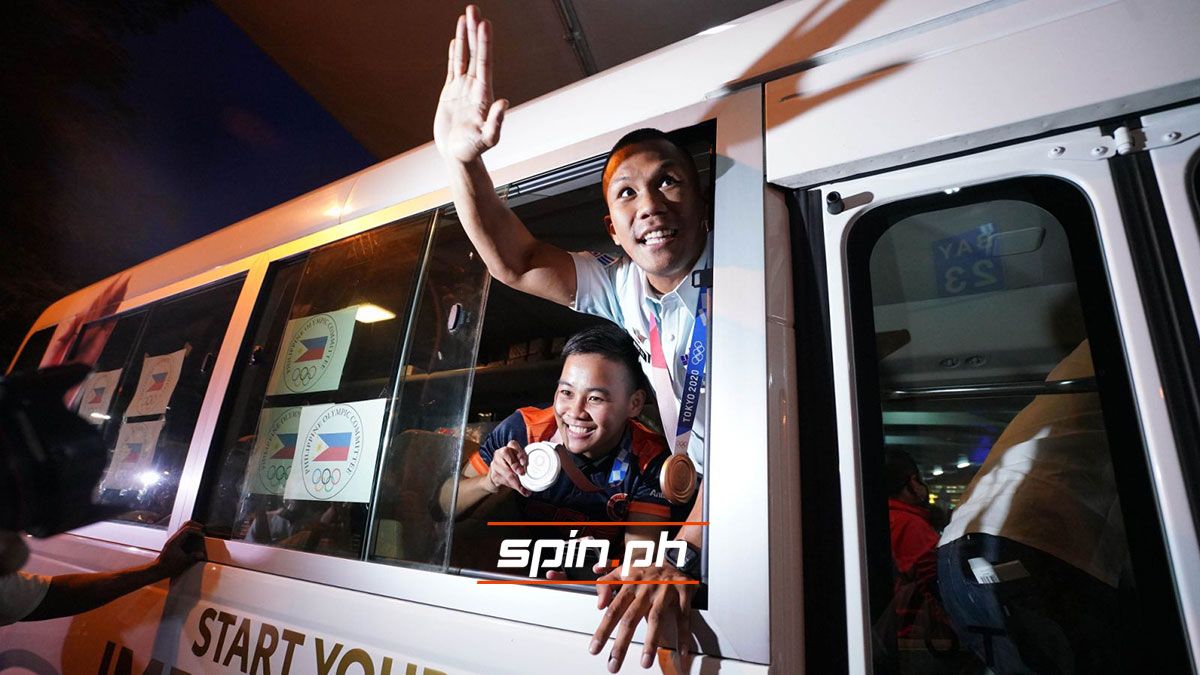 “I’m especially grateful to Hidilyn, whom we’ve supported for several years now, for giving honor to the country by winning our very first Olympic gold medal. We can build on these successes to develop stronger sports programs and produce more Olympic winners like Hidilyn, Carlo, Nesthy, and Eumir,” Ang added.

The SMC chief also said the Olympic athletes, as well as their coaches and teams, gave the Philippines more than just medals.

“The message of this Olympic campaign for us Filipinos is clear. We are resilient in the face of challenges and we do not back down from adversity. This pandemic is perhaps one of the greatest challenges in our lifetime. Thank you Hidilyn, Carlo, Nesthy, and Eumir for giving us hope and inspiration during this critical time. You showed us that nothing is impossible,” Ang said.

Ang added that as the Olympics showcased the outstanding athletic feats that fully-trained athletes are capable of, it also serves as a reminder that people are not limited, and that Filipinos should endeavor to keep fit and healthy in the face of COVID-19.

“Aside from following health protocols to stop the transmission of the virus and getting vaccinated, we should also do our best to make sure we are mentally and physically fit and healthy during this crisis. I believe that will help us a lot in coping with the stresses of this time,”Ang said.

Before the pandemic, SMC consistently supported the country’s participation and hosting of international competitions, including the staging of the 2019 Southeast Asian Games.

During the SEA Games two years ago, the country also completed its best performance in its 42 years of participation with a haul of 149 gold medals, 117 silvers and 121 bronzes.

In 2005, SMC also backed the Philippine team that won the overall championship in the SEA Games, amassing a total of 112 golds, 85 silvers, and 93 bronzes.

Ang, through SMC, is also a major supporter of the Philippine Sportswriters Association (PSA) Awards. The PSA, 100-member, 72-year-old association holds the annual awarding ceremony to honor athletes, coaches, officials, and organizations that made a significant impact to Philippine sports on a yearly basis.