Coming back home to a city without its GOAT

I wasn't in LA the day Kobe died.

For the past five years, I'd been living in Los Angeles, but when news broke of the fatal helicopter crash, I was in Manila, visiting an old friend for his wedding. That Monday morning (Sunday evening back home in LA), I woke up and checked my Messenger feed to see my basketball fanatic friends sharing their distress and disbelief about the passing of one of the GOATs of the NBA.

I never followed basketball religiously, though I did follow crucial games, rivalries, and series, so I was surprised to find myself in exceptional sorrow. 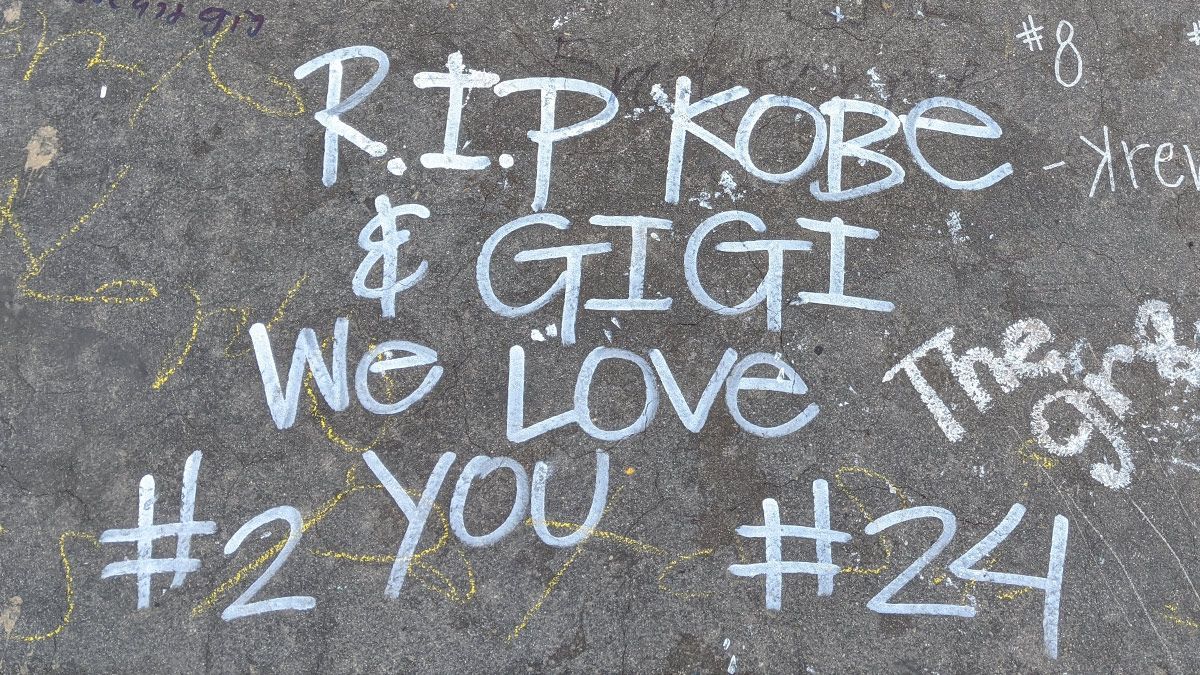 On February 1, I flew back to Los Angeles.

My mom picked me up at the airport and promptly told me everything she knew about the fatal crash. She had to fill me in on the details because I'd been too busy in Manila to get the whole story. It was all news to me, and it was sad.

Let me tell you, when I got back, the city was literally lit purple and gold. The screens at the two tallest towers, the Bank of America and Wilshire Grand Center, were all lit up, and the signs displayed #8 and #24 on the screen. Even City Hall was all in purple for the next few days of his passing. As I went around the city, the commercial buses on the road had “RIP Kobe” displayed on their signboards. 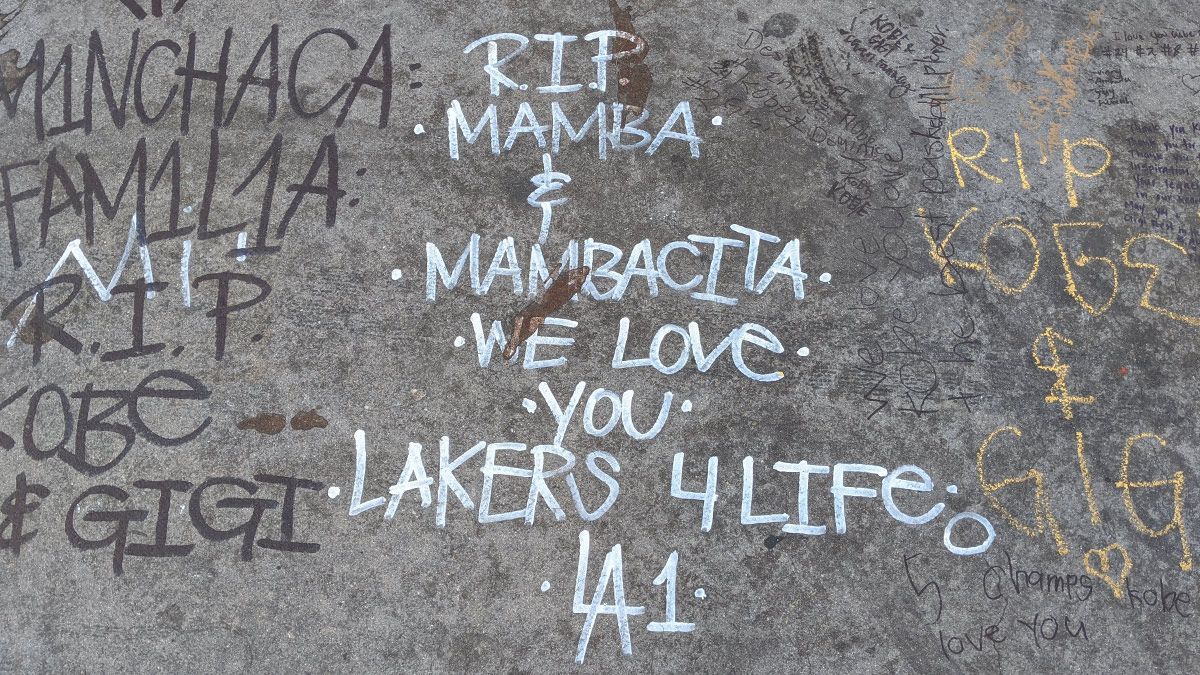 Today (Monday in Los Angeles), I decided to visit Staples Center, the ground zero of the city's collective outpouring of grief for Kobe and his daughter Gigi. The night before, some of my friends stopped by to offer flowers in purple and gold in front of the stadium. Many others also left pictures, or #8 and #24 jerseys, to commemorate him. It looked solemn and eerie. What once was Kobe’s home court for twenty years — the same place where he dropped 60 points in his farewell game — had become a gigantic shrine for the entire city to offer their farewell.

Unfortunately, when I got to Staples Center that Monday afternoon, they already had all the memorabilia cleaned out. Some reports said that some items would be shipped to the Bryant family. Disappointed as I was, it was still consoling for me to read some of the messages written on the pavement in front of the arena.

People wrote messages such as “GONE 2 SOON LOVE U KOBE”, or “Thanks for the memories! We love you! Kobe + Gigi #24 #2 – The Ibrahims”. A person scribbled an arrow in front of a trashcan, with a sign that said, “Shoot N’ Say ‘Kobe’!” That last message made me chuckle, but feel depressed as well. Every kid who grew up in the 2000s had shouted that name when taking a shot, whether it was to a bin, a basket, or a net.

Even with the memorabilia gone, I still saw some fans writing down their prayers and wishes for Kobe and his family. These were not just one-liners, either. Some were writing down entire paragraphs that were heartfelt and sincere.

My favorite two words in the sea of messages around Staples Center wasn't on the road itself, bur rather, on the traffic light post. It simply said, “Kobe Blvd” and below it, “Kobe Plasa [Plaza].” 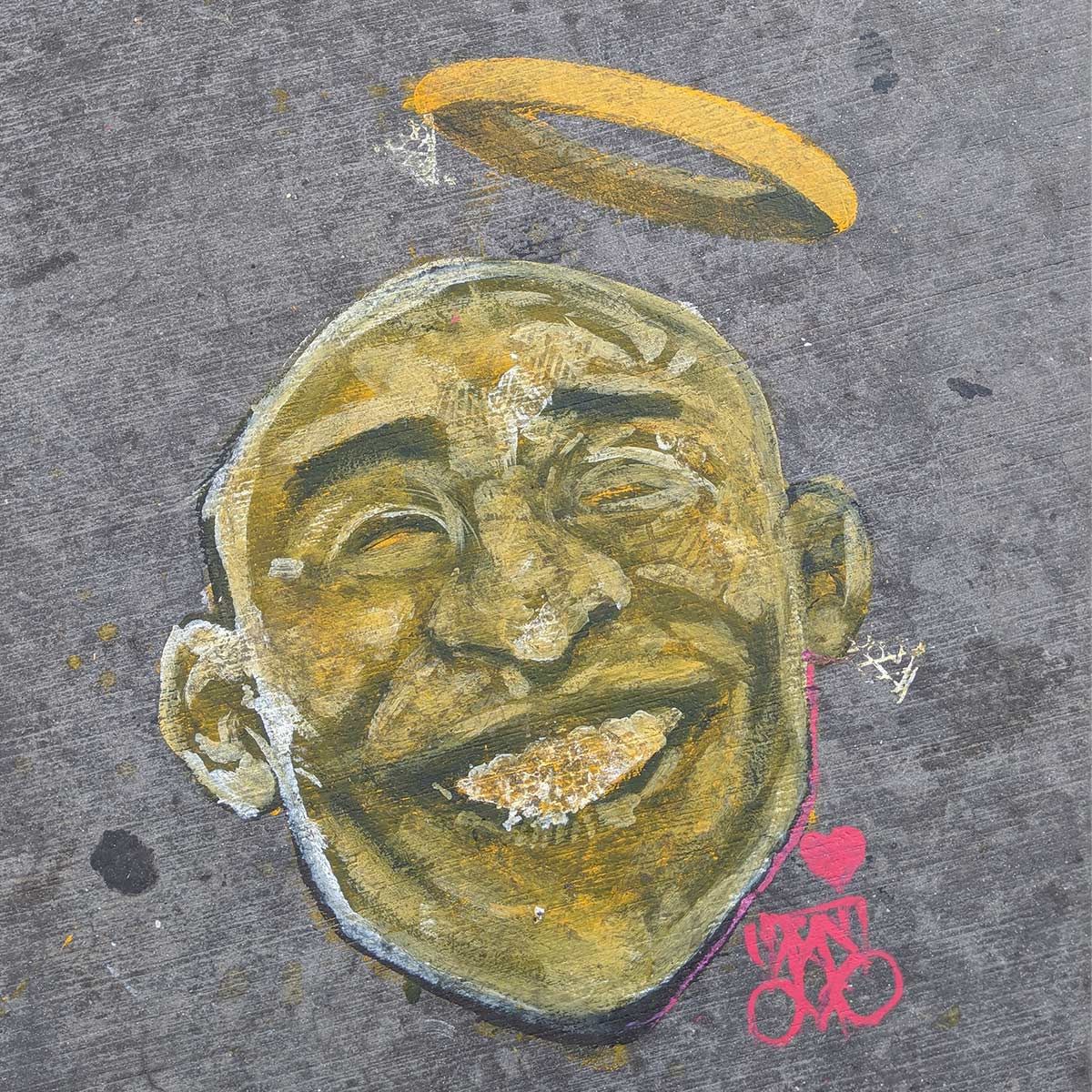 For me, it is the least LA can do: Name a street and the plaza in front of Staples Center after him, for the legacy he left behind for the city of Los Angeles. My hope is one day, when I watch a game or a concert in Staples Center, my Uber driver drops me off at Kobe Blvd. And when they do so, I would always remember the man who forever changed the heart of LA.

Edward Barrenechea was born in Manila, but moved to California in 2015.