AS officials struggle to re-establish communication lines with Siargao — the country’s surfing capital that was hit during super typhoon Odette’s first landfall — the extent of the devastation on the island is slowly becoming known as the first few pictures begin to emerge on social media.

Meanwhile, the province’s first district representative Bingo Matugas reported that the first relief operation — consisting of a plane packed with five tons of food, as well as a team of doctors — has departed for the island.

He also said that a satellite phone-enabled Tawag Center has been set up in the Kapitolyo Nan Siargao Building in Dapa.

Lokal Lab, an NGO that supports the Siargao community, has been spearheading and consolidating fundraising efforts. As of December 18, according to a transparency report released by the organization, it has received more than P1.6 million in total cash donations. They also have drop-off points for donations in Manila.

On its Instagram posts and stories, the NGO has also been sharing photos of the devastation, purportedly taken by residents of the island.

Among the shots is what appear to be the ruins of the island’s Cloud 9 boardwalk and tower — perhaps Siargao’s most iconic landmark. 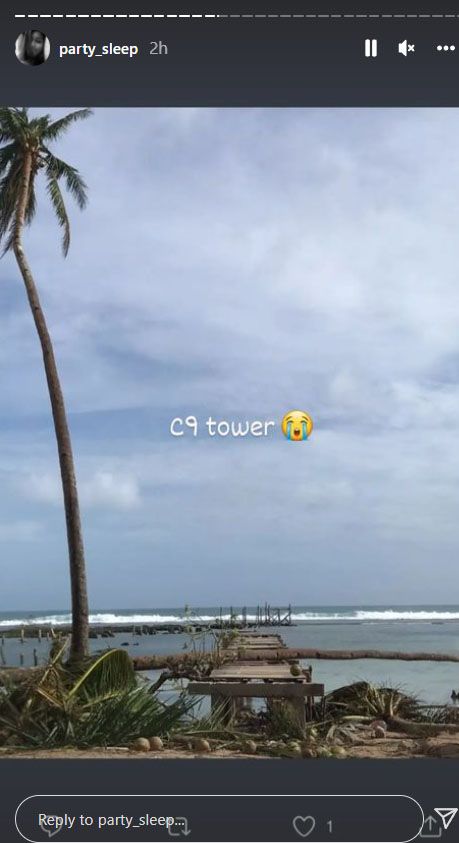 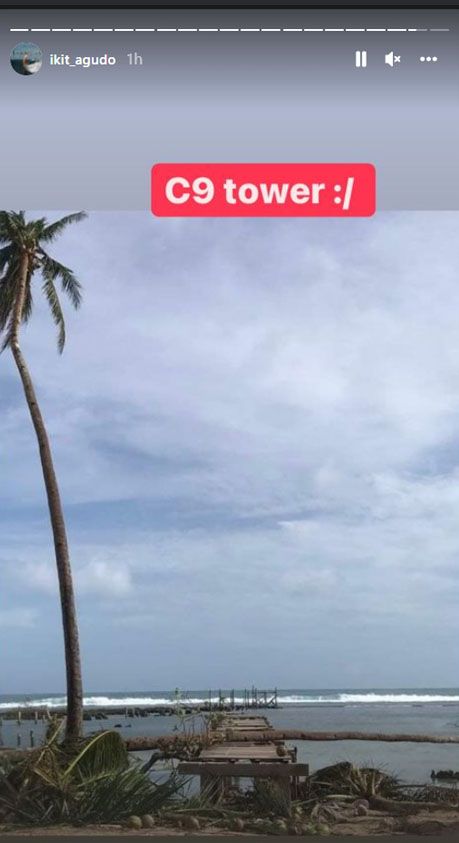 Professional surfer Ikit Agudo and surfing instructor Maricel Parajes have also posted the same or a similar photo in their own Instagram stories.

Meanwhile, a video uploaded by Mainard Mendel showed off what he says are the remains of the boardwalk. 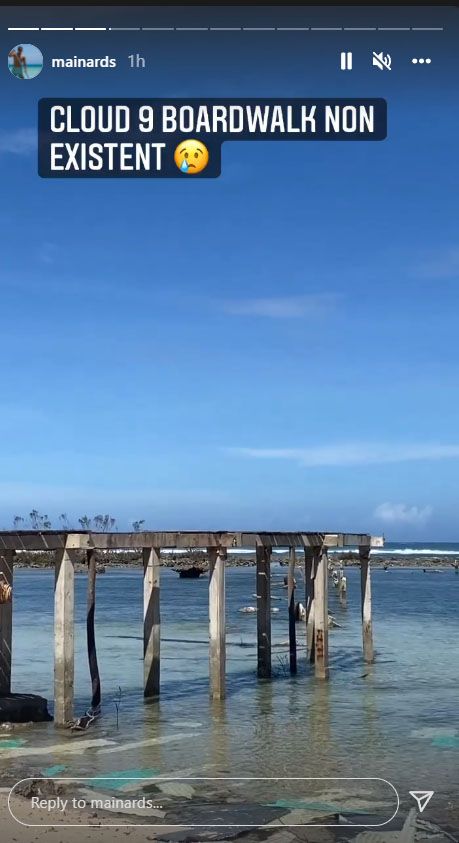 Mendel claims to be among the few who were "the first ones off the island", as he and a few others were able to take a speed boat out of Siargao before finally making it to Butuan.

"The Island is completely wiped out ! No electricity, no water, no cell signal, no fuel, food running low, violence and looting starting to occur," he wrote on an Instagram post. "Hotels demolished, boats on houses, cows in the water, most coconut trees sliced in half, power lines everywhere."

Agudo, who is a silver medalist at the 30th SEA Games for women’s longboarding, has also published more photos and videos of the devastation. 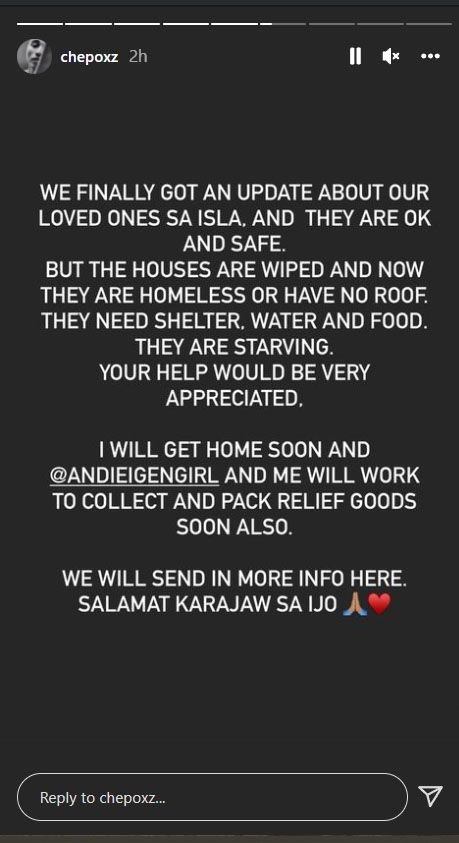 Fellow Siargao pro Philmar Alipayo, still in quarantine after participating in the Surf in the City event in Borongan last weekend, promised that he will be home soon, and that he and wife Andi Eigenmann will also be organizing relief efforts.