AND THEN there came a day when supernatural detective Alexandra Trese met Manny Pacquiao.

Of course, it wasn’t really Manny Pacquiao. The comic book series — and now Netflix animated show — Trese has a way of remixing familiar elements of the real world into a fictional universe where aswang, tikbalang, and other supernatural beings live uneasily among humans. So ABS-CBN becomes ABC-ZNN, the Meralco building in Ortigas is home to a powerful lightning deity… and a champion boxer named “Manuel” (no last name) punches his way through twelve feared Filipino monsters — one per round.

The current animated series showing on Netflix adapts storylines from the first three volumes of the comic series. The “Fight of the Year” story can be found in Volume 4, Last Seen After Midnight, so you won’t be seeing it on the streaming platform. But if you haven’t read the books yet, consider this your spoiler warning for a story in the long-running comic series. 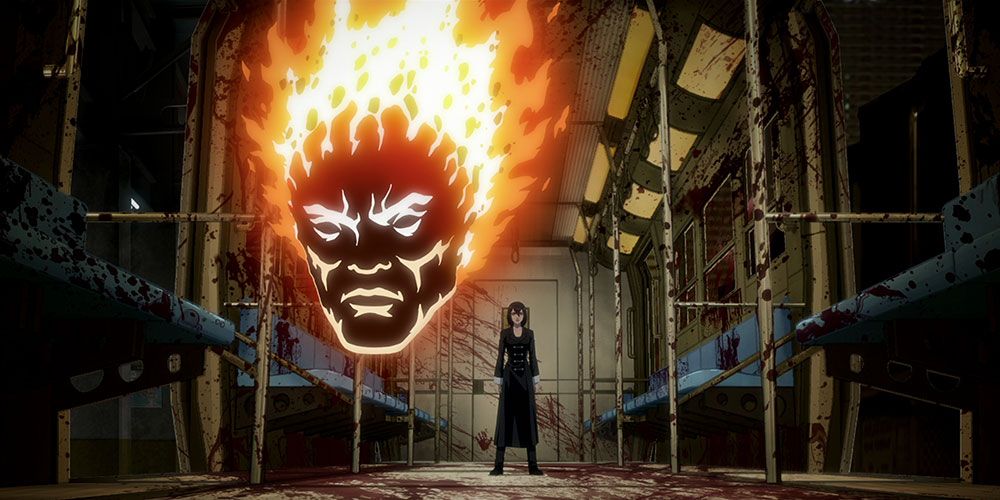 The 22-page tale begins with a young, anonymous boxer sparring with his idol “Manuel” — a fighter with a threadbare beard and a devastating left hook — in the city of General Santos. As they chat after practice, the hungry rookie fawns over the champion boxer, and confesses that he’d “be willing to do anything” to have what Manuel has. (The comic is written in English.)

The story then cuts to a party inside Manuel’s lavish GenSan mansion. Manuel’s shady promoter Sytan Sy offers to cut a deal with the young boxer. But before he can answer, Alexandra Trese — in one of the few appearances where she’s wearing a cocktail dress and not her trademark Goth trench coat — interrupts him.

“I don’t think you should answer that,” she says. 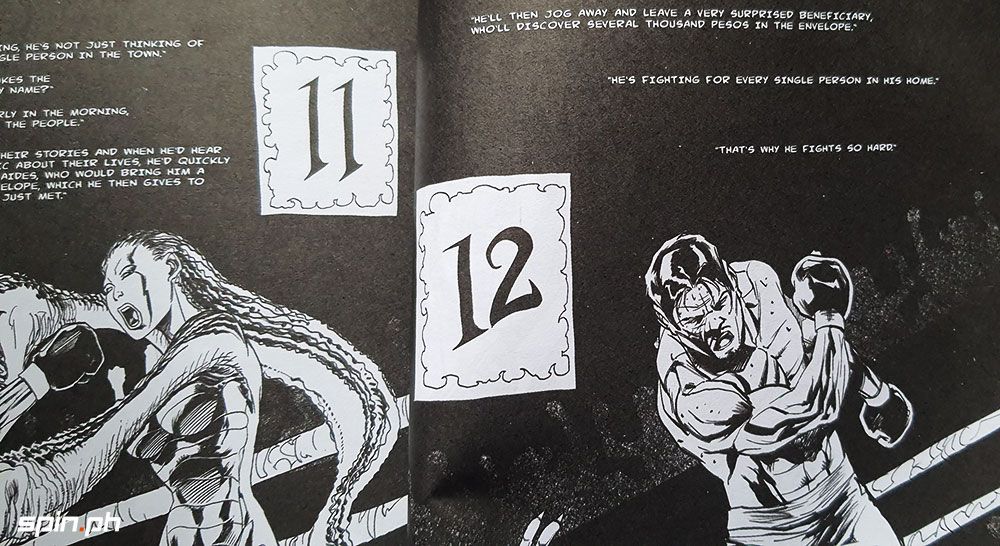 Trese then takes the young boxer to a secret underground boxing arena hidden underneath the famous GenSan fish port. It is here that the up-and-comer finally realizes the truth: Once a year, Manuel defends the city in “The Fight”, a twelve-round battle against the fiercest beings of Pinoy myth.

She reveals the boxer's supernatural secret over Kajo Baldisimo’s lavish illustrations of the fight: Manuel throwing a lightning-fast left jab against a squid-headed monstrosity. Manuel exchanging a flurry of punches against elementals made of water and lightning. Manuel fighting a woman with crocodiles for arms.

It turns out that Manuel had signed a deal with Sytan (Get it? Get it?). In exchange for fame and fortune, the champ would have to fight for his soul and the soul of the entire city in an annual boxing match.

Should he lose a round, the demon would be free to do anything it wants inside GenSan. But here’s the thing, Trese points out: Manuel never loses. He can’t afford to.

“He’s fighting for every single person in his home,” she explains. “That’s why he fights so hard.”

In a short coda to close out the story, Trese meets with Manuel in the locker room after the Fight, and implores her old friend to end his contract with Sytan. But he refuses to shirk from his duty.

“Go defend your city, Alex,” the champ says. “Leave me to defend mine, in my own way.”

Last Seen After Midnight was published exactly 10 years ago. At that time, Manny Pacquiao had become a force of nature in the ring, riding high on an unbeaten string of fights, including a merciless drubbing of Antonio Margarito just the year before. In 2011, he would also face Shane Mosley, as well as square off against archrival Juan Manuel Marquez for the third time. 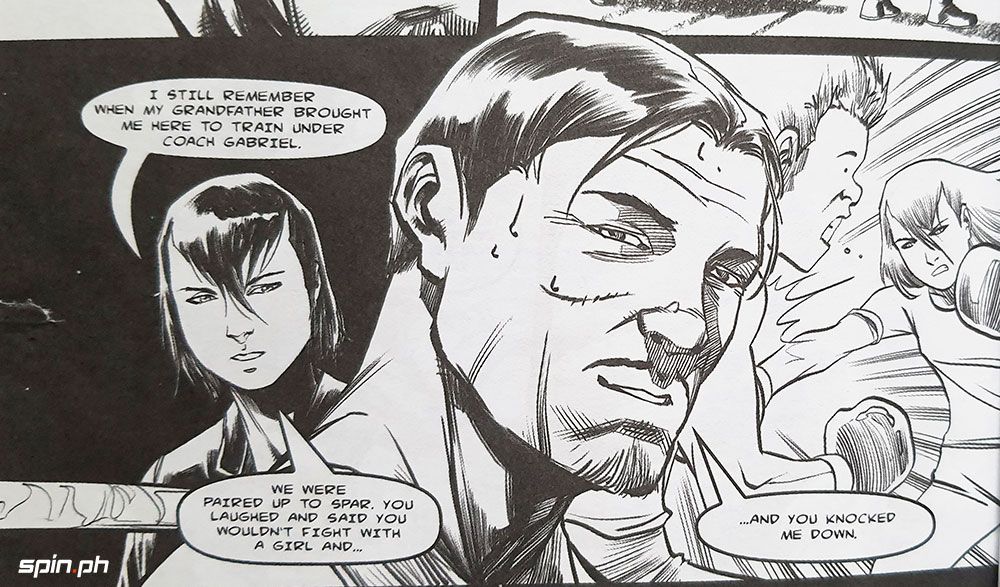 Reminiscing about the story he wrote a decade later, Trese co-creator Budjette Tan stressed to Spin.ph that “Manuel” was only a Manny Pacquiao analog.

Tan wanted to make a statement on how sports can transcend into myth, and how athletes can transform into heroes.

“There’s something fascinating about the story of Pacquiao. It was because of his skill and his dedication that got him to that place,” the writer reflected. “In a way, his story and his success has become a part of our modern-day myths. We give that power to the athletes, to the champions, in the way we look up to them.”

Remember, this was the time of that urban legend that there would be zero traffic and zero crime in the Philippines on the days that Pacquiao would have a fight.

The boxing champ, then, became the perfect inspiration for a sports-themed episode in the Trese books.

“In the Trese universe, it’s like: Is there a supernatural cause to all of these things?” said Budjette, laying out the hypothetical question that eventually blossomed into a full-blown comic story.

“Fight of the Year” is one of the highlight stories of Book 4. Should the Netflix series get the green light for a second season, it is a top contender, so to speak, for the animated treatment. Would Budjette be excited to see Manuel and Alexandra meet up in the small screen?

“That’s up to [the producers]!” Tan said, laughing.