All you want to know about shoes, from Pinoy Sneakerheads Community (PSC) co-founder

HERE'S a useful rule of thumb when looking for the venue of a PINOY Sneakerheads Community (PSC) event: Follow the people wearing flat-billed ballcaps, ankle-fitting jeans and the best-looking sneakers within sight.

That's exactly what SPIN.ph did on Friday at Tiendesitas to locate the gathering of Filipino sneakerheads in their annual membership renewal to the country's largest shoe collector community.

And despite his busy night, John Paul Santos, one of the seven administrators handling the PSC page on Facebook that as of last count has 58,732 members, took the time to fill SPIN.ph in on Filipino sneakerhead history, background and the current scene.

One of the PSC’s founding members, Santos' credentials is well-established (his first pair were Nike Air Jordan 1s in their original Chicago Bulls colorway that he asked from his dad when he was five years old) and is considered an authority when it comes to ‘shoebusiness’ (pun intended). In case you're wondering, he was wearing Jordan IX OGs (Originals, the iconic shoes on Michael Jordan's statue outside the United Center) during the event.

In fact, if you’re looking for hard-to-find pairs on social media, resellers use the ubiquitous PSC ID as an assurance to the seller and the items’ authenticity. PSC IDs are highly regarded and are even shipped to members overseas who have access to pairs in places such as the US, Dubai and other locations who also resell shoes that would otherwise be unavailable in the Philippines.

A non-profit organization, PSC offers easy membership to those interested. Instead of paying for a registration fee, applicants can buy a P700 ticket, inclusive of a concert, drinks and a chance to be part of a raffle for (you guessed it) sneakers, to join the community in their annual membership renewal event.

Santos also revealed some tips on what’s the “holy grail” on a sneakerhead’s wishlist, what’s the next big shoe or how to cop more than just an autograph from your favorite PBA star, in this exclusive interview with SPIN.ph.

SPIN: Could you tell us how PINOY Sneakerheads Community came about?

Santos: We were just a group of friends who wanted to expand our knowledge about sneakers. Nauso ang Facebook during the time so naisip naming na magtayo kami ng grupo composed of sneaker enthusiasts and sneaker lovers as well as resellers. We started with 100 members in 2012. Before we knew it, naging 1,000. Now we have 55,000 members and 10,000 pending applications who want to join our group.

SPIN: What is the common reason why people join the PSC?

Santos: First of all, yung mga newbies gustong matuto about sneakers. How to collect sneakers, how to take care of sneakers and siyempre when you say sneakers they are tied up with the NBA. There are also PBA players na sumasali sa grupo. Andito din yung nagco-collect and nagsho-showcase ng kanilang collections para ma-appreciate ng members.

SPIN: How would you describe the average member of your group?

Santos: Everyone has a love to collect sneakers. And it doesn’t matter how many pairs meron sila. Dati kasi, when I was starting, sneakers were tied up to the hiphop genre. Pero now wala na e, very wide na ang appreciation for sneakers. 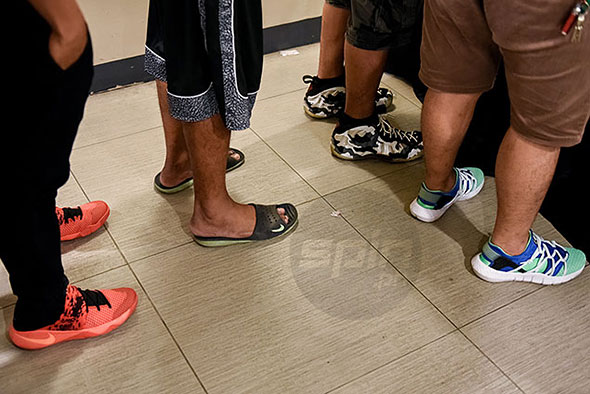 SPIN: It’s interesting that you mentioned that. What has been the biggest change that you have observed from the time you started collecting to now?

SPIN: Can you mention some personalities that sneakerheads look up to when it comes to their shoe game? 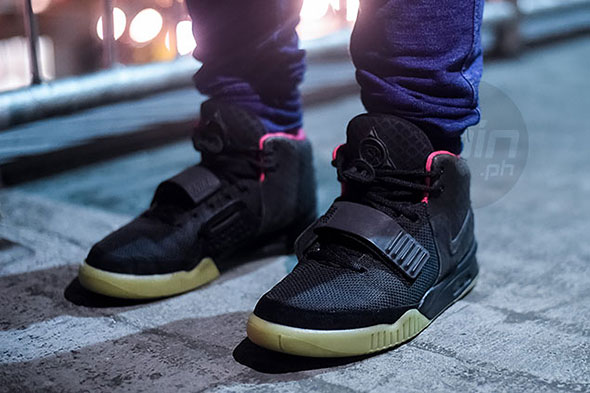 SPIN: Locally, sneakers have been basketball-centric. Outside of that, what would you consider to be the most popular type of shoes people go for?

SPIN: In events like this, what could your members, new and old, expect?

Santos: Ang role lang namin pag ganito is magkasama-sama mga members namin. For us admins to give back to the community. Kaming mga admins wala kaming bayad dito e. It’s just our love for shoe collecting and we’re giving back to our members. And for resellers in our group, this is the time they offer pairs, nagbibigay din sila for our raffles and some of them sponsor pairs.

SPIN: Which helps in establishing the legitimacy of PSC… 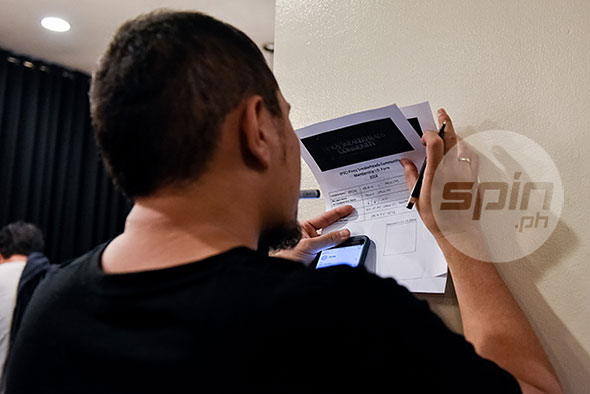 SPIN: We heard you also have celebrity members?

SPIN: Any PBA players in the mix?

SPIN: What do you collect personally?

SPIN: What would you consider as the most sought after shoe right now?

Santos: For a Kobe collector like me, it’s the Nike Kobe Fade to Black (FTB) 11. It’s Kobe and there were only 30 pairs released sa Pilipinas. As for Jordans, bagsak ang Jordan Brand ngayon.

SPIN: And as a longtime observer in the sneakerhead scene, what would you predict would be the next shoe na sisikat in the next few months?

Santos: Definitely Under Armour. Because of Steph Curry. For now, yung signature models he wears. Bata pa siya and madami pa siyang maa-achieve and yun yung nafo-foresee namin, medyo lalaban ang UA sa sales. But once UA establishes other athletes to follow Steph’s footsteps, magbo-boom ang UA. For a time, ang Wades (by Li-Ning) gumanda din e last year despite his career being on the downside kasi tumatanda na siya. Klay (Thompson, an Anta endorser) hindi masyadong well received sa US kasi nayayabangan sa kanya and he’s not an MVP like Steph. And feeling namin, adidas would go back as a major player with much depending on Kanye (who notably, is wearing pairs of Vans recently in another development that could shake the sneaker industry). 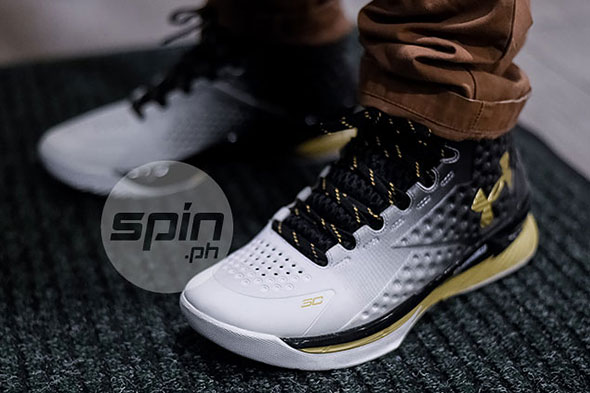 SPIN: What advice would you give to aspiring sneakerheads?

Santos: Actually, araw-araw may newbie na magpi-PM (personal message) sa amin. We are only seven administrators but in a day we would have 50 to 100 PMs asking questions about pairs, about how to collect, etc. Siguro ang masasabi ko lang:

[Keeping tabs and maintaining the community on Facebook are seven admins from varying backgrounds: two are doctors, four are into business (one even owns a chain of hotels). Some live in Metro Manila, there is one from Subic, another in Davao and someone based in the US. Despite their busy schedules, all are united in their passion for sneakers and making sure the community this love has spawned is safe, run smoothly and fake/flaker-free. ]