LOOK: This photographer has taken over 500 photos of basketball courts around the country

LIKE ALL Filipinos, Jake Verzosa was familiar with the cliche about a basketball court in every barangay.

But it was only when he started photographing them did he realize how true the statement was.

It all began in 2010, when Verzosa was in Buscalan to take portraits of Whang-Od and the disappearing tradition of Kalinga tattoo art. On a whim, he decided to whip out his phone and take a picture of the town basketball court.

It’s a compulsion he’s been obsessed about in the decade since. 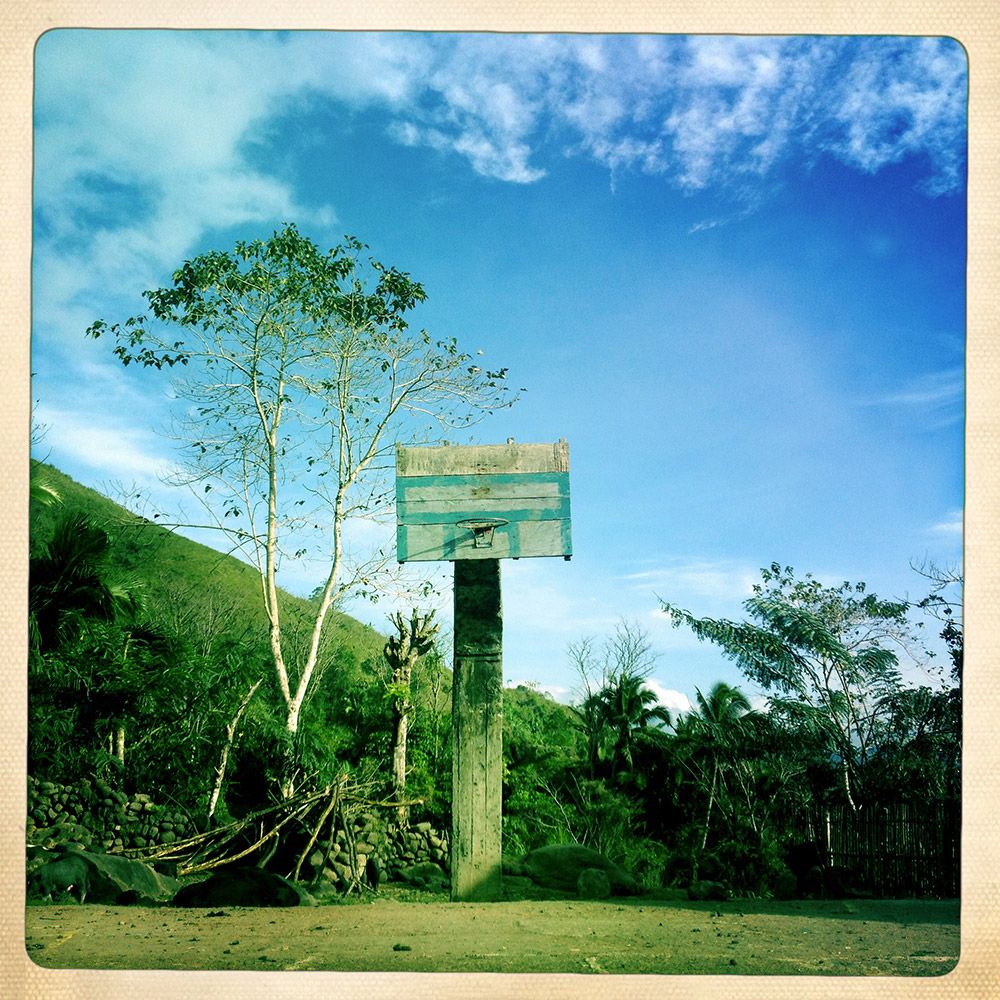 From ramshackle backboards nailed to the top of tree trunks to gleaming constructions proudly emblazoned with the name of a politician, Verzosa has crisscrossed the archipelago to snap photos of them all. By his count, he has over 500 shots in his collection.

He even took a photo of courts across Leyte, when he arrived there on assignment to cover the devastation of Typhoon Yolanda. 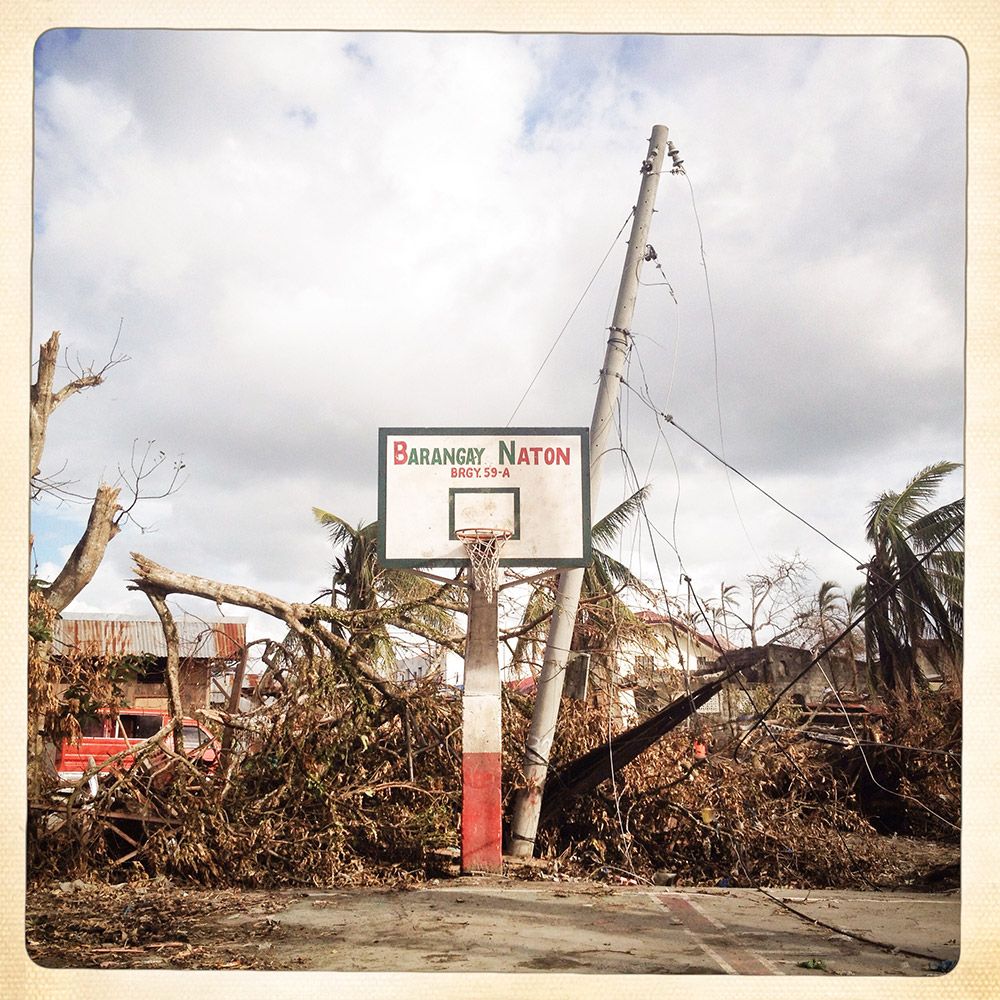 In one picture taken in Tacloban City, the basketball court stands strong and unyielding amid a backdrop of broken trees and a slanted electric post.

The Leyte assignment was a harrowing one for Verzosa. In a place where he had to document mass graves and other horrors, his shots of basketballs court were, in a way, a comfort. “Parang yun na lang yung lighter side nung ginagawa ko during that time,” he recalled.

Since the start of the project, Verzosa’s composition has remained the same: the backboard centered on the frame, alone, without any players or people. Sky and scenery flare out from behind the hoop — sometimes an impossibly blue sky, or the sweeping arc of a mountainside, or a modern city skyline.

He also mostly takes the photos with his mobile phone camera, with an app he's been using 2010. In a little detail he's been obsessed about since the beginning of the project, he uses his phone GPS to document the exact latitude and longitude of the hoop, which you can see on the back of the few printed postcards he's made of the photo series.

When he likes the look of a particular court, however, Verzosa would sometimes return to the place with a film camera to capture it in more detail.

While taking his shots, he saw how the basketball court functioned as the beating social heart of the town. 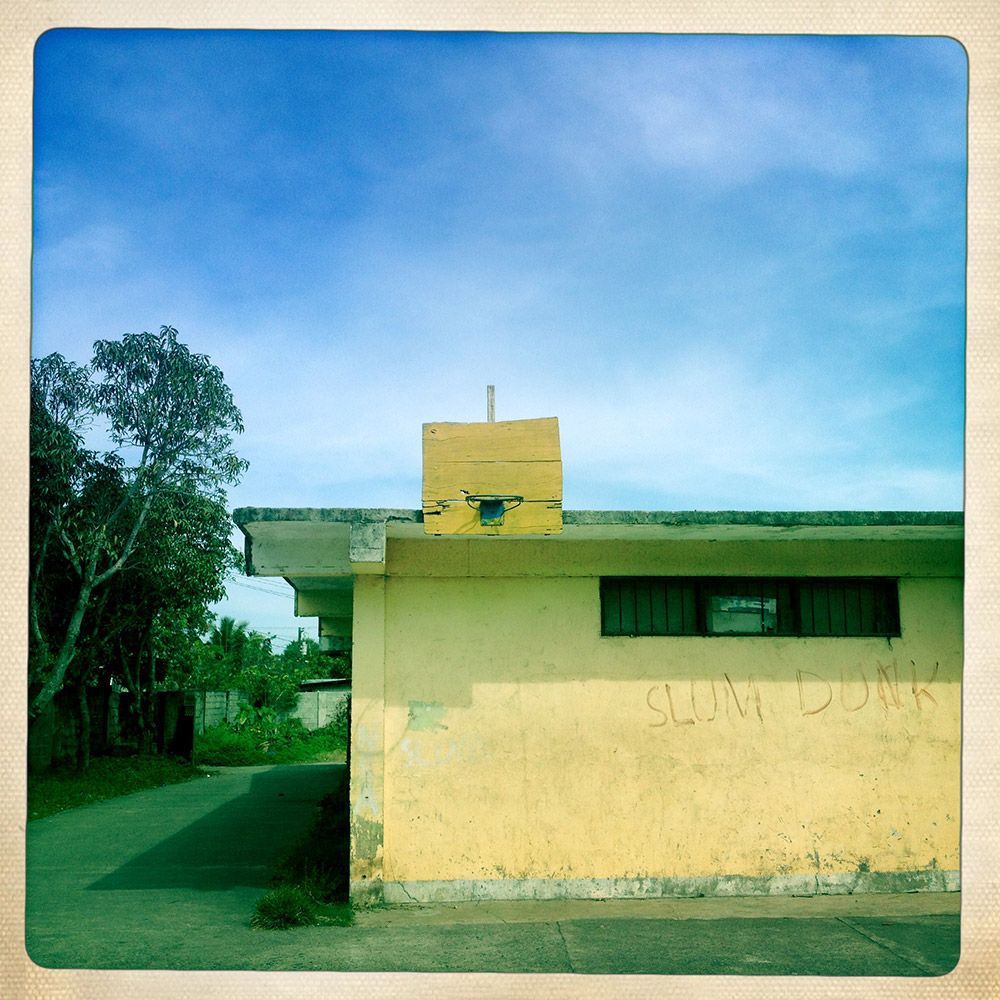 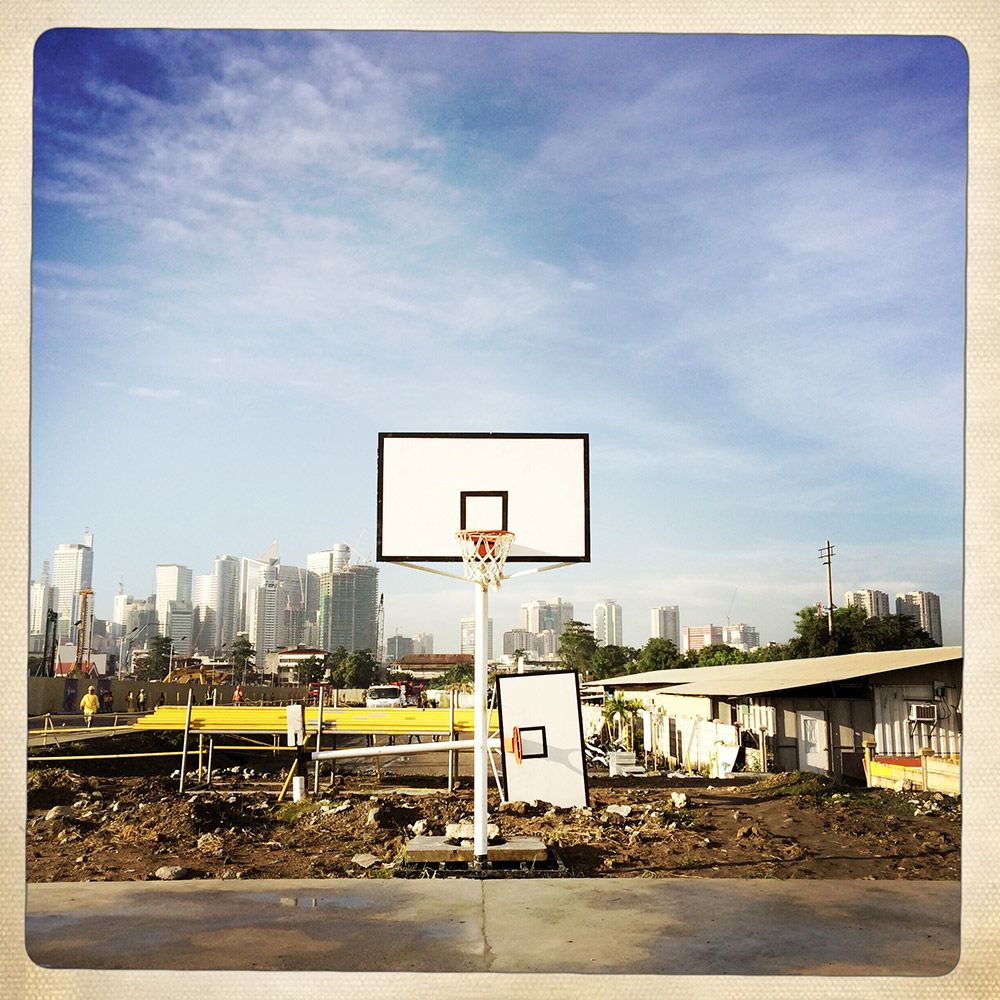 It happened often that when the photographer took photos of the court, residents would ask him to shoot a few baskets, or even join a pickup game. 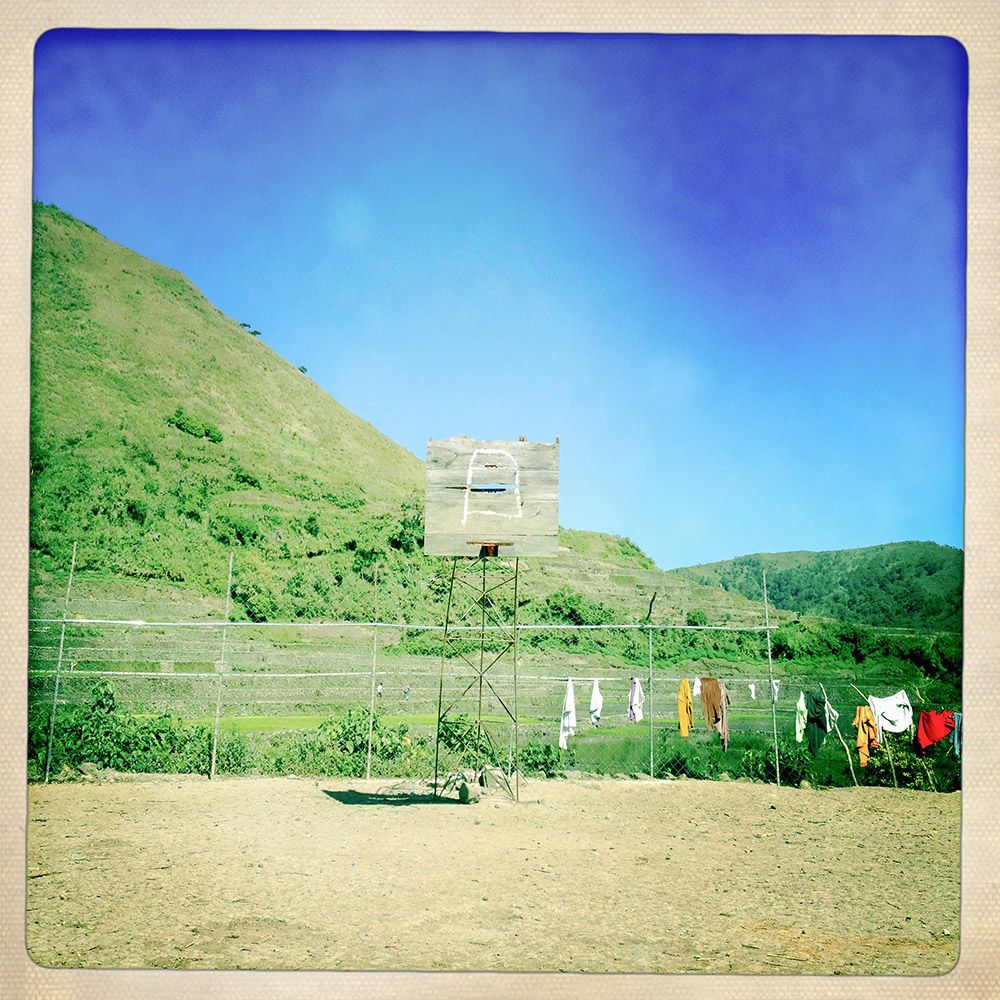 Strangely enough, his ongoing ten-year project has only been put up in an exhibit once — in Korea, back in 2015.

Verzosa also came out with two postcard sets featuring the pictures, one of which he says ended up in LeBron James’ hands during the NBA star's 2017 visit to the Philippines.

While his photos mostly show lone, solitary backboards, he's realized in his travels that basketball is inseparable from the Filipino spirit. 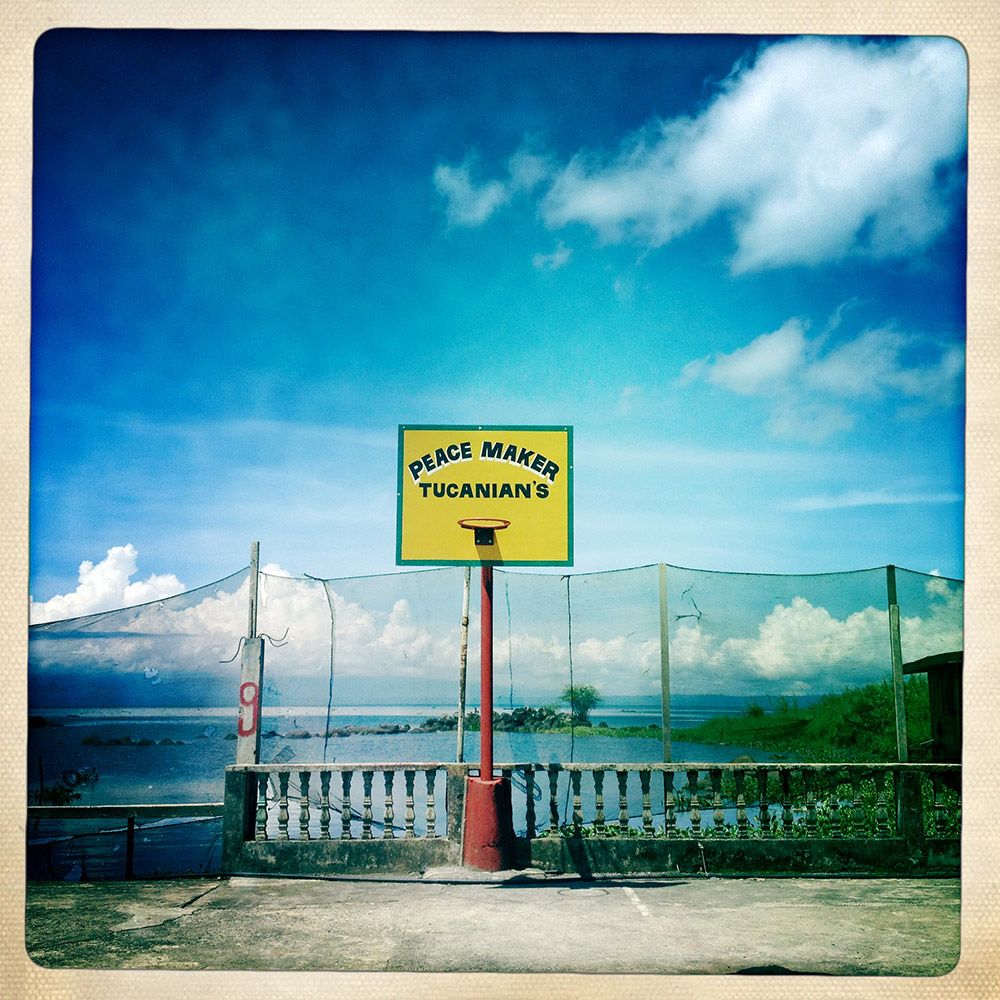 “Yung culture ng basketball is all around. Yun pa rin talaga na dominant na sport sa buong Pilipinas. It's a thing that unites everyone,” he said.