Unselfish PBA star. Barker turned frontliner. Martial arts champ and her timely advocacy. Selfless volleyball star. Most of all, a company boss with a heart of gold. Mabuhay kayong lahat.

AT a time when there is no sports event happening anywhere in the country, it is quite ironic that Philippine sports has found an abundance of heroes and heroines.

From billionaire Ramon S. Ang to barker turned frontliner Top Juliano, SEA Games martial arts champ Meggie Ochoa to PBA star Terrence Romeo, men and women from the world of sports have crossed over at a time when the nation needed them most as the world grapples with one of the worst crises in modern times.

It is different circumstances; a different time. No trophy up for grabs, no applause awaits anyone. But each one of these sportsmen and sportswomen stepped forward even when not asked and did acts of kindness that made life bearable for others during the coronavirus pandemic and brought hope to countless others.

We cite five of them, no one bigger than Ramon S. Ang. 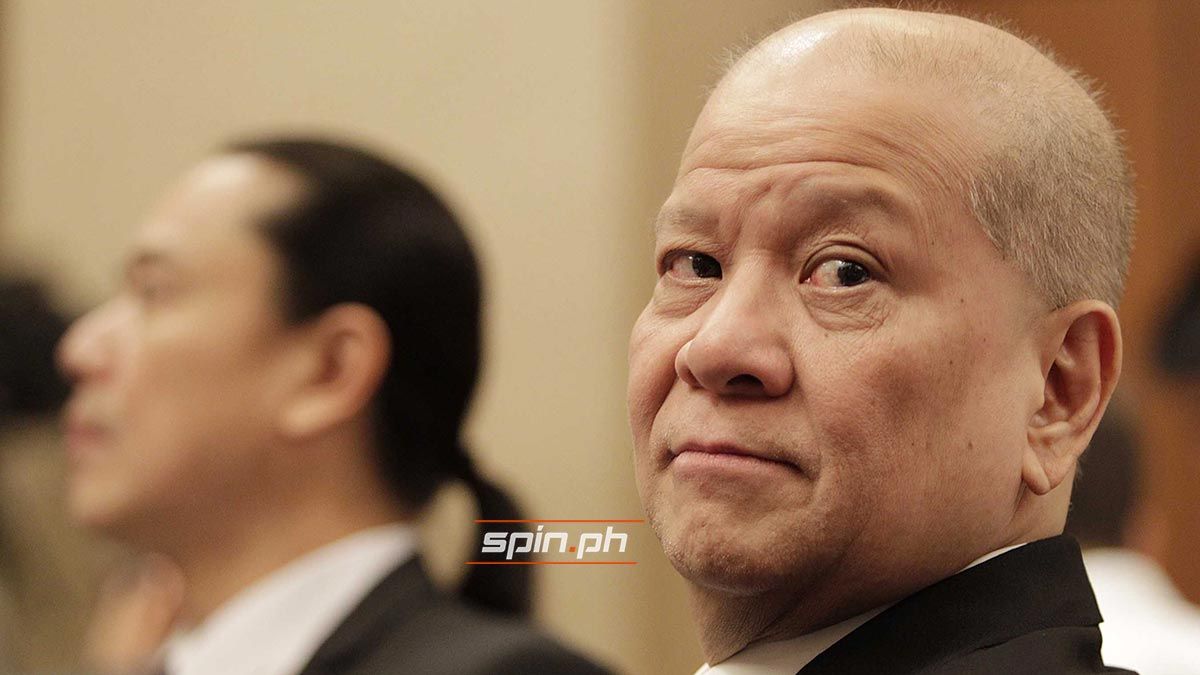 The world of sports knows Ang more as the hands-on owner of PBA ballclubs San Miguel Beer, Magnolia and Barangay Ginebra which, collectively, have won the pro league's last 10 championships - and 17 of the last 19 conference titles.

Ang is bigger in the world of business, where as president and COO he led the transformation of San Miguel Corp. into a highly diversified conglomerate and among the most profitable and stable in the country.

But profit margins and stock prices took a backseat as SMC, under the stewardship of Ang, led the massive response by private business when the country needed all hands on deck dealing with the dreaded pandemic.

Asked what prompted him to act decisively during the crisis, Ang said his response is rooted in the most basic values Filipinos are known for,

"When there is a lot of uncertainty, we only have to look to our Filipino values to guide our way forward," Ang added. "And most of all, we value life. We value our loved ones. Right now, saving should be our number one priority."

To date, SMC through Ang has committed more than P13 billion to the COVID-19 relief efforts and tapped every single unit of the business to help out, from Ginebra producing 1.22 million liters of alcohol for hospitals and NGOs to SMC Logistics making affordable market products available to consumers via Petron stations. 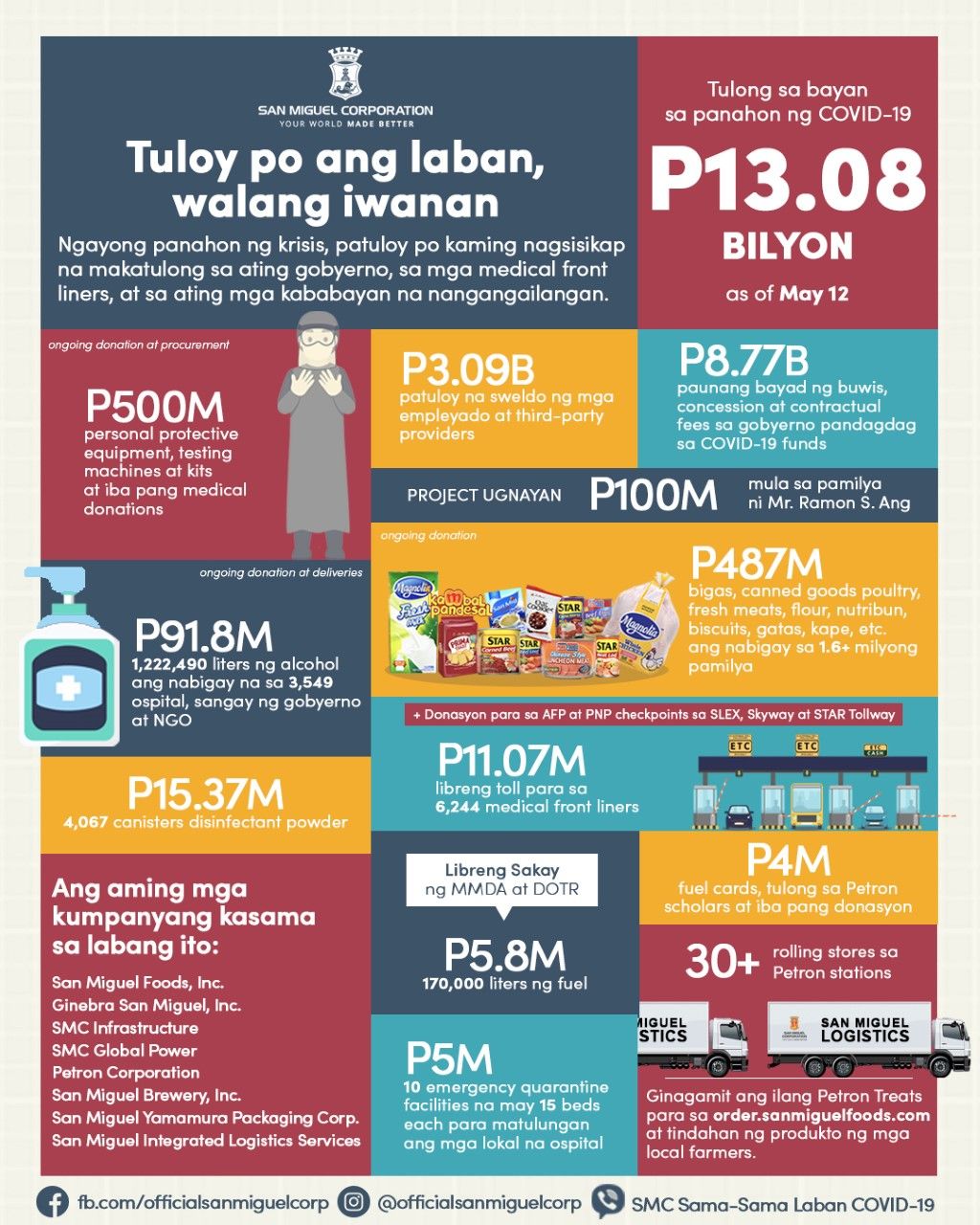 What about the welfare of the company?

Ang said there is a time to look after that. For now, he said the overriding goal is to save as many Filipinos as possible from the dreaded disease.

"This crisis will have a huge impact on the world economy, our own economy, and our businesses. But whatever we lose now, with enough time and hard work, we can work to gain back," Ang, a former Executive of the Year awardee by both the Philippine Sportswriters Association (PSA) and the PBA Press Corps, said.

"Right now, many lives are at stake. We can never replace a life once it’s lost. So we have to protect it with everything we’ve got." 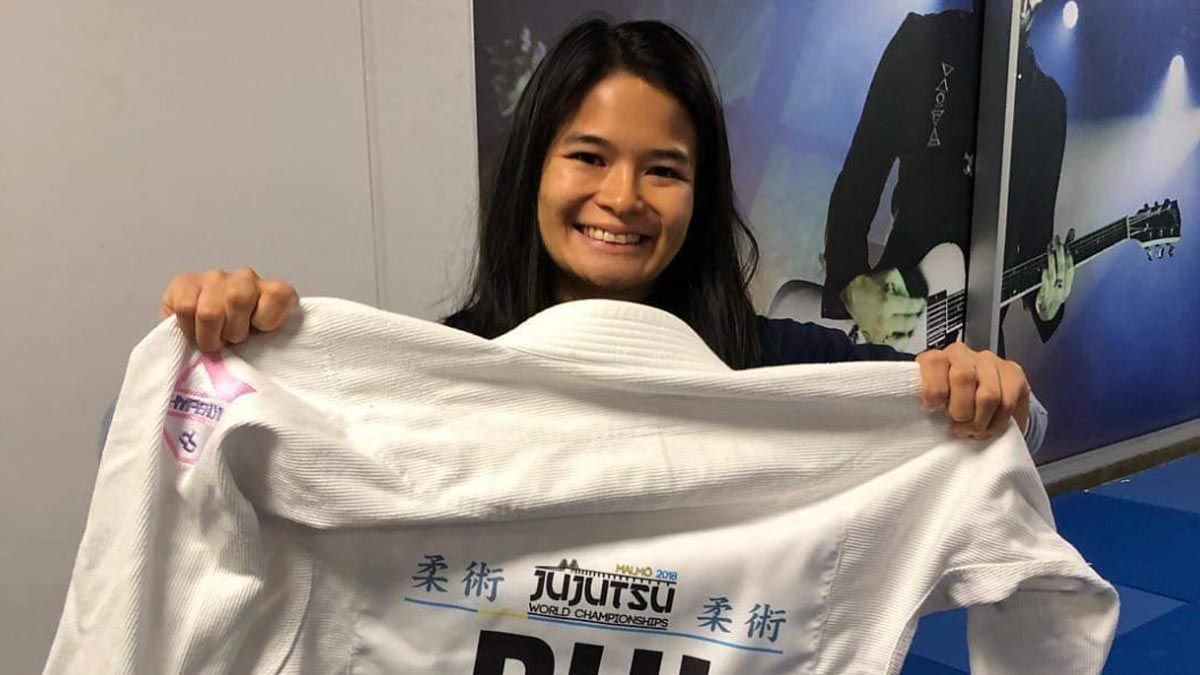 The reigning Southeast Asian Games jiu jitsu queen is nothing new to noble causes, using her stature and clout to champion the cause of children. It was an advocacy that won her a spot in SPIN.ph's elite list of Top 10 Sports Heroes for 2019.

The coronavirus pandemic - and the ensuing quarantine enforced by the national government - spurred her into action, knowing full well that minors face a greater danger of maltreatment with most family members stuck at home.

She launched the Fight To Protect movementin 2018, aiming to nurse child victims, orphans, and survivors of sexual violence and online sexual abuse by introducing them to jiu jitsu.

Ochoa is aware the bigger risk that kids face at this time was online, the reason she partnered with other organizations to initiate Project S.A.F.E. (Support and Awareness to Fight Exploitation) to combat online sexual exploitation of children (OSEC) in its hotspots in the country.

“Home quarantine because of the virus adds to the risk factors that allow sexual violence to happen to children, both in person and online," Ochoa said.

Aside from the awareness drive, Ochoa's group and its partner organizations have also raised funds to be able to distribute what they call 'safe packages' in Taytay and Iligan, where OSEC has been rampant in the past years.

"This way, the communities in the locale won’t resort to the crime just to meet their needs," the group said. 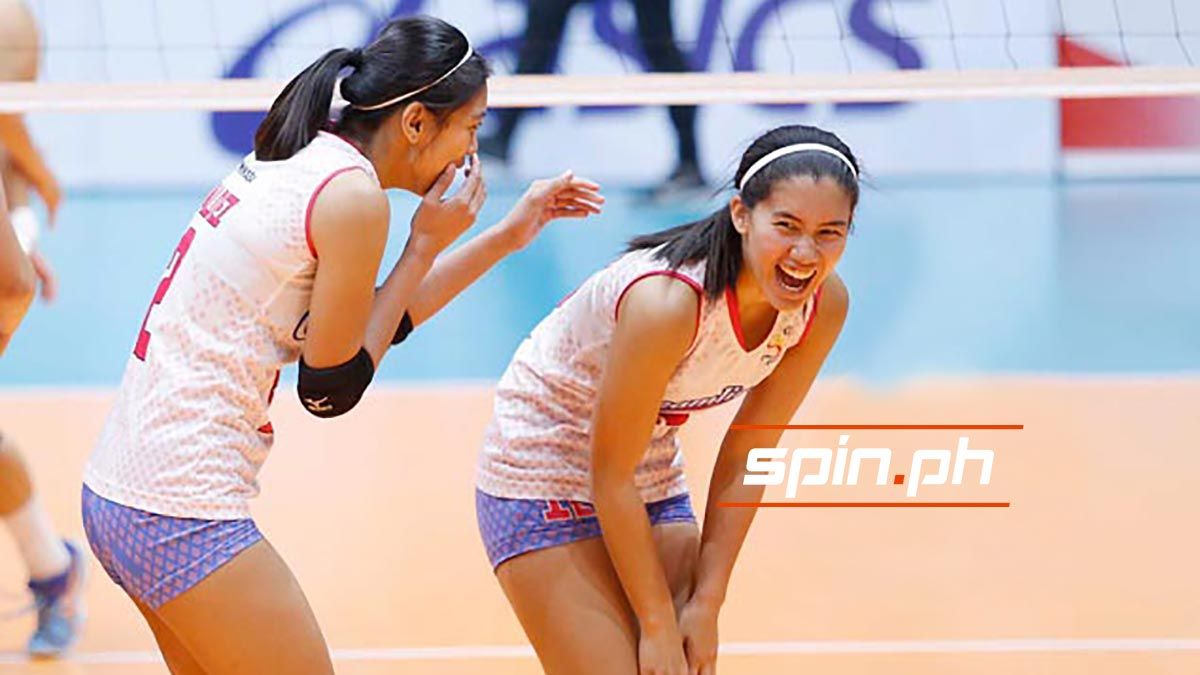 At a time when top athletes are mostly idle, Julia Morado is busier than ever as she steps into the forefront in the COVID-19 relief efforts.

Her aptly titled 'Every Little Thing Counts' campaign has made a big impact in the relief efforts. In its initial run, the campaign was able to donate PPE sets to 14 hospitals and distributed thousands of food packs. Phase two is now underway.

More than anything else, Morado's efforts only shows that a little sincerity can go a long way in time of crisis. 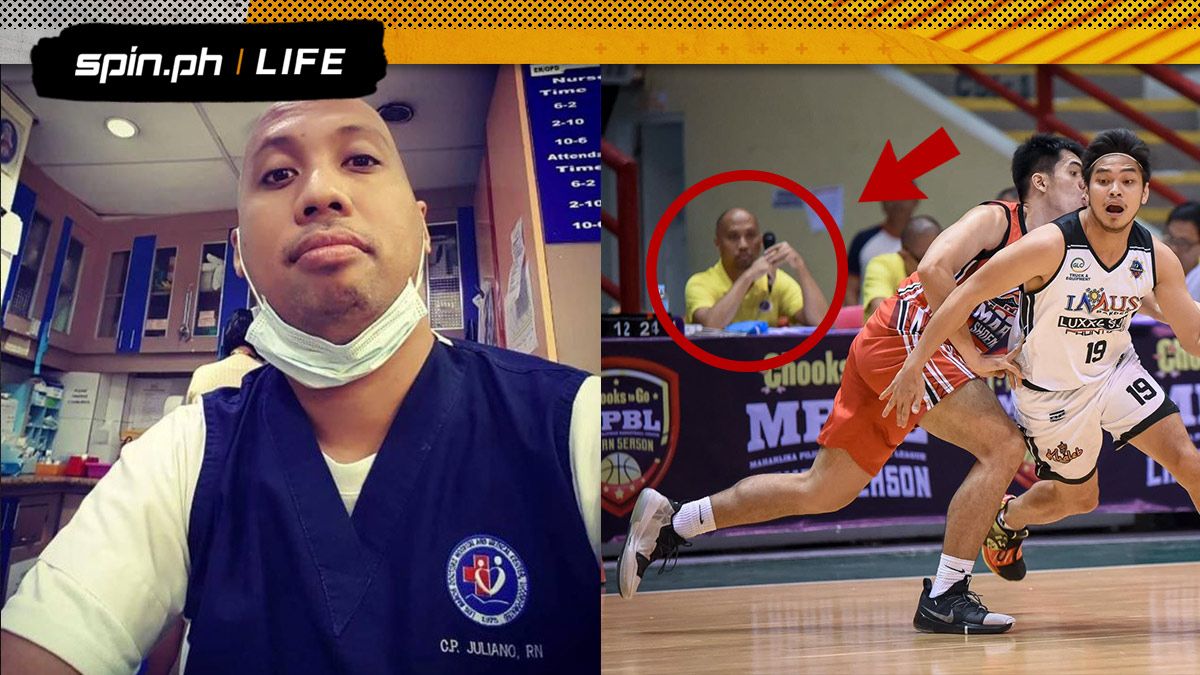 When sports came to a halt, the MPBL's resident barker didn't think twice about moving to the frontline in the fight against the coronavirus pandemic.

With Luzon island under an enhanced community quarantine, Top Juliano has returned to his roots to serve as a registered nurse in his hometown of Los Baños, Laguna to help in containing the spread of COVID-19 in the city.

Listen to Juliano in this SPIN Sidelines interview by Reuben Terrado:

Salute to this guy. 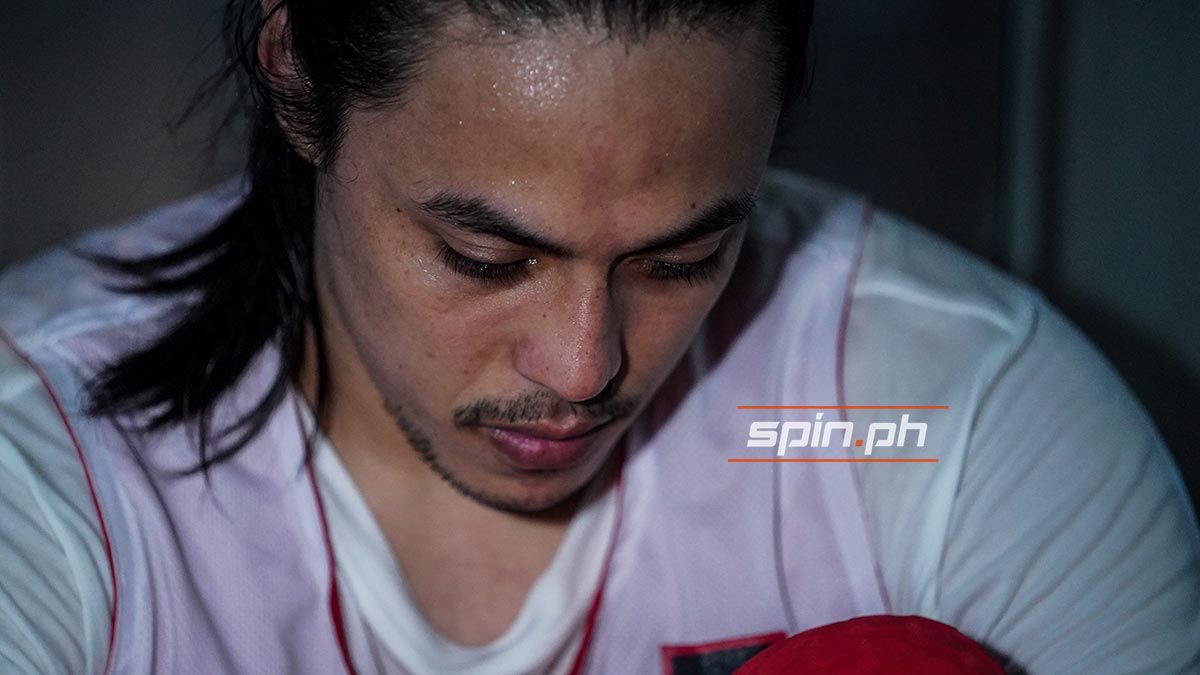 Terrence Romeo has been described in so many ways during his basketball career: flamboyant, controversial, prolific, temperamental, and so on.

The pandemic has brought to the fore a little-known facet of the PBA star, who without much fanfare has gone over and beyond to help out, either by donating food and medical supply to hospitals or relief packages to poor communities.

SPIN.ph learned about Romeo spending the equivalent of his one-month salary to make donations by accident, through a friend who felt such acts should be highlighted in order to inspire others into action.

Last we heard, the enigmatic guard has done a lot, lot more - all the while granting zero interviews about his good deeds.