THE Philippines men’s cricket team hopes to go one better at this year’s East Asia-Pacific regional championship in Australia this November.

The Filipino batters, powered by Globe business, managed to barge into the finals of the tournament in 2011, but fell short at the hands of host Samoa.

But after undergoing a buildup and acquiring some key pieces, the team, led by Fil-Australian all-rounder Jonathan Hill and Fil-Indian specialist bowler Harbinder Dole, is now aiming for a bigger stage - the world.

The 14-member national team squad, ranked 58th out of 117 countries, will travel to Lismore, Australia in November to play against Indonesia, Japan, Papua New Guinea, Samoa, Fiji, Vanuatu, and the Cook Islands.

Philippines coach Iain Sinclair believes his team has the ability to go further this time as Philippine cricket has gone from strength to strength in years.

“We’re a much better team now,” Sinclair said. “In 2011, we probably lacked the experience and the stamina to win. This time around we’re better prepared physically and mentally. Our players now have the belief that they are good enough to compete at the top level.”

If the team wins the tournament, it will be in a commanding position to qualify for the T20 Cricket World Cup to be held in India in 2016, a first for the Philippines in the history of the sport.

“If we can make the T20 World Cup, it will be a tremendous boost for the development of cricket in the Philippines,” Sinclair said. “It’s estimated that 1.5 billion people, or around a quarter of the world’s population, watch the event.”

Though he is confident of the chances of the Philippines to avenge our 2011 loss, Sinclair said he believes the road to the championship will still be tougher as world No. 17 Papua New Guinea and Vanuatu are coming back to the tournament.

“Samoa won it last time but PNG and Vanuatu didn’t take part last time, they were exempted last time because of their (superior) world rankings, but now they have to compete against us,” he said.

“Certainly we can beat Samoa, the other two? Well we have to prepare harder,” added Sinclair, who steered the team to victories against Indonesia, Tonga, South Korea and Cook Islands to earn a finals berth in the tournament’s last staging.

Aside from taking the national team to International Cricket Council-sanctioned events, the Philippine Cricket Association is also vigorously bringing the sport to the grassroots level.

Sinclair claims that more than 5,000 children in schools throughout Manila play cricket.

“That number is expected to double by the end of the year, and plans are in place to expand junior leagues and establish a women’s competition,” said the PCA executive director. 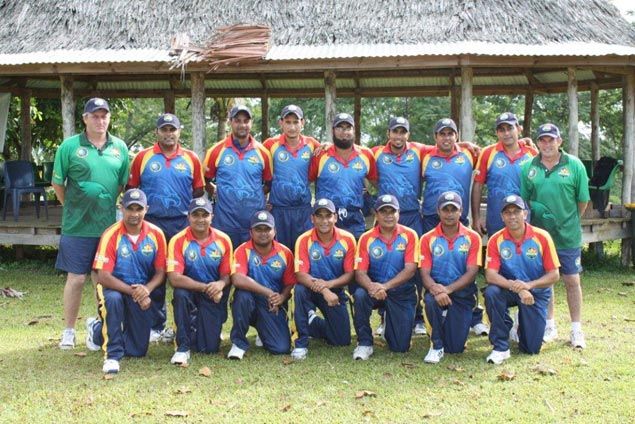