THREE years ago, Ceej Tantengco sat down to write a wishlist of social media things she’d love to see in the PBA.

At the time, the PBA’s social media looked like a “whitespace” to her — a classic business term that meant a wide-open field, just waiting for someone to take charge and own it. 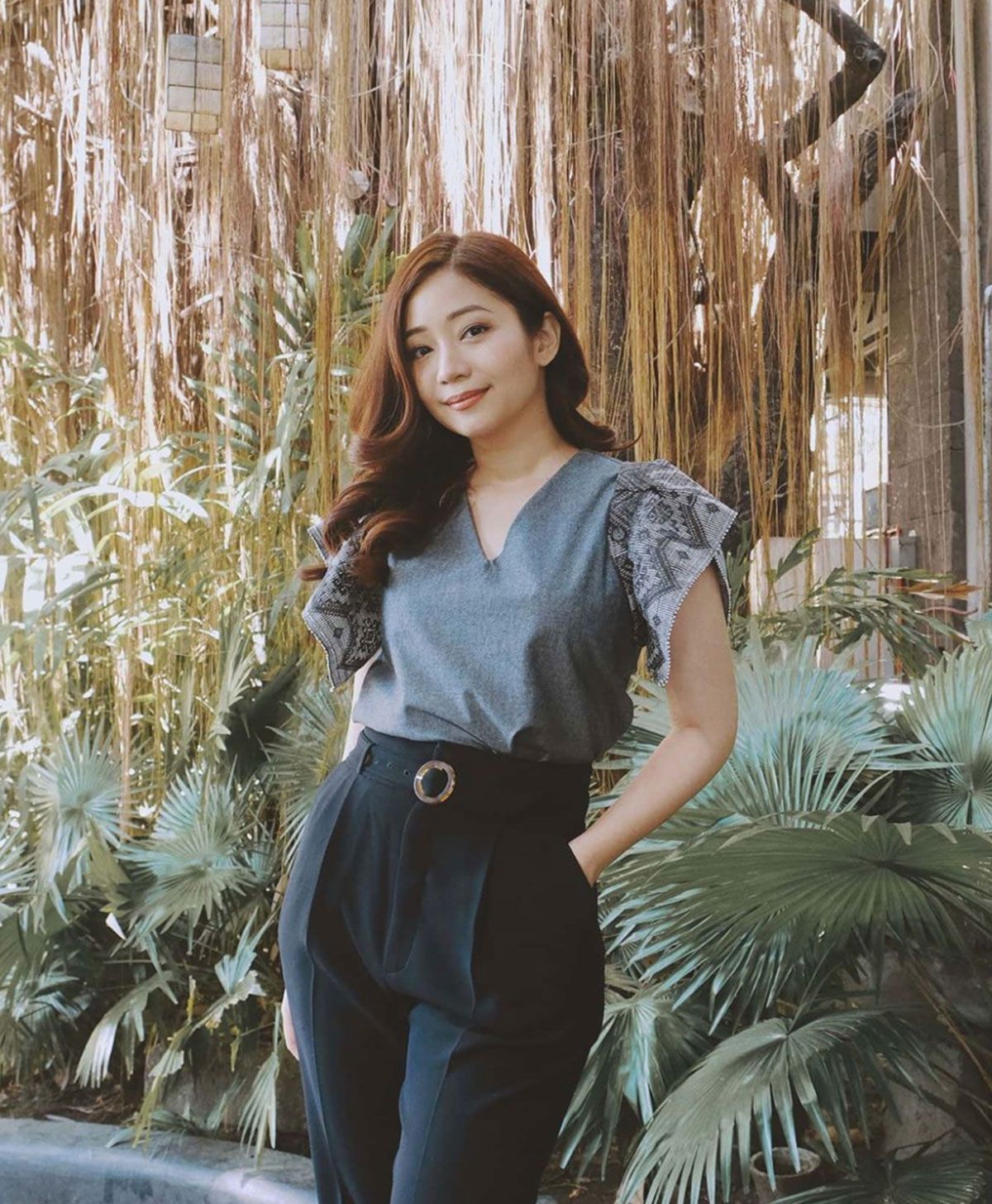 Tantengco had been an NCAA courtside reporter, a TV producer, and a multimedia reporter, but she was also a basketball fan who would sometimes scroll across NBA social media feeds with fellow sports journalists and wonder: Why isn’t any team doing this here?

“Pangarap ko dati pa na, when I would hang out with my friends na sportswriters, sana yung mga PBA teams, meron parang sa NBA, kasi ang ganda ng social media sa NBA,” she recalled. “Pero we never thought that we'd be in the position to do it.”

Remember, this was 2017, a lifetime ago in social media terms. The Clips were tweeting Evil Kermit memes, Embiid was posting #RIPHarambe. Tantengco had some ideas of her own for the local league. 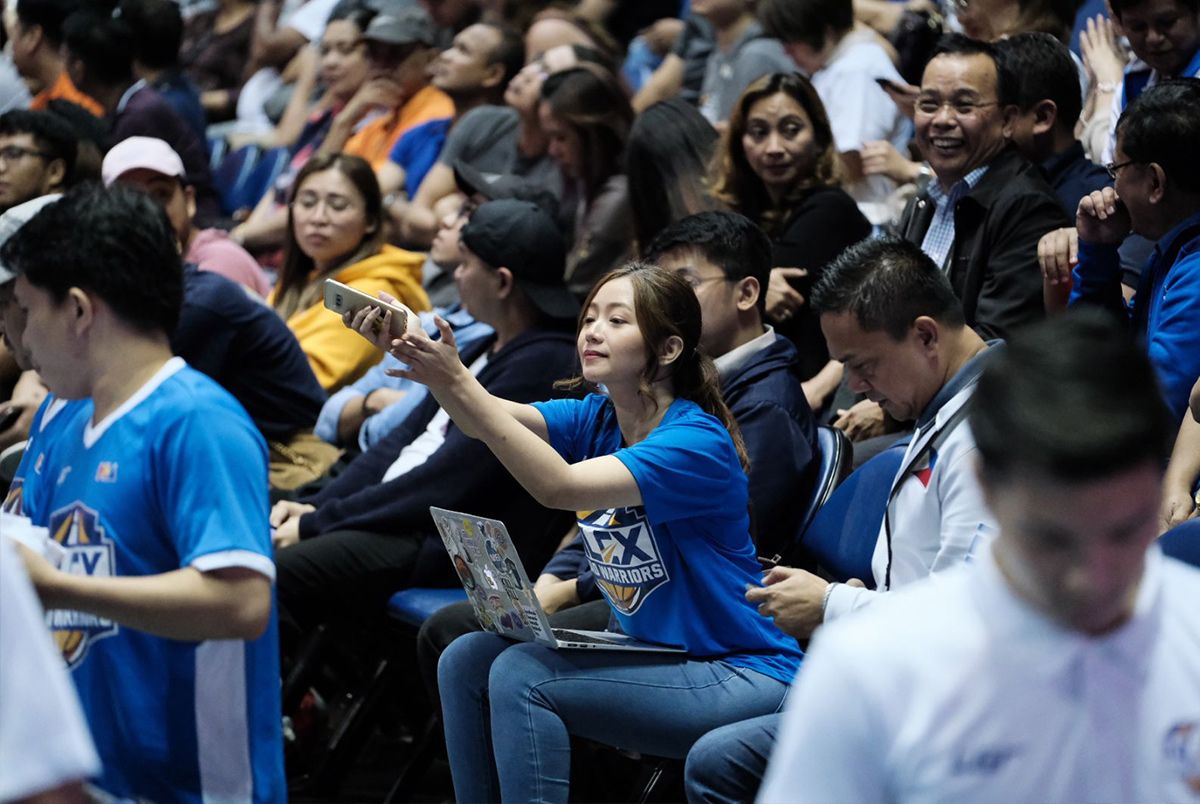 What if: JayJay Helterbrand and Mark Caguioa, in a Fast and Furious-style farewell video, with Wiz Khalifa playing in the background?

What if: Giveaways for fans with in-arena tweets?

Despite the sheer corniness of that last one, people sat up and took notice. A month later, as the new year brought in a fresh flood of new memes (Kylo Ren pants! Car swerving to an exit ramp!), Tantengco got a call from the top management of NLEX. Rod Franco, its PBA governor, wanted her to pitch ideas for the social media accounts of the Road Warriors. One week later, she was presenting slides in front of Yeng Guiao.

And the week after that? She was on the court, interviewing players in practice, ready to take on her new job running the social media pages of NLEX. 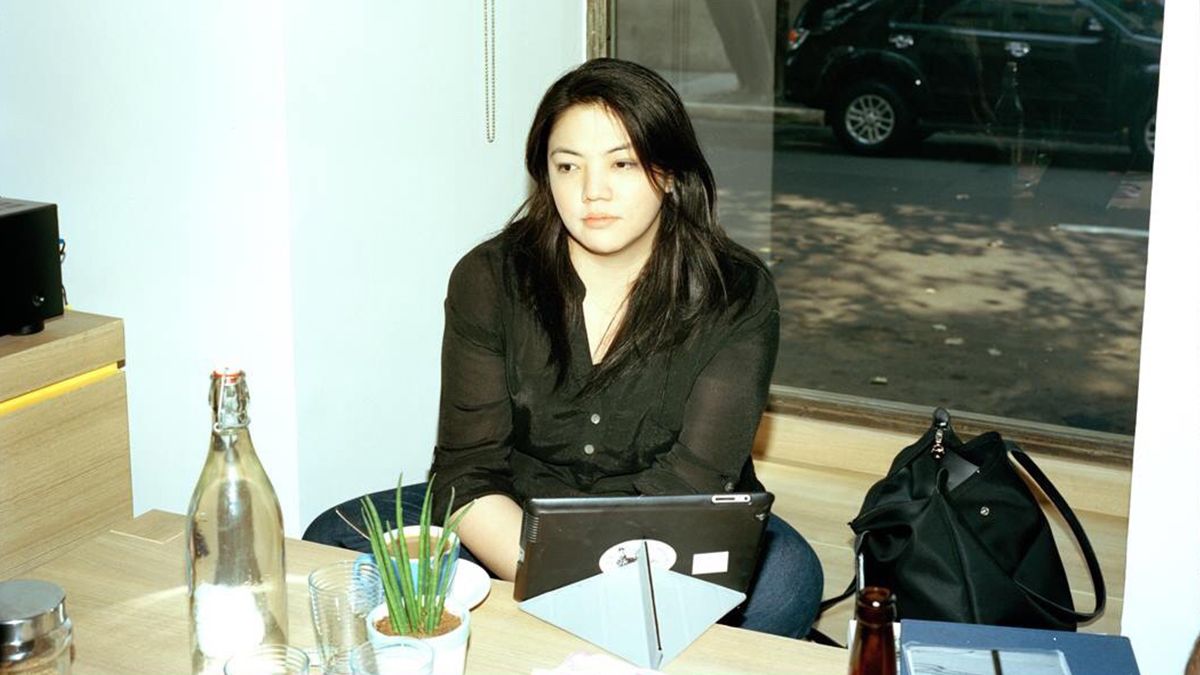 A few months later, in June 2018, Tammy David took on a similar job. At Evident, the agency where she currently worked, a slot opened up to lead the Phoenix Fuel Masters’ social media, which had been in place since 2016.

“I had to take it,” she said. “It was that time na... when you're 35, everyone was losing their jobs, and you kinda have that mentality, try something new! Out of your comfort zone!”

It was the last job anyone had ever expected her to take. Before she joined the agency, David had made a name for herself as a multimedia journalist, landing assignments for the Wall Street Journal and Monocle, mounting international exhibits of her own at upscale art galleries, and covering Leyte in the wake of Typhoon Yolanda. Unlike Tantengco, she had zero knowledge about basketball.

“Look at me, [this] konyo bitch,” she said of her first months on the job. “You're overweight, you're in all black, half the time you're Ingglesera. I'm not going to lie, people think that I'm an asshole. Syempre, I [came into] in Phoenix like that.” 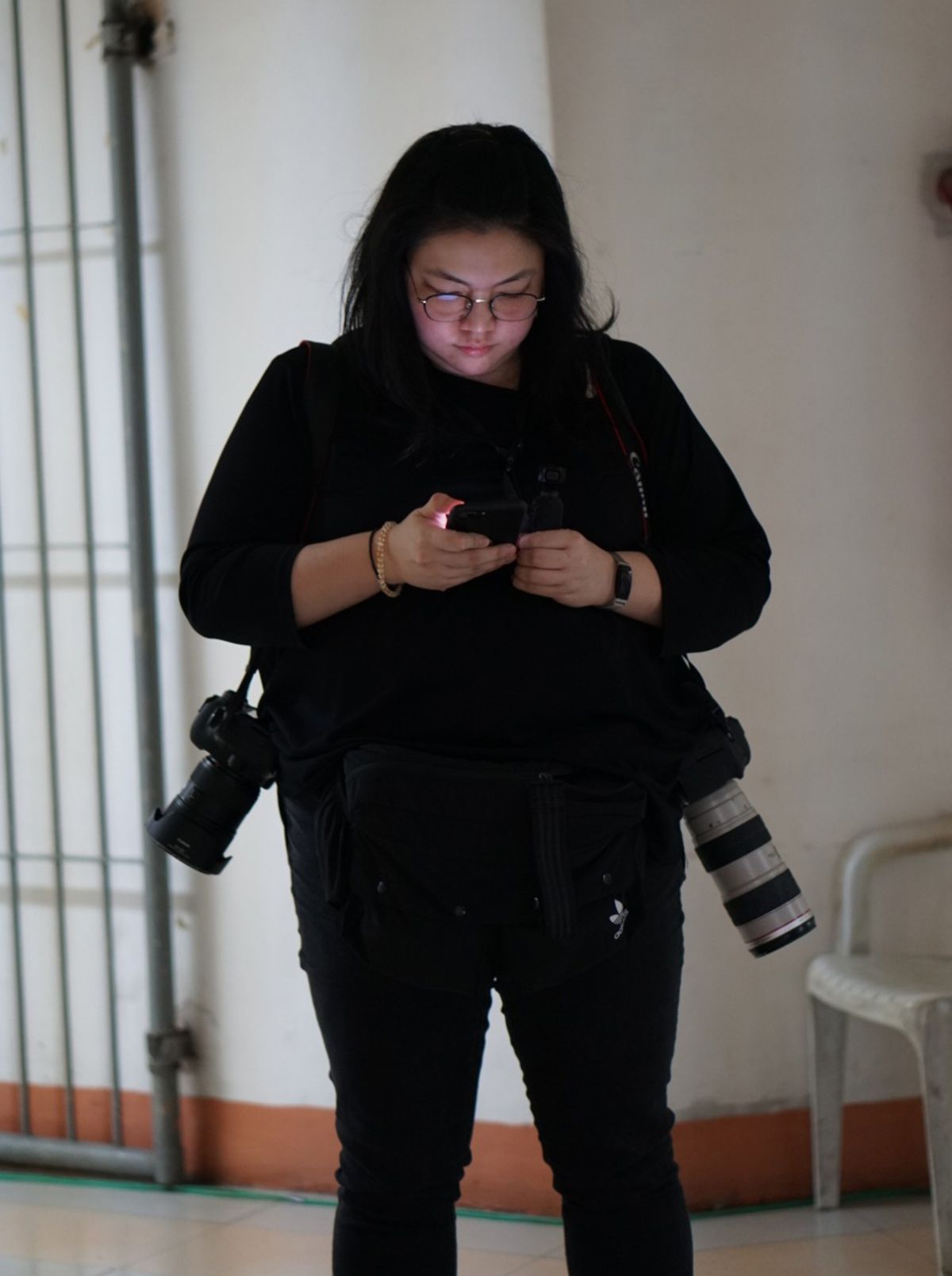 She had no clue what she was going to do. But little by little, she started taking the job seriously. In a way, it was just like being a reporter again. You had to get the team’s stories out there. And it wasn’t just about telling that story — it was about presenting yourself so that people would give it to you in the first place.

“I knew my place. They are my clients. They are my boss. Everyone from the governor down to the utility boy,” David said.

The players, intimidated at first by her formidable presence, began to warm up to her. Justin Chua became her first friend. But soon, even the others — most calling her Ate Tammy, Ma’am Tammy, or a painfully polite version thereof — would be shouting out her name when they ran into each other in Starbucks.

More importantly, she stopped putting her feet up in practices and began to seriously think: How do I make Phoenix’s social media pages better?

And then Calvin Abueva arrived.

Coming of the beast

Phoenix had just closed out the Commissioner’s Cup with a depressing 4-7 win-loss record. Meanwhile, The Beast had been slammed with an indefinite suspension by Alaska management before finally being traded away to the Fuel Masters in August 2018.

Whatever else the Beast brought to the table for the beleaguered team, legions of admirers were part of the package. “We could not handle the amount of fans who demanded, where is our idol? Take care of our idol!” David said.

Phoenix already had a small clutch of loyal followers. But Abueva was a turning point. “I totally get it," said David. "Charismatic siya. And of course we started winning. When we started winning, people took notice.” And then the team’s follower counts began climbing. They'd started the year at 140,000 fans on Facebook — by the time the year finished they'd rolled past 200,000.

All the months David and her team had spent laying the groundwork paid off. In Phoenix’s BC (Before Calvin) era, they had set up processes for a better, smoother, bigger social media presence. “The hunger or the curiosity of the Calvin fans and haters, it was just too much. I was thankful that [my agency] was so professional, we always built systems and workflows. Buti na lang it matched the hunger, so di kami nangapa.”

Meanwhile, on the NLEX side of the fence, Ceej Tantengco had just finished dealing with a crisis of a different nature.

On May 28, 2018 at 9 a.m., she was called to a meeting with Road Warriors management. There would be a press conference later that night. The Samahang Basketbol ng Pilipinas would reveal the FIBA decision that found that Kiefer Ravena had unknowingly ingested banned substances, and that he would be ineligible to play.

The initial reports were scathing. Tantengco locked herself up in the meeting room, and wrote the NLEX statement. Then, she spent the whole day calling up contacts in the media, feeding them advanced (but embargoed) information about FIBA's decision, as well as the Road Warriors’ statement of support. She wanted to make sure reporters knew the entire story, even before the presscon began.

She was the team social media manager. It wasn’t her job. “[But] when shit happens, I do the PR,” she said. “If someone gets in trouble, [I help] manage the situation.”

When her team put their ear on the ground one day after the press conference, the tides had receded from the initial backlash against Ravena. The general mood had turned from condemnation to sympathy.

“When we did social listening, 99% of comments had turned positive, from over 50% negative. #WeStandWithKiefer organically trended nationwide,” she said. “I don't want to reduce it to just numbers and statistics, but the important thing for us there was that we were able to tell the truth with what happened with Kiefer.”

As Calvin Abueva was racking up the points and wins at Phoenix, Ravena turned his unintended vacation into a goodwill tour, speaking out against performance enhancers in team-sponsored roadshows.

And behind both players, bringing news and stories both on court and off, were the unseen gears of their teams’ social media machines. 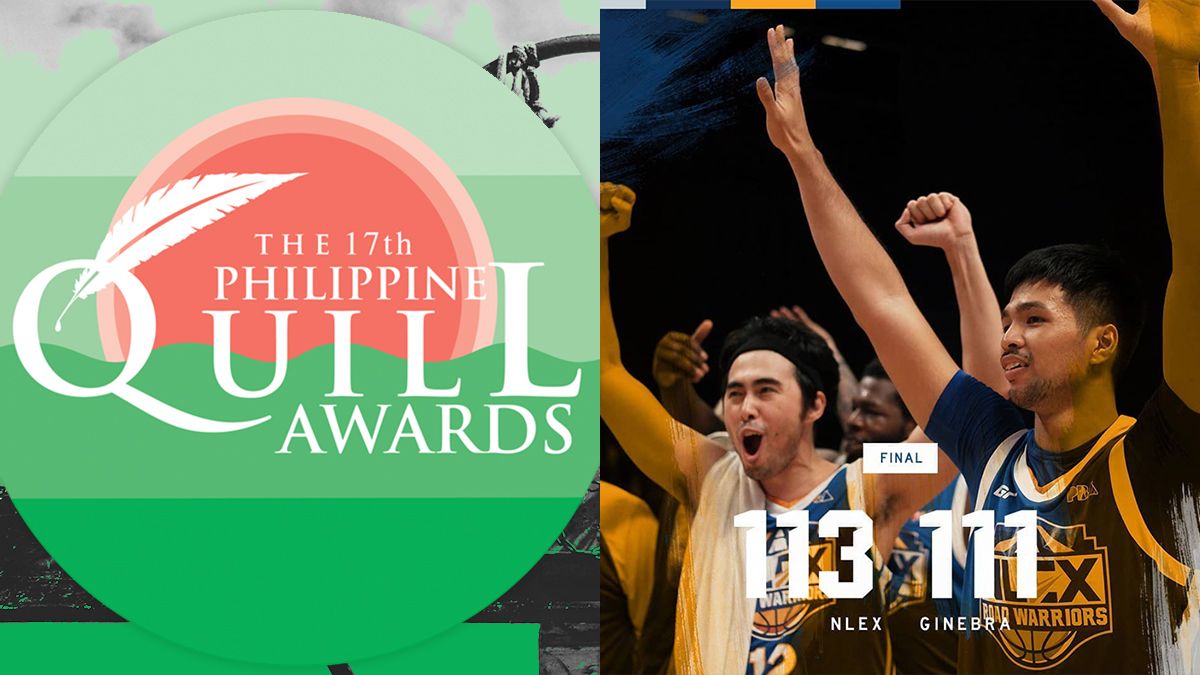 In 2019, their work became more visible.

On October of that year, NLEX became the first-ever PBA squad to send a social media team to cover an international event. And by "social media team", that meant, of course, Tantengco — flying solo as strategist, producer, caption writer, photographer, and all-around hype person.

With no live coverage, many were tuned into NLEX's social media to get updates. It was a vindication, and validation, of everything Tantengco had worked for.

It was also in 2019 that the social media teams of both the Road Warriors and the Fuel Masters won PR accolades — a Quill for Phoenix, and an Anvil for NLEX.

Both award-giving bodies acknowledged how both teams built strategies around squads that weren't exactly championship contenders.

Tantengco said to SPIN Life: “One of the questions people have is, bakit mo naman todong ipo-promote ang team kung di naman sila nananalo? Actually, all the more reason that you should promote. We root for [teams] because of their character, because of what the team stands for, because we can relate to their struggles.”

The Phoenix Pulse social media manager also thinks of her job as future-proofing a league that’s old enough to have kids. “[PBA] fans are getting older. And [the PBA] want[s] to reach the younger fans. And [these] fans, they consume everything online. You know, all the sports are going on a digital-first strategy.”

It’s something even the PBA itself recognizes. In a previous interview with SPIN Life, current social media head Mich Flores noted: “Our digital platform has been already in place since 2010, and right now we’re stepping it up, still improving since mas marami na ang nag-u-utilize ng social media.”

Even kume Marcial, Flores said, was messaging them hot tips for possible posts. 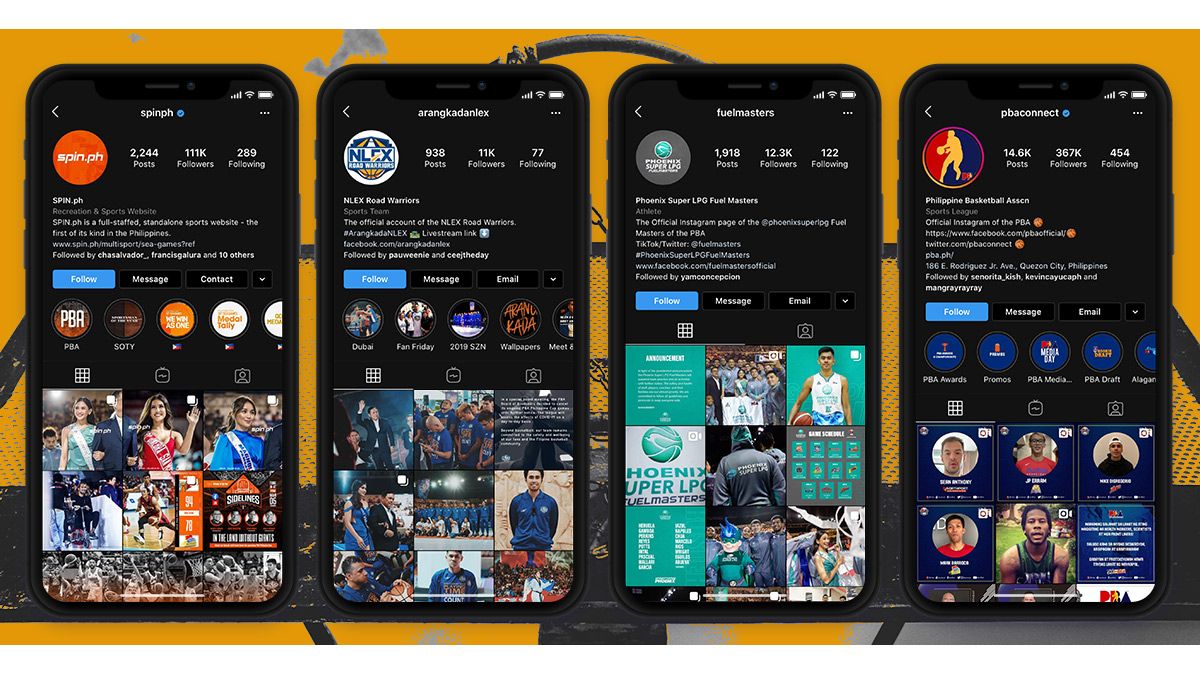 Socmed is continuously evolving. Your social media hype could be winning prestigious public relations industry awards, but the landscapes change as fast as the memes. Heck, even the PBA players are starting to get on TikTok.

So what would it take for someone to succeed in the wild frontier of sports social media?

As Tantengco's Dubai experience showed, a social media strategist for a sports team should get used to wearing many hats. She also believes that you need to know your team inside out.

She said: “I think fans are smart enough to know when a person [on social media] doesn't actually know the team. [You need to be able] to bring in a quote from the dugout or bring in something that Coach Yeng said and relate it to that.” It’s only by knowing your team — their hardships and their wins alike — that you can tell the right story.

Both she and David keep going back to that concept. And they're not just saying that as former journalists. After all, isn't that the essence of a hashtag, a post, a docu series, a happy birthday greeting on Instagram, or even a crazy TikTok dance: the story?

“You have to have the instinct," said David. “You should know how to be a good storyteller. Better to be somebody who has ideas and stories than someone who's technically proficient. You should work on that muscle to know a good story. You have a caption, a photo, you have to ask: Who's going to care about this?"

There isn't any better place to do just that, she added. “The PBA has a million stories.”