This was the plea of a long list of sports personalities who showed dismay at the viral clips of the suspicious VisMin Super Cup match that happened between Lapu-Lapu City and Siquijor on Wednesday night.

As seen in a series of videos of a game that was called off at halftime, the peculiar game saw players blowing off wide-open lay-ups and easy free throws.

Netizens weren't the only ones reacting vehemently to the clips.

Last night, we reported on Kiefer Ravena and Mighty Sports' Charles Tiu's reactions. But since then, even more personalities — PBA players, college superstars, coaches, team managers, even athletes of other sports — took to social media to share their sentiments about the questionable plays.

Aside from his initial tweet, NLEX star Kiefer Ravena left a few comments in the video uploaded by basketball page Hoopjunkie on Instagram. 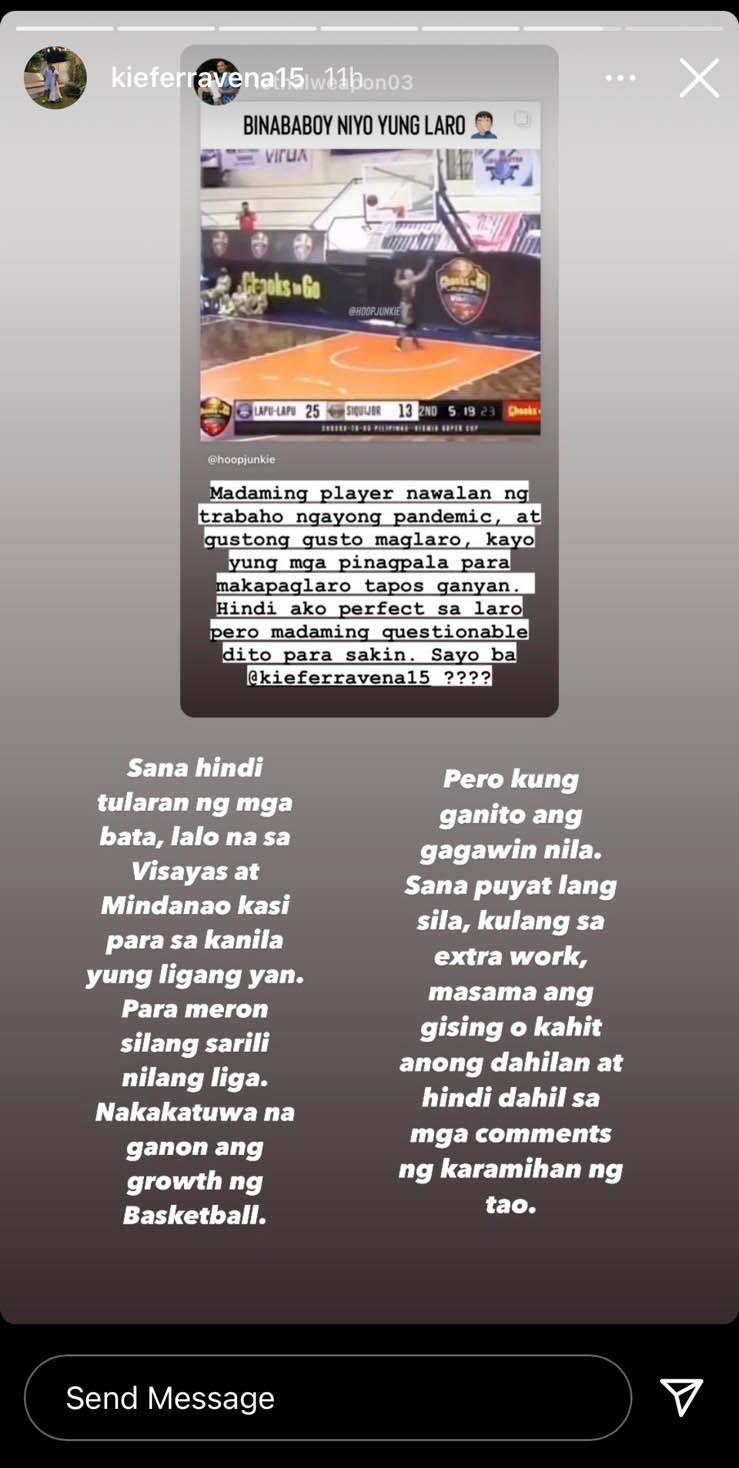 Ravena also reposted a couple of videos in his IG story, tagging a few PBA players and even writing a longer caption. 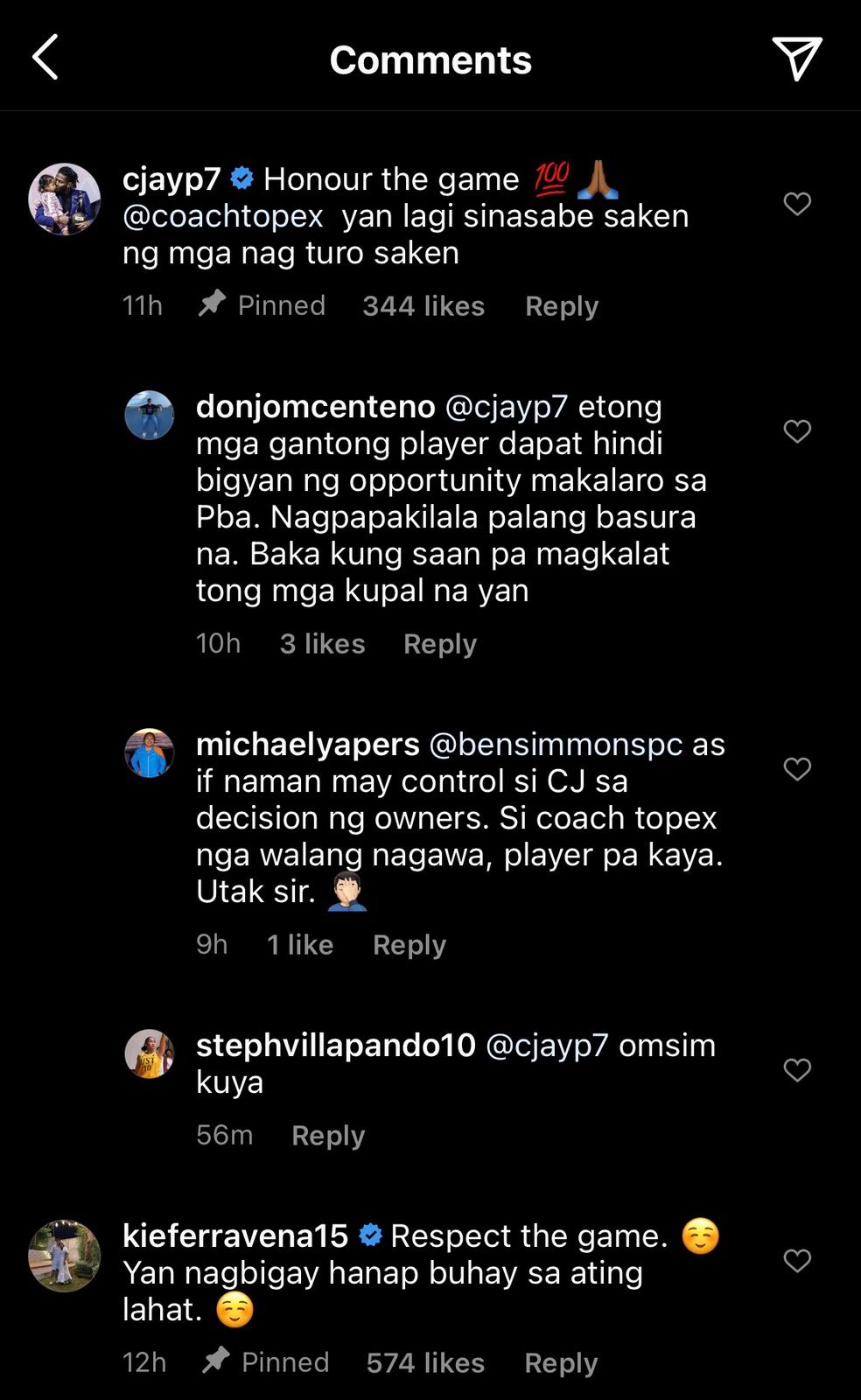 Magnolia veteran big man Marc Pingris was furious after watching the video. He condemned the suspicious acts in the comments section of the viral post.

His teammate, seasoned guard Paul Lee also weighed in and expressed his dismay in a thread of Instagram stories. 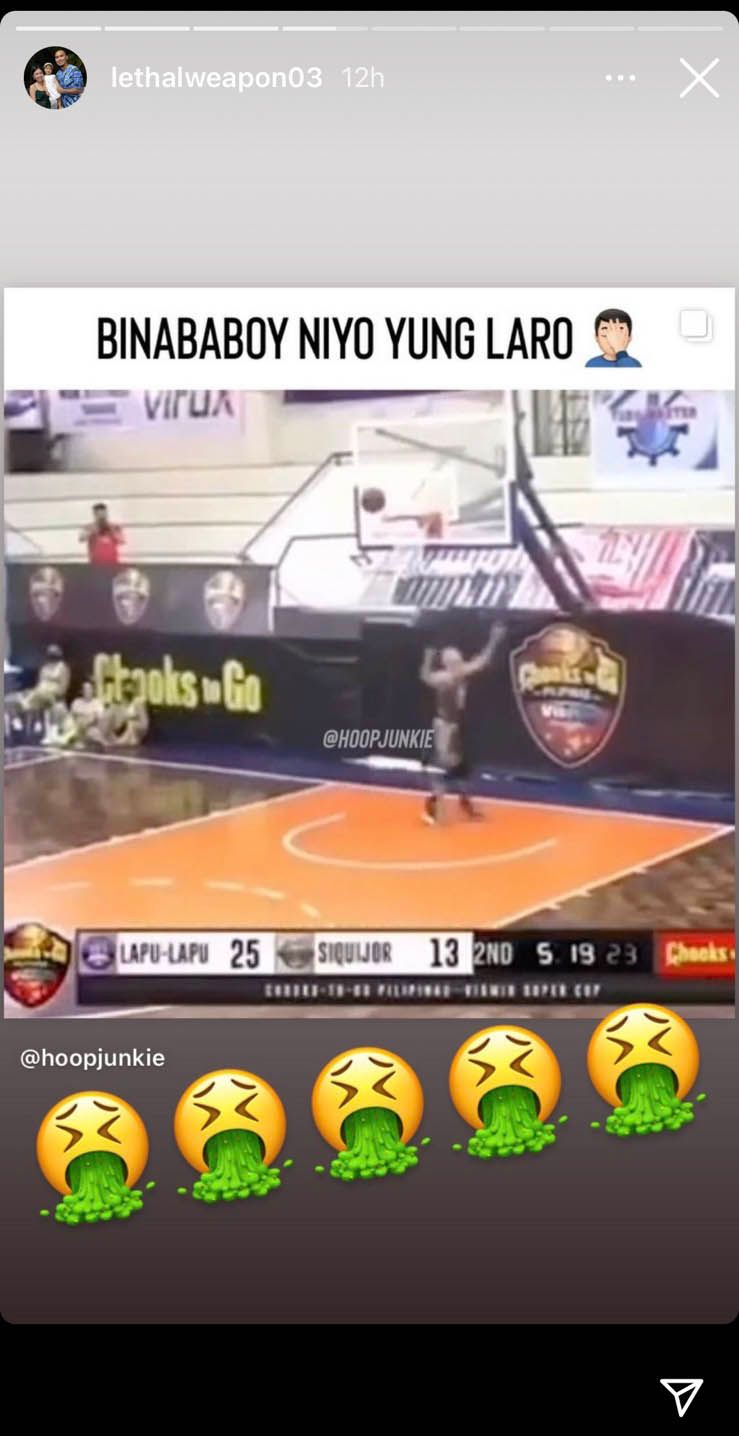 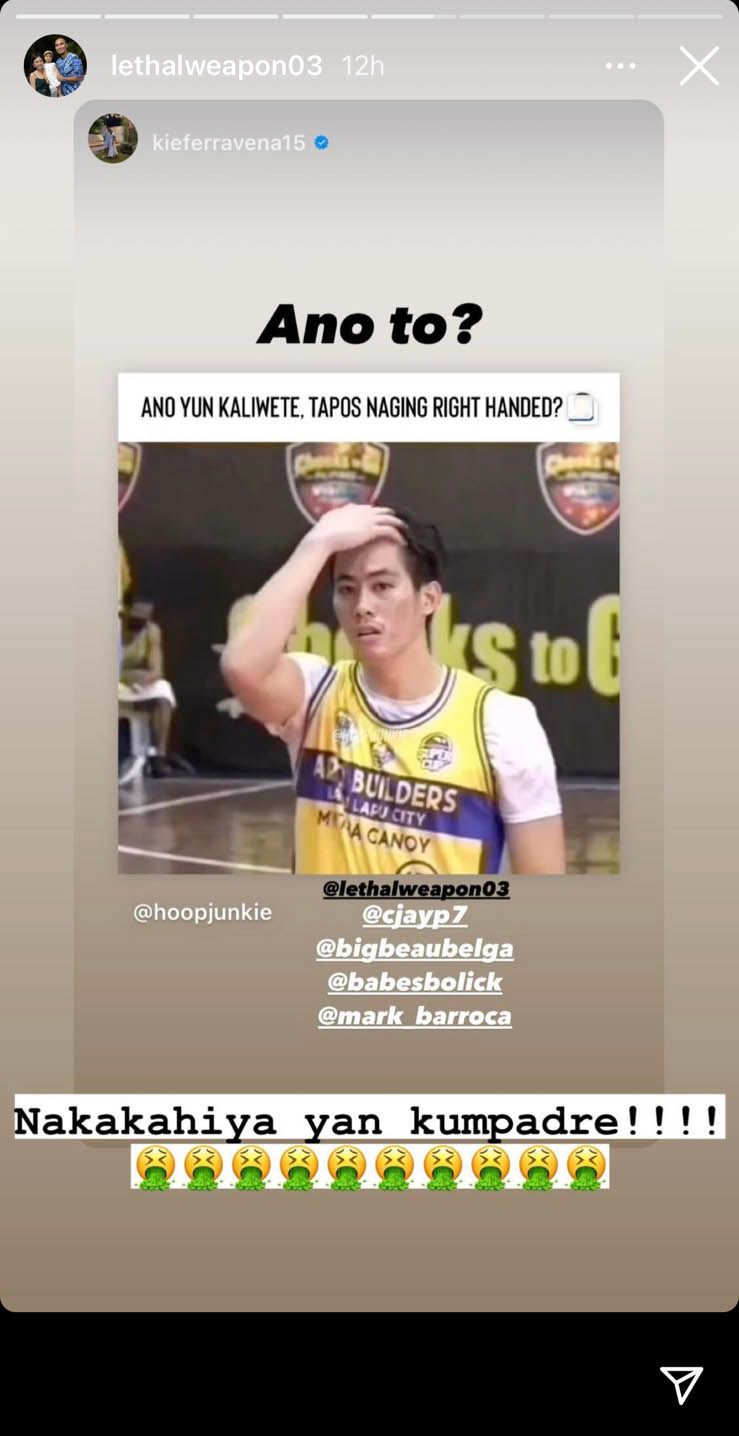 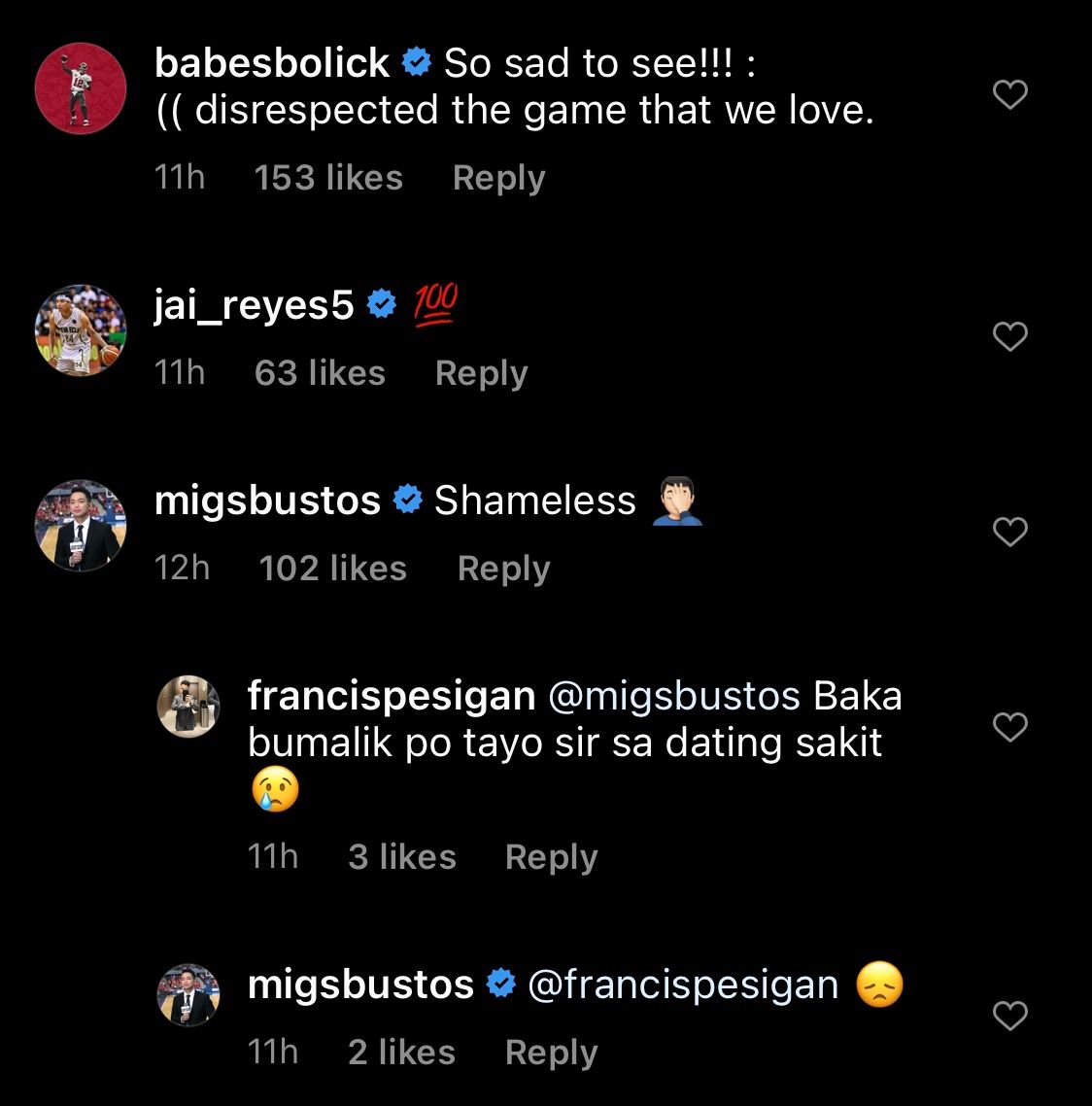 "So sad to see! :( disrespected the game that we love," NorthPort guard Robert Bolick said, uploading a story demanding integrity. 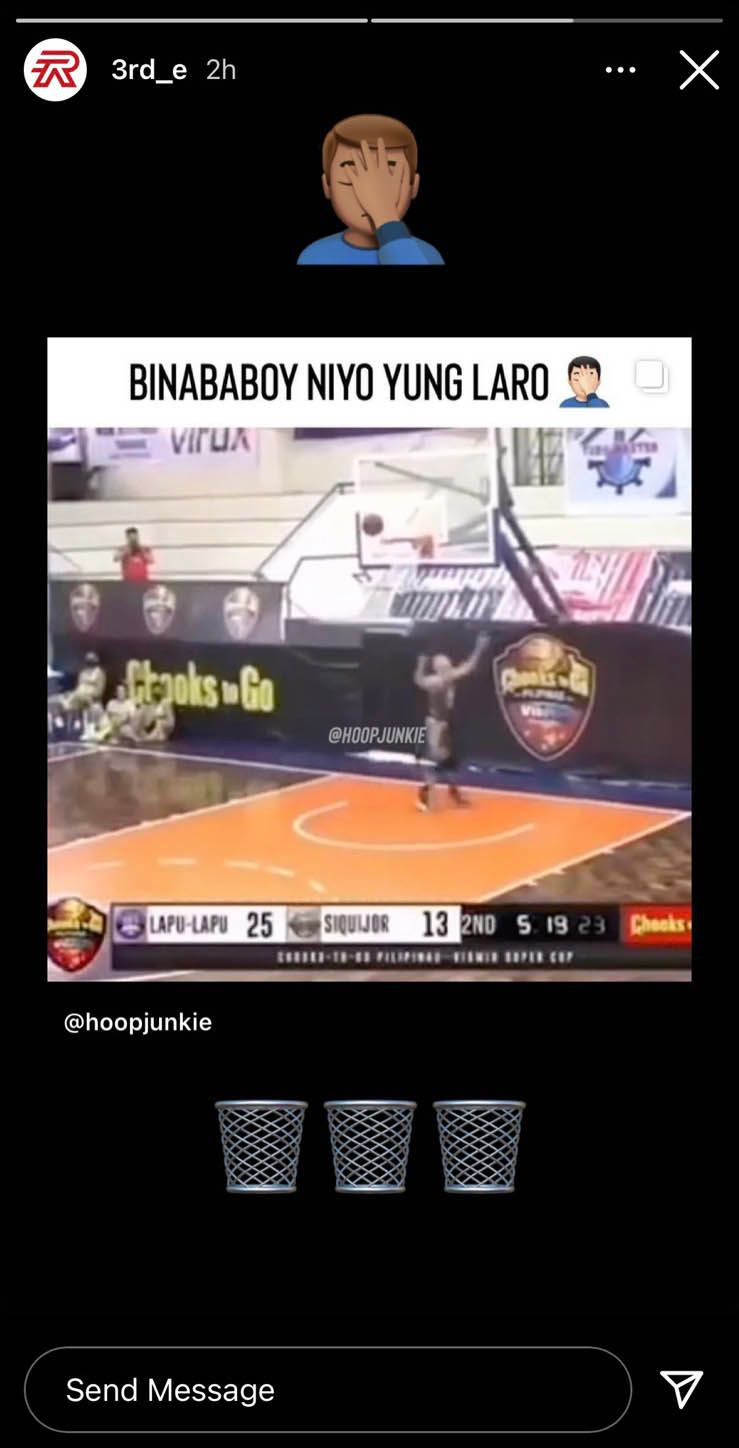 From Japan, Thirdy Ravena took notice of the incident and showed disappointment via IG story repost with "facepalm" and "trashcan" emojis. 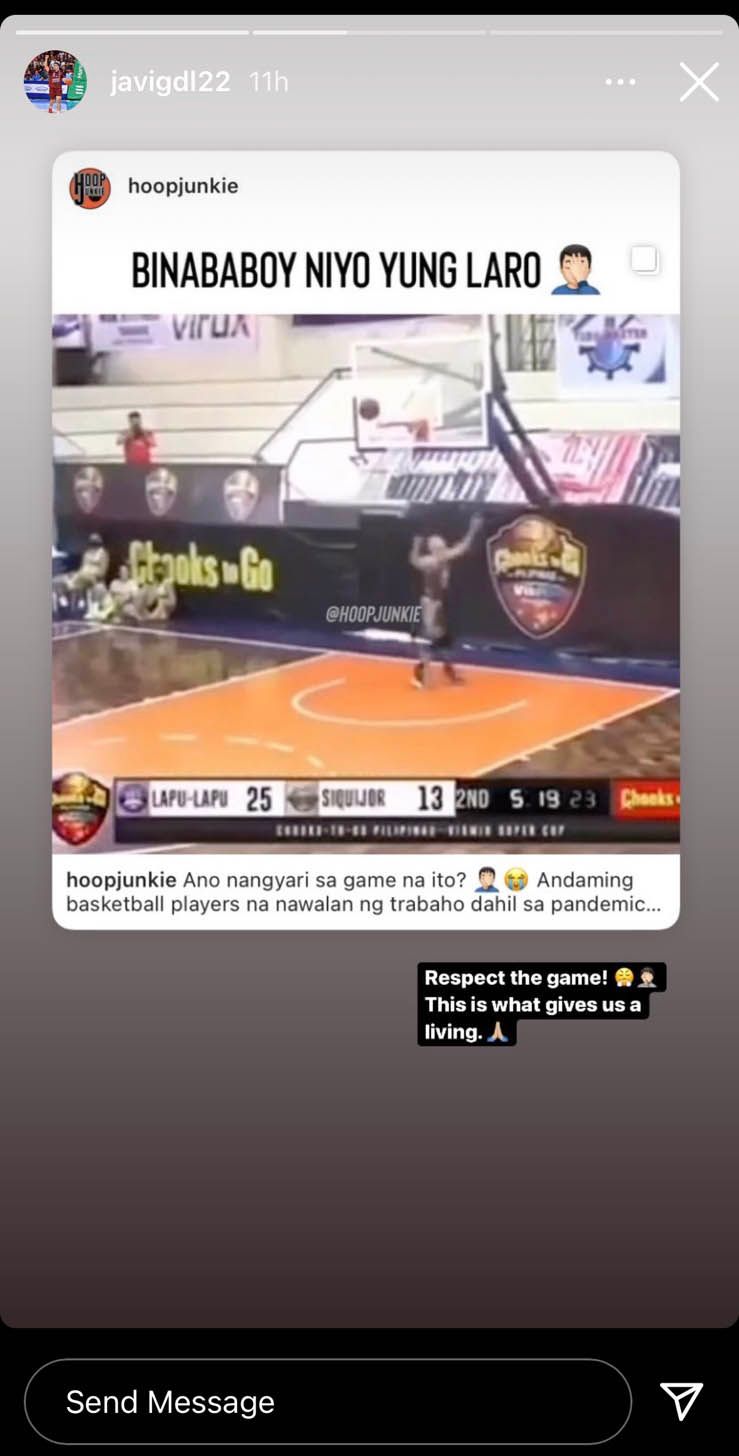 Rivero said: "Respect! We've been waiting for so long just to be able to play the game and now that you guys have the opportunity to play sasayangin niyo lang! Sana hindi na lang kayo naglaro!"

"Respect the game! This is what gives us a living," JGDL added. 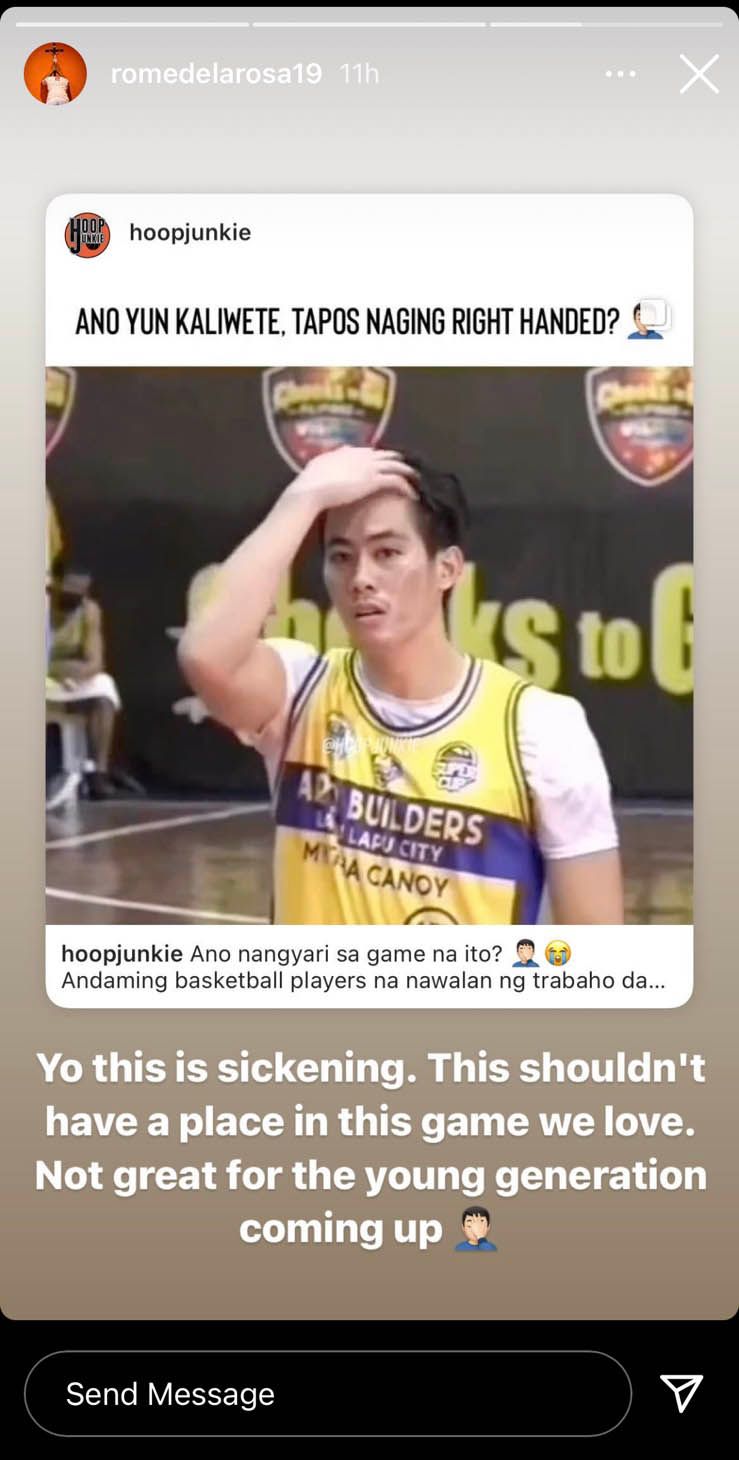 Rome Dela Rosa of the Hotshots was also upset in his IG stories, commenting: "Yo is this is sickening. This shouldn't have a place in this game we love. Not great for the young generation coming up." 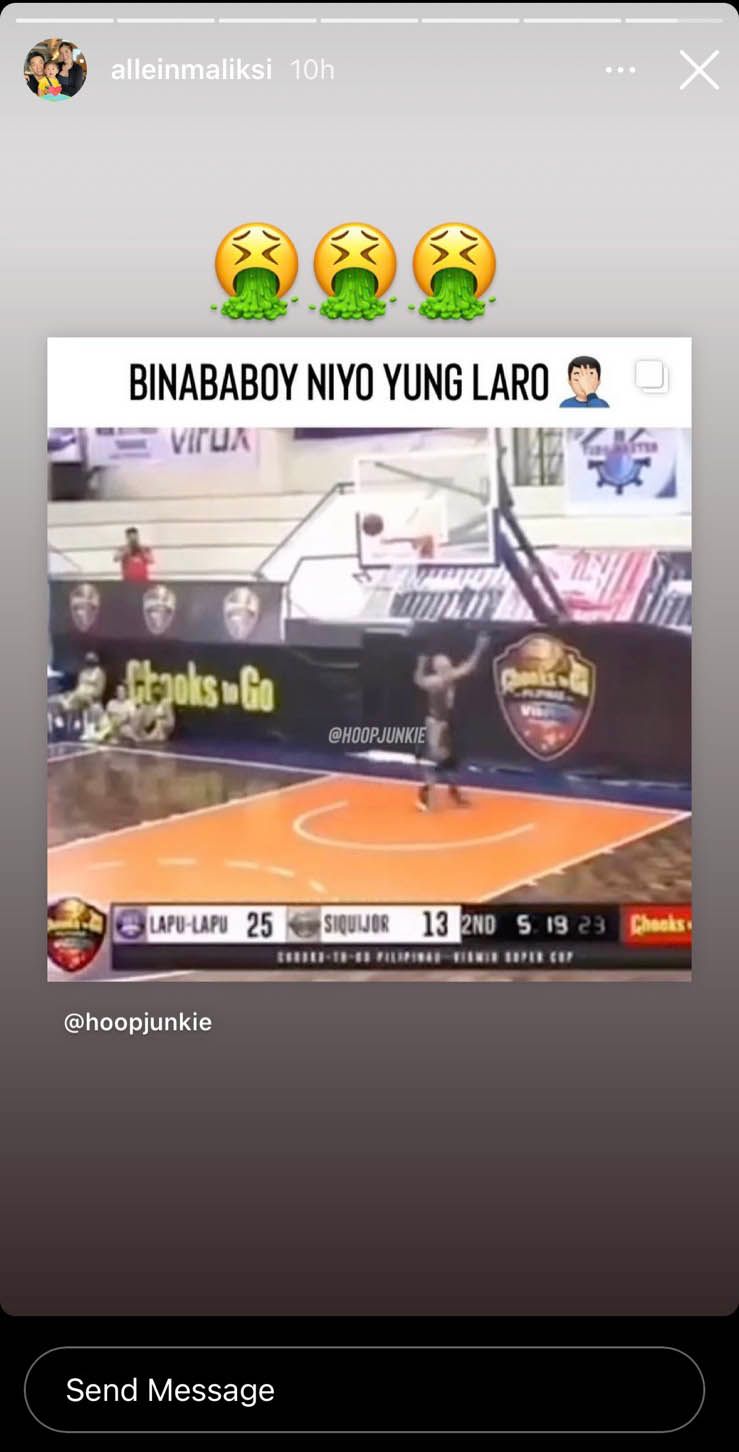 Meralco star Allein Maliksi showed distate, with "vomiting" emojis as he reposted the video in his stories.

Teammate Raymond Almazan uploaded a lengthy post as he lectured the players involved the culture of basketball he grew up with.

Far Eastern University's athletic director, meanwhile, tackled a different aspect of the instance, and shed light on matters not seen on the court.

"Fixing of games has been happening in sports for a long time. Yesterday's game took it to an entirely different level as players were obviously directed to miss shots by a higher authority (coach, team owner, manager) in the team. It's sad to have these people involved in sports," he said in a tweet.

For their part, Nico Salva and Mark Barroca expressed bafflement.