On Monday night, shortly after the Game Four of the best-of-seven semifinal series between Magnolia and Rain or Shine, there was palpable tension as two PBA WAGS (wives and girlfriends) vented on social media.

Pauline Sangalang, wife of Magnolia stalwart Ian Sangalang, took to Facebook to air her sentiments regarding an Instagram story shared by Kiesha Ancheta, the girlfriend of Rain or Shine guard Rey Nambatac.

The source of her anger?

It was an Instagram video by Ancheta who, while showing Sangalang on the giant screen of the Big Dome being interviewed as Game Four's best player awardee with son Isaiah in his lap, was mouthing angry words at the Magnolia big man who, he claimed, elbowed her boyfriend during the game.

Sought for comment by SPIN.ph, Mrs. Sangalang said the presence of her son in the video compelled her to react.

But before things could get out of hand, Ancheta made another Instagram post where she apologized for the video and explained that emotions got the better of her. 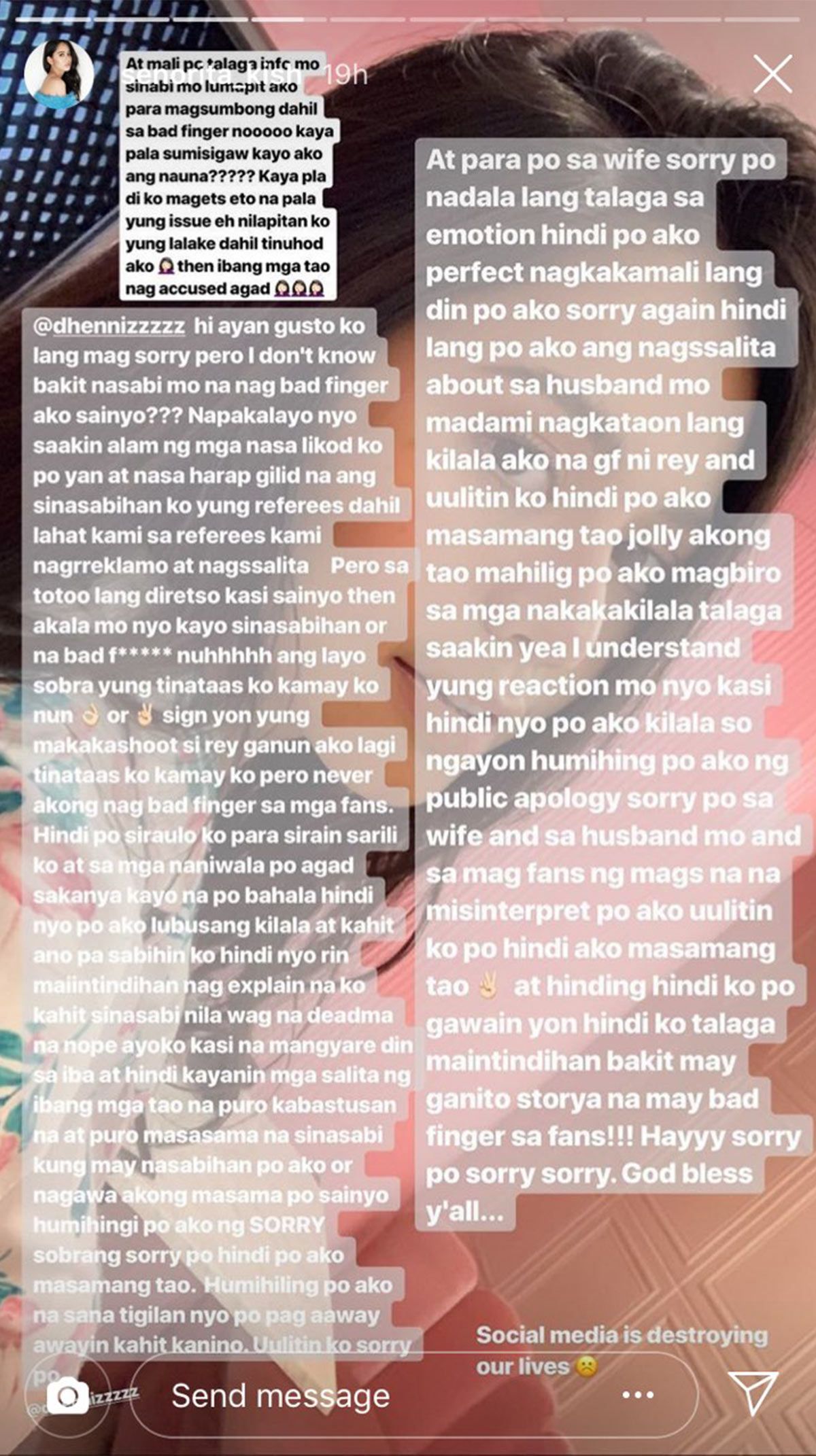 Even without the apology, Pauline said she has put the incident behind her.

“I’m okay naman na. With or without that apology she posted, I still wish the best for them,” said Pauline, adding she understood where Ancheta was coming from.