Inspired by 'CLOY'? Here's where to paraglide in the Philippines

A beautiful young heiress to a powerful South Korean conglomerate goes paragliding, gets swept up by a tornado, lands in North Korea, and is found by the surly army captain of her dreams.

There’s possibly a one-in-a-million chance of that happening in real life. But it hasn’t stopped the many, many devotees of Korean drama Crash Landing On You from suddenly getting interested in paragliding.

Count Moon Policarpio as one of these fans. “I watched the pilot episode on Netflix. I loved it!” she said in an interview with SPIN Life.

The difference between Policarpio and the majority of CLOY’s fans? She’s an actual paraglider herself. 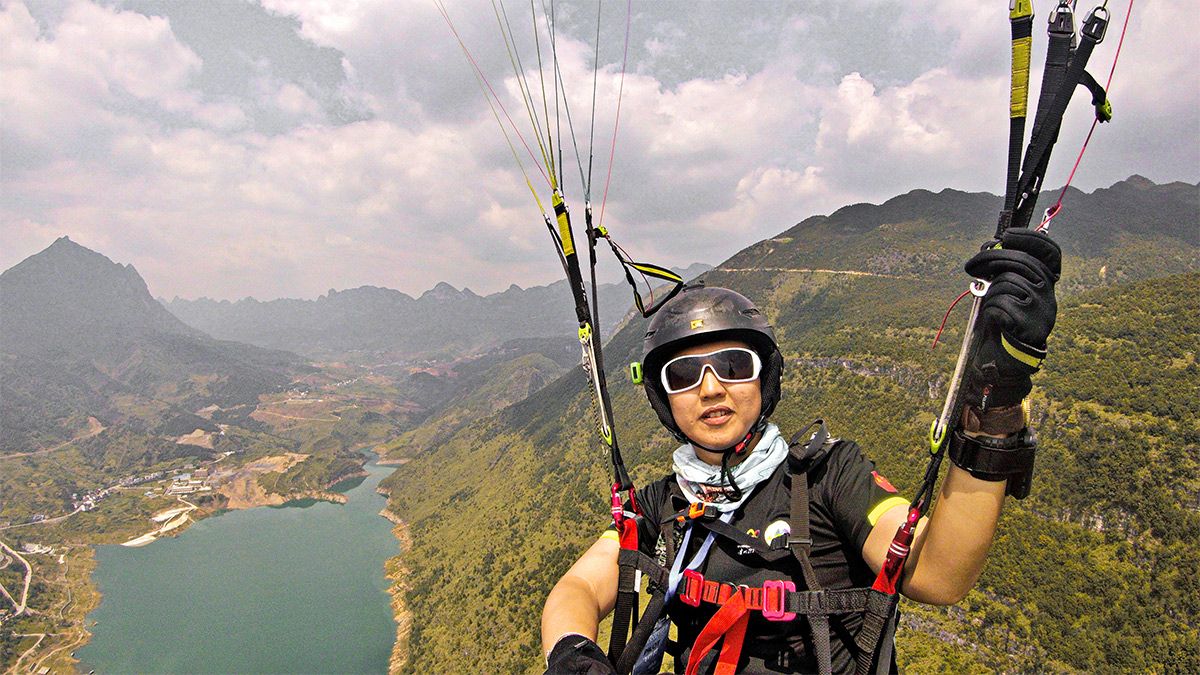 Policarpio, who is based in Davao City, is a licensed independent pilot in the aviation sport. In addition, she’s also a part of the board of directors of the Philippine Paragliding and Hang Gliding Association (PPHGA), handling regulatory affairs and social media for the sport’s national governing body, accredited by the Philippine Olympic Committee. She also represents the Philippines in the FAI, or World Airsports Federation.

In the two months that Crash Landing On You took over the streams (and waking hours) of our collective consciousness, Policarpio has seen an increased interest in her sport. “As a matter of fact,” she said, “even GMA’s Unang Hirit did a feature on paragliding, and re-enacted some parts of CLOY.” 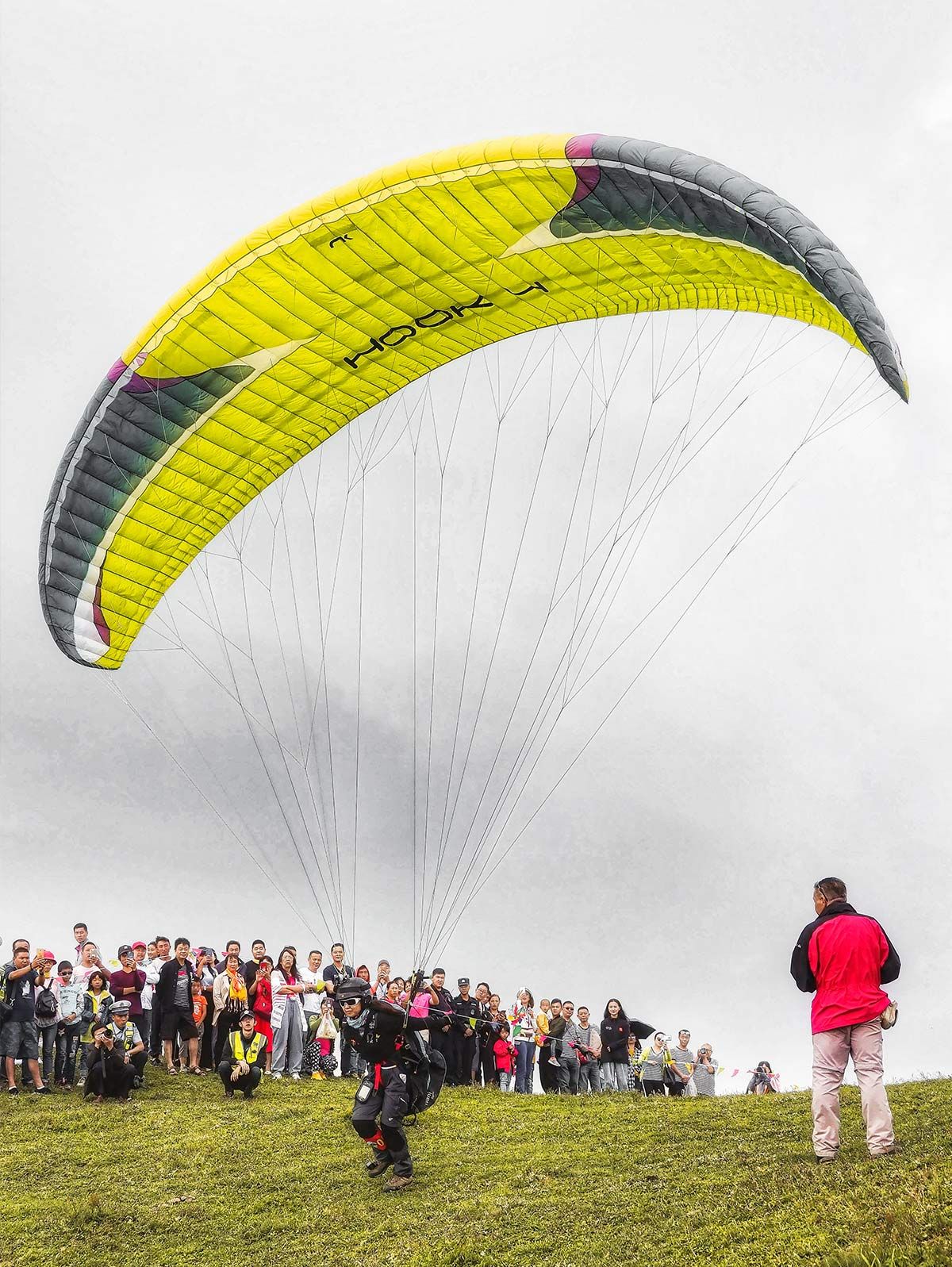 As a sport, paragliding is in its relative infancy in the Philippines. “As far as I know, the sport has been around maybe mid-2000s,” Policarpio recalled. “However, it was not popular back then, and only a few people are doing it [and] most of them are from Metro Manila.”

Slowly, the sport grew. In 2012, Policarpio first encountered the sport when Jason Luengo, the owner of Tribu, was scouting Sarangani as possible paragliding site. (The Mindanao province would later host the first international paragliding event in the country.) One of their mutual friends introduced paragliding to her.

As of now, Policarpio estimates that she is only one of three actively flying female pilots in the country. “And I am the only one [still] participating in an international competition once in a while,” she said. “I hope the CLOY will encourage more women to engage in paragliding.”

Still, the sport was big enough that when it was first introduced to the SEA Games in Indonesia back in 2012, the Philippines was able to send reps, including fellow female pilot Jeena Llamas. This year, on April 16 to 19, Legazpi in Bicol will host a PRE-PGAWC (Paragliding Accuracy World Cup) event, an international accuracy landing competition, where participants vie to be the closest one to land on a designated target. 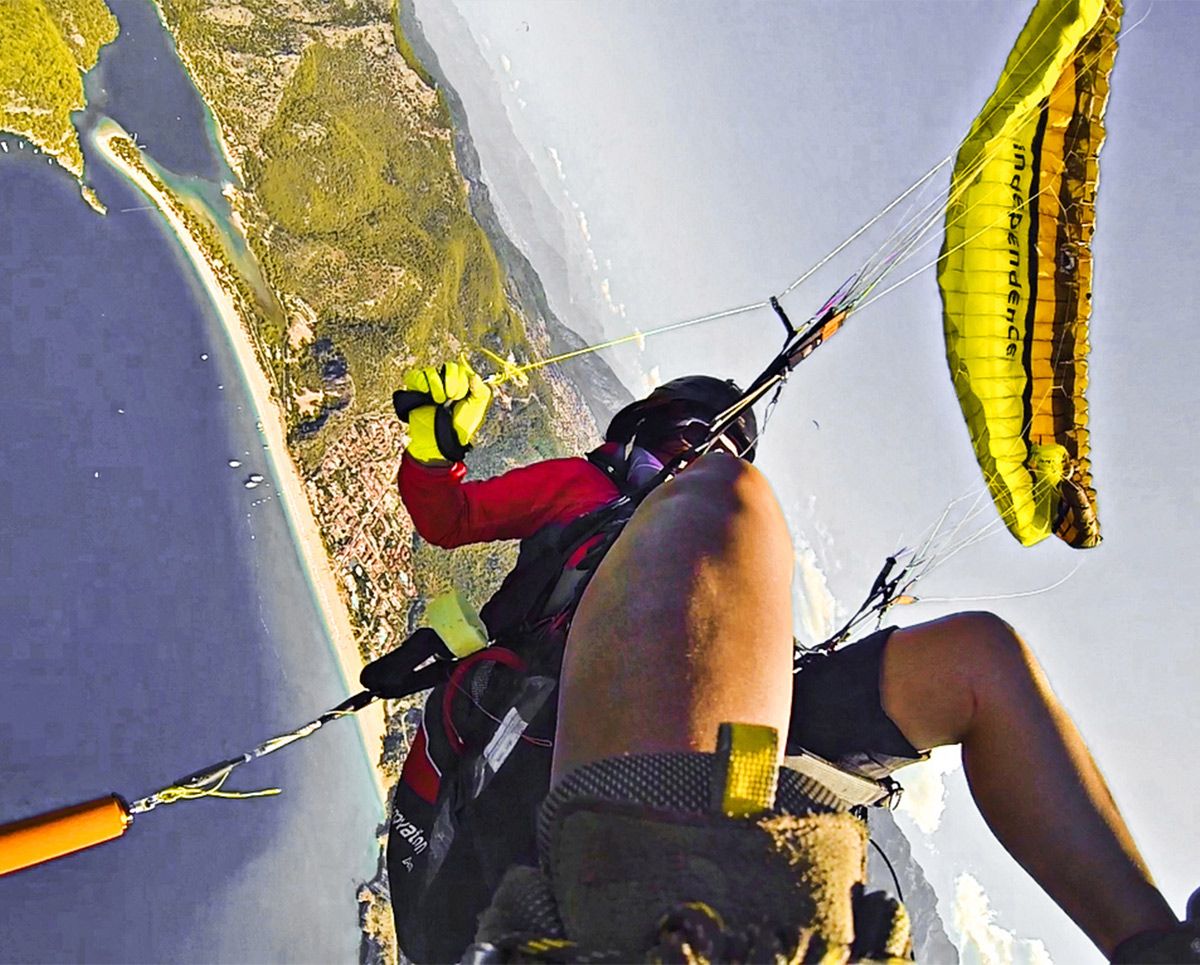 Beginners who want to try the sport would do well to start with tandem paragliding, where you’re strapped into a harness with an experienced paraglider. “No particular physical condition is required,” said Policarpio. “You just [need to] be able to run a few meters.” The pilot will essentially do the flying for you, and all you have to do is sit back and enjoy the ride. Needless to say, “you must fly with a pilot with proper training.”

Policarpio admitted that there were numerous paragliding sites around the country “where a person can just fly and not think about protocols.” But if you want to talk about “proper” paragliding sites with licensed tandem paragliders, Policarpio recommends these locations.

“Around Metro Manila area is Carmona in Cavite, Lake Taal in Batangas, and San Mateo in Rizal,” she said. “[Also in the] Luzon area is Legazpi City in Bicol, and Bayombong in Nueva Vizcaya.”

In Mindanao, there is obviously her home turf in Sarangani. In the Visayas, Oslob is a possible venue with an accredited instructor of PPHGA based in the area. But, Policarpio warned, “the Olsob site [itself] is not regulated under the PPHGA.”

(UPDATE, 6 March, 4:00 PM: Gerry Malixi, a member of the organizations Philippine Association of Paragliders Inc. and Paraglide Tandem Inc., has written to us via Esquire Philippines to dispute the statements of Ms. Policarpio regarding Oslob. He contends that Oslob is a "very popular tourist destination" and is quite safe for paragliding.)

Here’s a list of Policarpio’s recommendations for organizations you can contact who are accredited with the hangliding body:

But what if you want to take your paragliding to the next level?

For those who want to channel their inner Yoon Se-ri and take to the skies as a professional pilot, Policarpio has good news. “Paragliding is the cheapest form of aviation sport.”

But cheap is relative. Let’s get the cost out of the way. To enroll in a basic paragliding course, you’ll need to pay around P45,000, she said. You’ll spend seven days learning the ropes, after which you’ll be qualified as a novice pilot — that is, you’re qualified to fly under supervision.

After that, however, you’ll need constant practice and refresher courses. As you would when training to become an airplane pilot, you’ll need to accumulate flying hours until you become qualified to be be certified as IPPI Level 3, or a licensed independent pilot.

As described by the World Airsports Federation, “they are able to analyze different weather conditions, take the appropriate decisions, and perform a safe flight without supervision on their learning site.” (Sounds like Se-ri to us — without the tornado, of course.)

And the next step? You’ll need to earn an IPPI Level 4 (Philippine Guidelines) to be able to call yourself a professional pilot.

“Paragliding is a progressive sport. It takes time to master the craft,” Policarpio said. “You need to invest time, patience and money to become a professional pilot. Actually, it takes years. You need to invest in proper lessons and training and follow the right protocol.”

Many would-be pilots attempt to learn paragliding on their own or with friends who have not earned their pro licenses. “It happens a lot here in the Philippines because one needs to save money and immediately wants to become a professional,” lamented Policarpio. These fly-by-nighters would later become tandem pilots or self-proclaimed instructors.

To truly learn the sport (or even just fly safely in tandem paragliding), however, you need to find an instructor who doesn’t just have the necessary licenses, but also the qualities that would make them excellent teachers. A strong flying background and solid theoretical knowledge are musts, of course, but above all, “an instructor must be passionate about the sport, not doing it only for money or for personal interest.”

And how would you know you’d make a good paraglider? “You need to invest [both time and money] in the sport, you need patience and self-discipline and the right attitude,” said Policarpio.