IN his own small way, Senator Manny Pacquiao quietly extended help to residents of Marikina city who were ravaged by Typhoon Ulysses recently.

The boxing great turned public official had to do his outreach service impromptu that there was little time to prepare and packed goods such as rice, canned food, and bottled water.

And so the 40-year-old senator ended up giving away cash to affected people of Marikina.

Long-time Pacquiao aide Jayke Joson led the cash distribution and at the same time, sought the help of the Philippine Coast Guard to see to it that people will line up properly and everything will be allocated appropriately.

“It was Senator Manny’s way of providing help right away because he knew people were not just tired but also hungry,” said Joson. “And the best way for them to get food is to buy them in stores.”

Pacquiao personally visited the flood victims of Marikina on Tuesday and then went to see those affected in the low-lying areas of Rizal the following day. 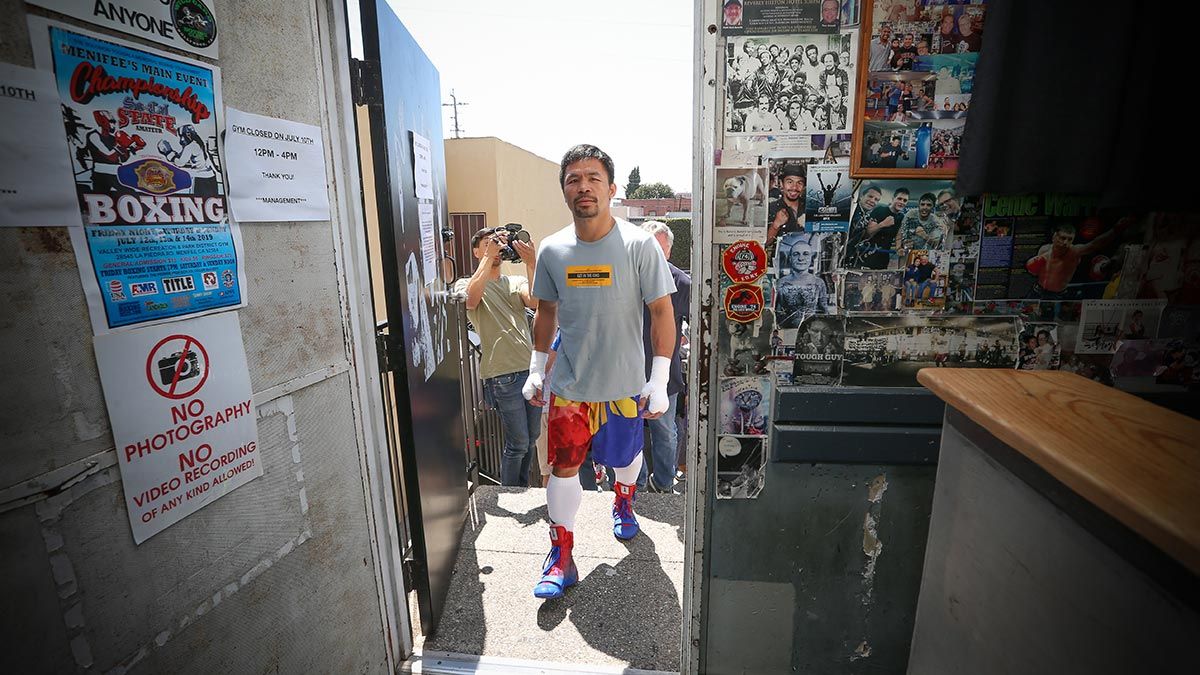 The eight-time world division champion made the deal in the presence of Globe President and CEO Ernest Cu and Globe Chairman and Ayala Corporation Chairman Jaime Augusto Zobel de Ayala during the contract signing held at the Mirelo, Raffles Hotel in Makati.

“I am given another God-given opportunity to be of help to our kababayans in any way I can. That is why my endorsement fee for this will go to relief efforts to help our kababayans who were affected by the devastation of typhoons Rolly and Ulysses,” said the newest Globe ambassador.

The partnership with Globe also paved the way for Filipinos from all over the world to see Pacquiao’s upcoming fights live via UPSTREAM, the newest transactional video-on-demand (VOD) platform and GMovies.

“You’re donating the proceeds of the endorsements, I think that’s a very gallant move, and one that is timely given the vast devastation that has occurred in the country today,” said Cu.

“At a time when the country is facing so many challenges, Manny’s life story has remained a source of inspiration for every Filipino even in this time of pandemic – a constant reminder of the Filipino’s strength, talent, and tenacity to overcome every difficulty,” added Ayala.