Tributes pour in for PJ Simon: 'Warrior on the court, class act off it'

AFTER 17 memorable seasons in the PBA, Peter June Simon announced his retirement on Wednesday afternoon via an emotional message on his Instagram account.

Goodbyes and well wishes soon poured in from former teammates and rivals who paid tribute to one of the classiest players in the pro league.

“One of my best teammates! Love you brotha,” he wrote.

Marc Pingris, who with Simon and James Yap made up the Big Three of San Mig's 2014 grand slam-winning team, honored his "mabait na kaibigan."

Another longtime teammate, Justin Melton, commented: “My brother… been a pleasure playing next to you and learning from you everyday. All the love and respect.”

Alaska coach Jeff Cariaso also weighed in, praising the 40-year-old guard’s outstanding basketball journey from a fourth-round pick to one of the league's greats.

“One of my favorite people in the PBA. Congratulations on a great career. Such a warrior and winner on the court. And a genuine, high character individual off it,” he said. 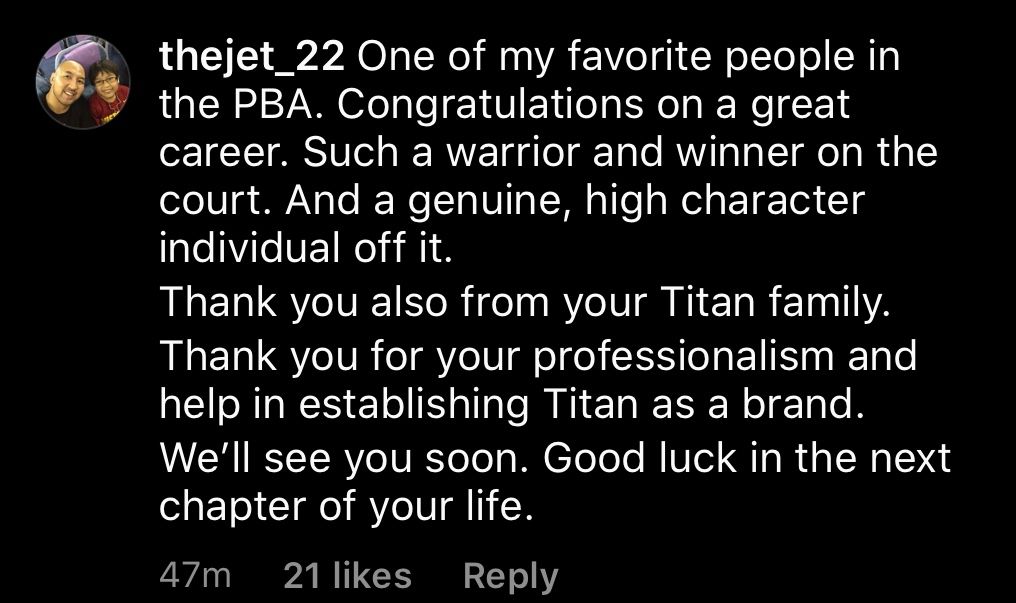 Jimmy Alapag, a batchmate and good friend of Simon, added: “Congrats on a Hall of Fame career my friend! Always had my utmost respect. One of the best!”

Younger players like Mac Belo, Robert Bolick, and Von Pessumal also did not waste the opportunity to honor one of the league's most respected players.