CARLOS Yulo did it again.

The 21-year-old Filipino gymnast took home a gold medal, and his second world title, after ruling the vault final of the 50th FIG Artistic Gymnastics World Championshis in Japan on Sunday night.

He aso finished silver in the parallel bars final, behind China's Hu Xuwei.

This is his first global level competition since the 2021 Tokyo Olympics, where he finished fourth place in men's vault final.

He clinched his first world title in 2018 and conquering his specialty event, the floor exercises.

It was a brilliant redemption tour for the young gymnast, and his ates and kuyas in the Olympic delegation took to social media to cheer him on. 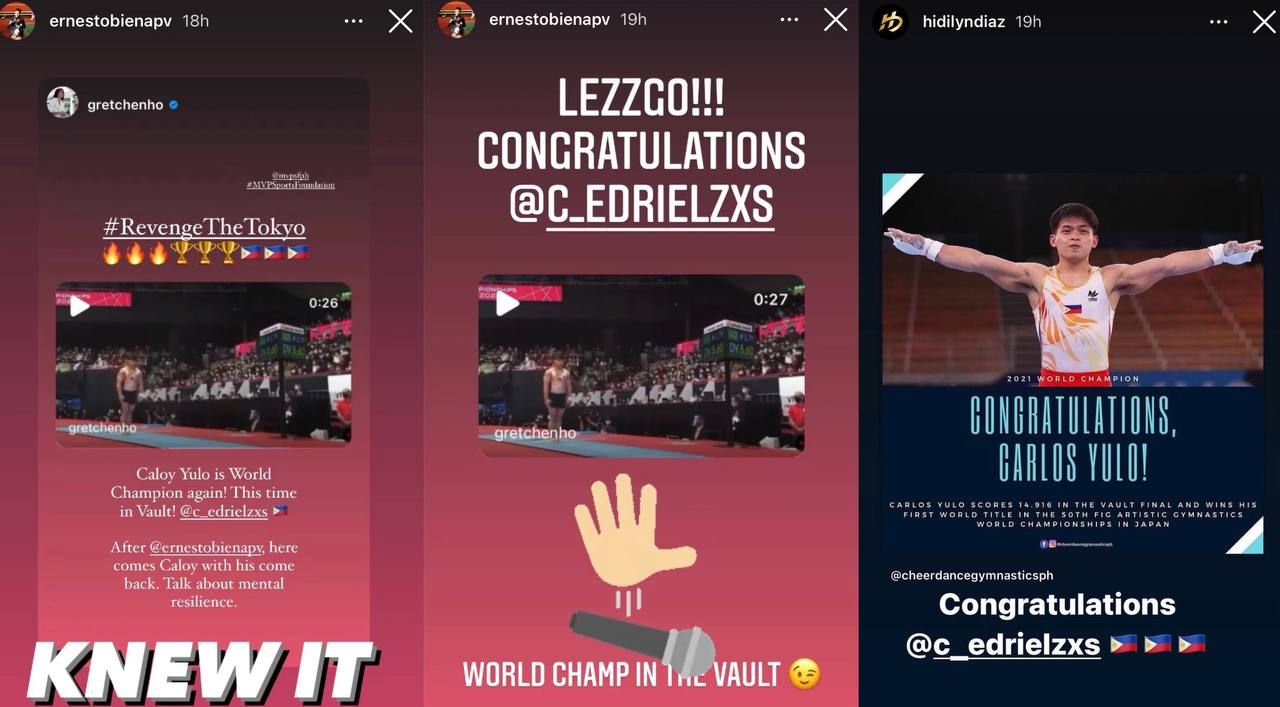 Pinay boxer and silver medalist Nesthy Petecio posted a little throwback moment as she sent her heartfelt congratulations to Yulo, whom she treated as their 'bunso.' 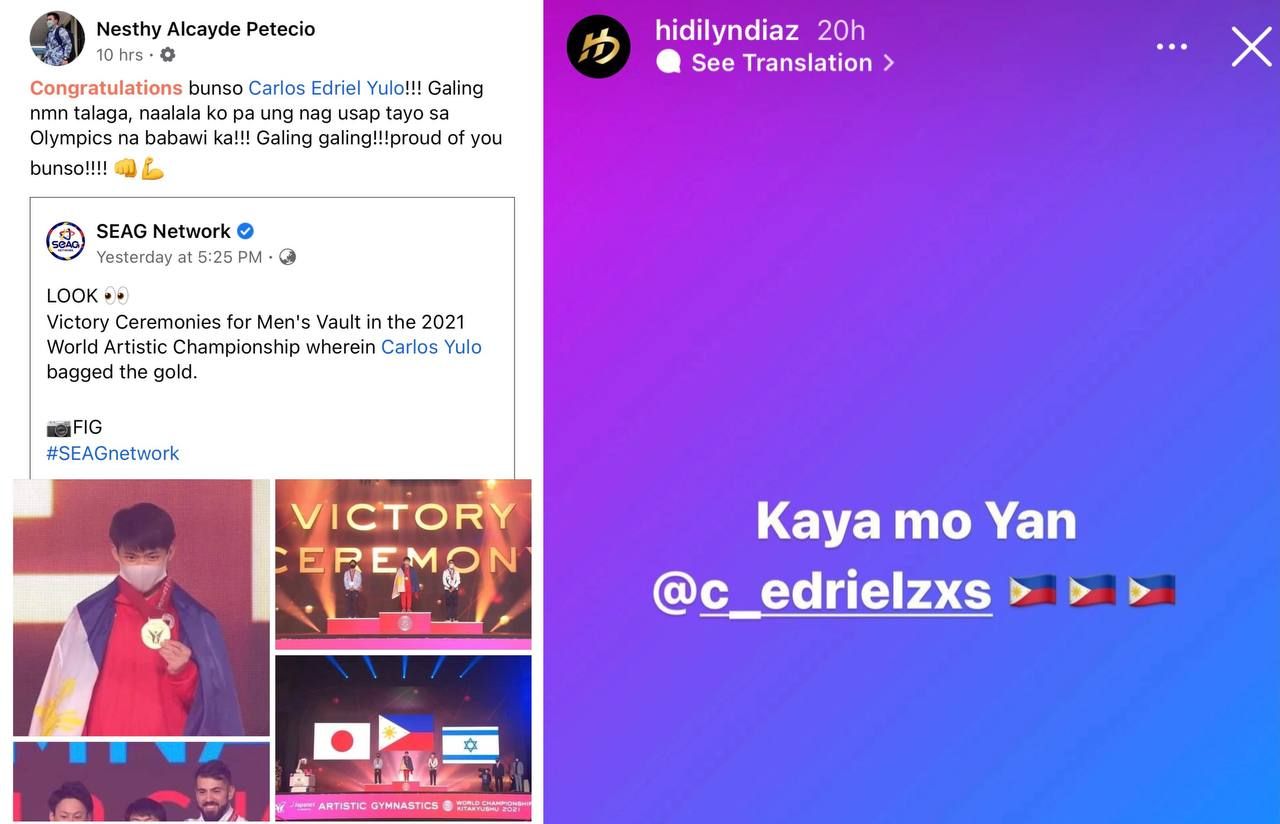 "Kaya mo 'yan," the Olympic gold medalist initially said on IG before the final. Then, she continued a few threads afterwards with her own congratulations.