Watch what you eat this holiday season

Being pudgy in grade school, he slimmed down in high school. As a member of the school band, he participated in long marches, aside from regularly playing tag and basketball.

And then computer games happened. Suddenly, he was Grade School Jimmy all over again.

It only got worse when he began working in a call center, "Kain, tulog, trabaho, at inom lang ang ginagawa ko," Saludares shares. That "kain" he was talking about wasn't your daily breakfast-lunch-dinner eating routine; he was having rice meals for merienda. Grabbing a bite before catching some z's after getting off work in the morning also didn't help. 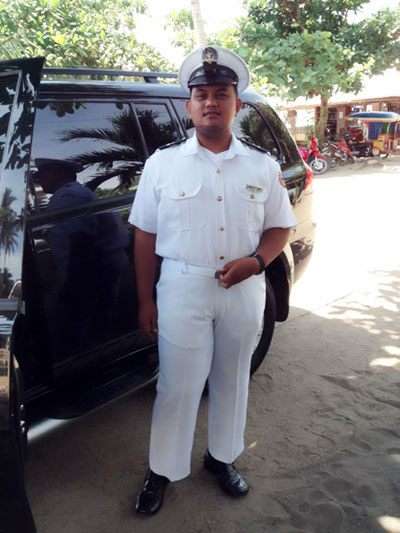 Now a seaman, the 27-year-old is feeling the effects of the extra poundage from his bad habits in the past-back and knee pains, shortness of breath. He currently weighs 113 kilograms-down by 16 kilos from when he was still answering calls eight months ago-but still obese for his size (5'7") with a 39.0 body mass index (BMI). "Dito sa barko, physical talaga labanan-buhat-buhat ng mabibigat, ship maintenance, akyat-baba sa hagdan."

Jimmy is among the growing population of Filipinos who have been on the heavy side; the rate of obesity in adults has ranged from a low of three percent to a high of eight percent over the past two decades. Our unwillingness to hit the gym and our unhealthy food choices are responsible for the spike in supersized Pinoys, according to Department of Health (DOH) spokesperson Dr. Eric Tayag. "Marami sa'ting matigas ang ulo. We procrastinate, until such time it's too late."

Obesity is often associated with First World nations like the United States, where the burgers are jumbo and soda servings are bottomless. As countries progressed, so was being more susceptible to health issues. Excessive fat has crept up on middle-income regions like the Philippines. FHM delves into the state of this burgeoning condition in the local level, in hopes of finding viable solutions and having a clear grasp of how dire the situation is.

'Essentially, Filipino men are robbed of a considerable chunk of their employment prime by the consequences of excessive weight'

Obesity, much like overweight, is defined by the World Health Organization (WHO) as an "abnormal or excessive fat accumulation that presents a risk to health." A person is considered obese when he goes over the BMI (30.0), which can be computed by dividing a person's weight (in kilograms) by the square of their height (in meters).

In a July 2017 report produced by The Economist Intelligence Unit (EIU) and commissioned by health platform Asia Roundtable on Food Innovation for Improved Nutrition (ARoFIIN), it was revealed that the country has the "second lowest obesity and overweight prevalence at 5.1% and 23.6% respectively" among the six Association of Southeast Asian Nations (ASEAN) countries studied.

That might not sound alarming at first, until you get to the part that says, "The Philippines is also the worst-affected in terms of reduction of productive years among obese males-a significant eight to 12 years."

Essentially, Filipino men are robbed of a considerable chunk of their employment prime by the consequences of excessive weight. Although the more critical sector of this worrying trend are the younger members of society. 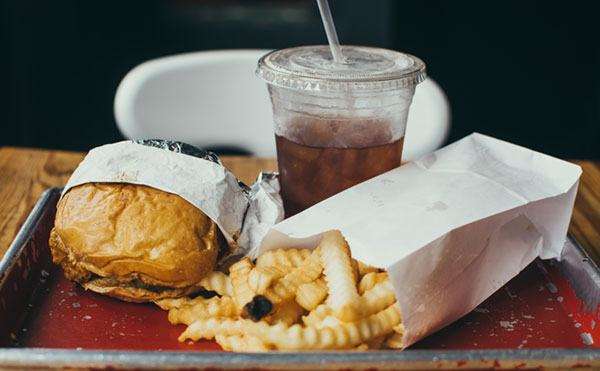 It's actually the children under five years old who needs close monitoring, due to the "double burden of malnutrition," according to a 2016 joint report from UNICEF, WHO and ASEAN. The Philippines is among the middle-income Southeast Asian countries-along with Indonesia, Malaysia, and Thailand-that are experiencing simultaneous cases of undernutrition and overweight.

This makes addressing each issue more difficult, as the government has to allocate its resources in two major areas of concern. Last year, the Philippines was the fourth-highest spender for obesity-related problems in the ASEAN, spending between US$500 million and US$1 billion.

Tayag calls obesity a "silent epidemic," because it is a risk factor of diseases that can become chronic. There is a 60% and 20% chance you'll suffer from diabetes and heart disease, respectively, if you're obese with no genetic predisposition, according to Gabriel D. Jasul Jr., M.D. F.P.C.P, F.P.S.E.M, the Philippine Association for the Study of Overweight and Obesity's (PASOO) current president and an endocrinologist at St. Luke's Medical Center in Quezon City, in a Men's Health Philippines 2013 report.

You are what you eat

The scourge has multiple factors (genes, family habits, medical condition), but one of its two main culprits is, to no one's suprise, an unhealthy diet.

Registered Nutritionist-Dietitian Kristine Blanco says we're exposed to an abundance of high-calorie, high-fat foods that are reasonably tasty, readily available, relatively inexpensive, and heavily advertised. "Oftentimes, they are also served in large portions or supersizes. The quality (what a person eats) and quantity (how much a person eats) can both contribute to obesity."

If it isn't obvious yet, fatty food is the root of this evil. Tayag points out that "the excess sugar from soft drinks and fast food metabolize into fat, and simulate a kind of euphoria induced by drugs." He has nothing against fast food chains, but the reality is once you enter such establishment, a service crew is required to offer an upsize for cheap. 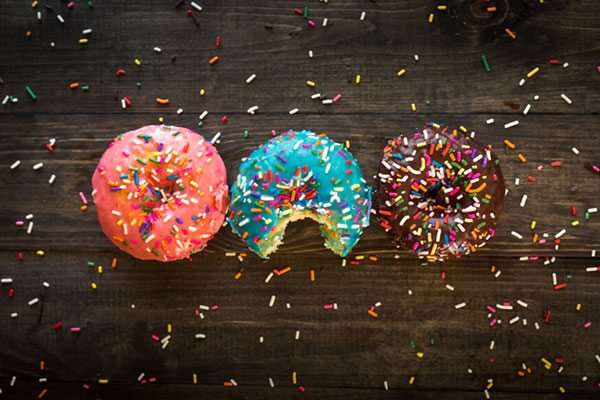 And contrary to the belief that obesity is only for the rich who can afford large fries and two-piece chicken meals, it's actually more common with the less fortunate because of how easy for them to load up on carbohydrates through unli-rice promos. Tayag explains, "It's their assurance that they'll be able to work all day (hard labor), 'tutal papayat naman ako,' when in fact diet is more important than exercise to lose weight."

Weight management is all about balance, moderation, and variety of food preparation and consumption, says Blanco. "Broiling, grilling, baking, roasting, poaching, or boiling are the preferred methods because no additional fat is added, unlike frying." Among those that need to be avoided or regulated are sugar products, condiments, chips, nuts, and processed food.

The genetic (Prader-Willi Syndrome, Ghrelin) and physiological factors can't be controlled, so it really boils down to managing one's diet. Tayag stresses the importance of cultivating a self-awareness and be able to listen to your body. Both will help in determining your equilibrium; being big doesn't automatically mean that you're out of shape. The ongoing plus-size revolution and the advent of body positivity paved the way for wider acceptance.

He says, "Recognize what the body needs. Put the brakes. Learn new behavior to manage things."

Hit the gym (the right way)

The other reason Pinoys are ballooning? Lack of exercise, even simple movements. A perfect example is sitting for long hours in front of the computer, which most corporate workers are guilty of.

Blanco adds, "The lack of physical activity makes people sedentary, thereby decreasing the energy expenditure. The calories from the foods eaten are not utilized leading to weight gain in the long run." 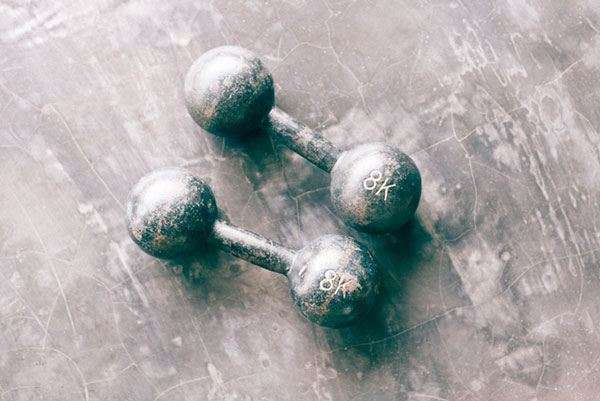 Nicdao himself was formerly obese, that's why he is more than qualified to handle such cases. But the road to fitness doesn't start right away by getting on the treadmill. First, a trainer has to coordinate with a nutritionist, then find out a patron's medical history, which will be followed by a series of tests: movement screening test, body composition analysis, postural analysis, and screening methods, corrective exercise program.

More than the workout, proper recovery and a good amount of sleep are Nicdao's primary considerations, the shortage of both creates a domino effect. "Your metabolism goes crazy," he says. "Pag puyat ka, kinabukasan kakain ka ng marami, di ba?" No wonder his heaviest clients are those who have erratic sleeping patterns-doctors (always at the emergency room), lawyers ("may tinatapos na papeles"), and CEOs (company-related stress).

It's all in the mind

The physical aspect is half of the battle, though. It's also the job of the coach to make sure a client buys into the whole plan, especially when factoring in stress and confidence. "Mind over body," he reiterates. Being overweight doesn't really boost a person's morale, and that is evident inside the gym.

While discrimination against obese people isn't widespread in the country, the authorities are still aware of the social stigma. They are seen as "lazy, unreliable, slow thinkers, and a burden to companies-literally and figuratively," says Tayag. Saludares adds he was bullied as a teen because of his size: "Nakakainis din kapag tinatawag kang baboy or mataba tapos wala kang magawa kasi totoo." 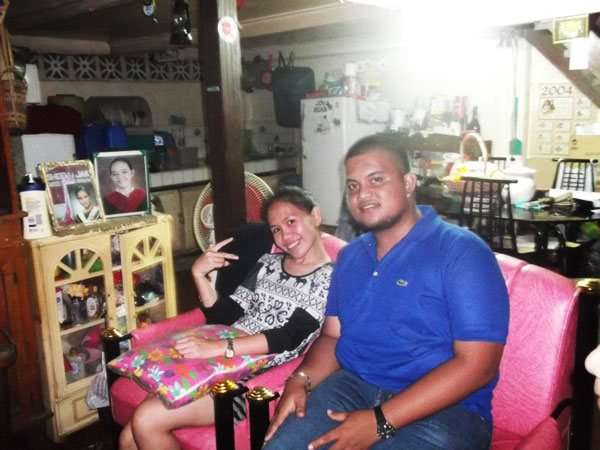 Tayag wants to break this modern plague especially at a young age before "it becomes a vicious cycle." That is why the government is actively promoting a healthy lifestyle, aside from doing individual and population intervention. From modeling behavior change, to urging solons to enact laws (strict food labelling) and levy taxes, the DOH does its part in curbing this worsening trend.

As for Nicdao, he suggests to get a partner who will motivate you; the people around you tend to dictate your habits. He explains, "Halimbawa, nagda-diet ka, yung asawa mo di pa nagsisimula, masisira yung routine mo... Kasi parehas kayo ng kinakain." On the other hand, he says a single person can draw inspiration from a clear goal like a summer-ready body or attractive travel photos.

The goal for Saludares is to go down to 100 kgs when he returns in the Philippines this month. He has already lessened his rice consumption, while exerting more physical effort in work, instead of using up energy on exercise. He plans to continue his exercise routine-jogging and doing sit-ups-once he comes home (Nicdao's recommendation: pelvic bridge-sit to stand-high knees in place-one-legged reach-squat hold) baby steps in his journey to liberating himself from that unwanted flab.