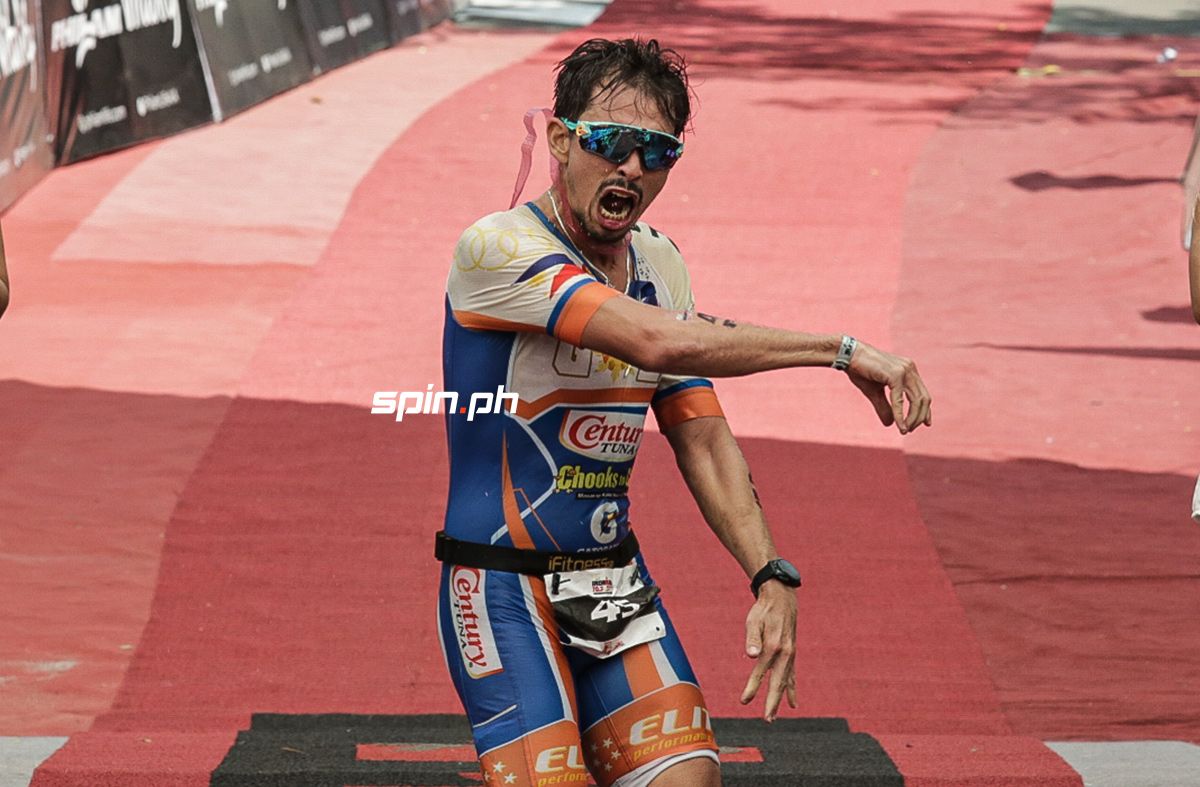 LAPU-LAPU City, Cebu – He needed one chance to prove himself and Nikko Huelgas did not waste any minute of it.

“Malaking bagay, sobra,” a grateful Huelgas told the media when asked about his first-place finish.

After crossing the finish line, an emotional Huelgas shouted and threw punches in the air before he knelt on one knee.

The two-time Southeast Asian Games gold medalist shared the reason behind his outpouring of feeling.

“It’s been months since I had a bad 2018 Asian Games performance. I got depressed after that,” he revealed. “Nakakahiya para sa bansa na ganon ang performance ko when I know I could have been better.”

Last January, Huelgas had a hand injury that required stitches and time off for a couple of weeks. He came back and found out that he might miss the Southeast Asian Games.

“Everything just parang pumutok lang talaga. Nag-crash ako sa mountain bike, naputol ‘yung aking buto sa kaliwang kamay. Because of that, I couldn’t swim properly. Wala akong power to do well in the swim leg in the past months,” he shared.

Looking back, Huelgas never imagined that he can still redeem himself and prove that he’s still worthy of the spot for the national team in the 30th SEA Games in Manila from November 30 to December 10.

“For me, to win this event is proof to the federation and spectators, probably, that I still have it and I can still improve. I can still be part of the contingent and represent our country,” he said.