You have cash to splash? Get perfect gift for a hoops junkie at NBA Store

WONDERING what to get your basketball-crazy loved one for Christmas?

SPIN.ph dropped by the first NBA Store in Glorietta (said to be the largest NBA store outside the US) to find out what they have in store (pun intended) for the basketball-crazy individual who wants to take team loyalty up a notch.

There is a wide range of gifts to choose from actually: the ever-popular jerseys in authentic and replica versions from official outfitter adidas; limited edition sneakers in a plethora of colorways; realistic action figures (don’t call them dolls!) you can dress head to toe that are poseable; and bobbleheads similar to the arena giveaways in games.

There is the argument that way cheaper buys can be had from our friendly neighborhood tiangge or Divisoria, but if you’re looking for the real thing minus a plane ticket to the nearest NBA game, then look no further.

But what makes the NBA Store special is the availability autographed merchandise. For the benefit of customers, the NBA Store has an interactive screen where you can browse items based on type and cost.

It didn’t come as a surprise that the most expensive items on the menu were related to Michael Jordan (being the GOAT would probably do that).

The most expensive item is a signed poster. “Franchise Cornerstone” features the triumvirate of Larry Bird, Earvin 'Magic' Johnson and Jordan in their 1980s heyday. You can hang this on your wall for a cool P450,000.

Second on the list at P300,000 is a leather Spalding basketball signed by Bird, Magic and His Airness, who were considered the 'Holy Trinity' of the Golden Era of the NBA. 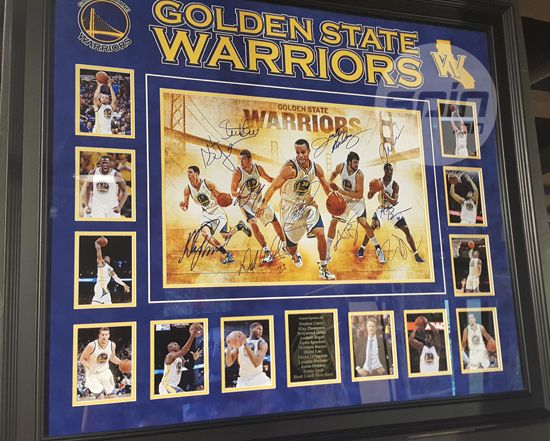 And if any of you doubt Allen Iverson’s legacy, “The Answer’s” signed blue 76ers jersey can buy a lot of burgers for P68,000. For fans of the soon-to-be-retired Kobe Bryant, his gold “24” Lakers jersey (P48,000) will help you deal with separation anxiety and secure you a worthy investment.

From the annals of NBA history there is also a plethora of new stuff for the millennial crowd. The most expensive apparel (P200,000) goes to a Golden State Warriors “Home” jersey that was signed by all members of the team that brought back the championship to the Bay Area after 40 years. A photo collage signed by the 2015 Dubs will set you back P150,000. If you just prefer NBA MVP Stephen Curry you can choose from several framed photographs with his autograph (P30,000-35,000). 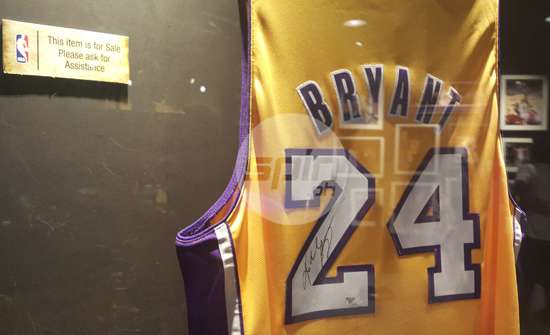 For the kid in all of us, the store also sells lifelike action figures from Enterbay that include Jordan, Kobe, Dennis Rodman, LeBron and Kevin Durant. The figures have amazing detail and come with accurate uniforms, interchangeable heads, hands and shoes (and in some cases the Larry O’Brien trophy).

Pricey right? Among the advantages, however, is the assurance that buyers are paying for the real thing and not some knock-off. The NBA attaches a seal or certificate of authenticity to alleviate such concerns. 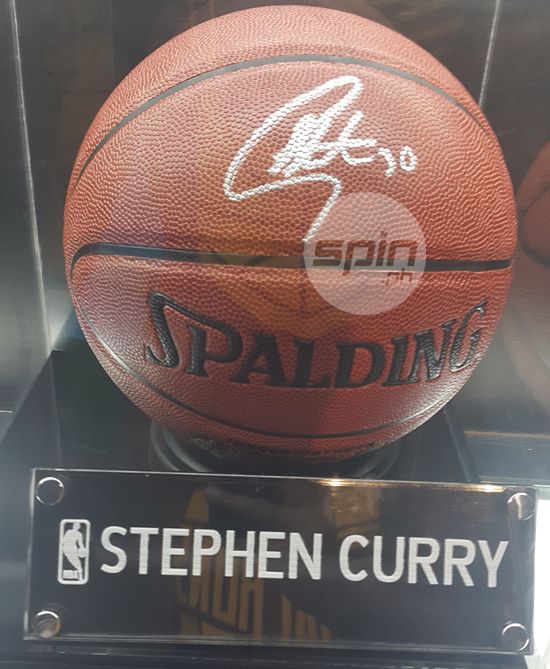