MANNY V. Pangilinan has donated 500 bicycles as part of the ‘Bike for Livelihood’ project of the group of companies under his wing.

The donation from the PLDT-Smart Foundation, One Meralco Foundation, Metro Pacific Investments Foundation, and First Pacific Company Limited, was coursed through the ‘Donate A Bike, Save A Job’ initiative of broadcaster and volleyball player Gretchen Ho.

The announcement was made on Thursday on the celebration of World Bicycle Day.

“I could see that the biking project was something that could help the livelihood of our people,” Pangilinan said in a statement. “At the end of the day, the best solution to poverty is livelihood. If you could provide them with a means of making themselves a livelihood, whether by delivering food, medicine or water, I think that’s something we should support.” 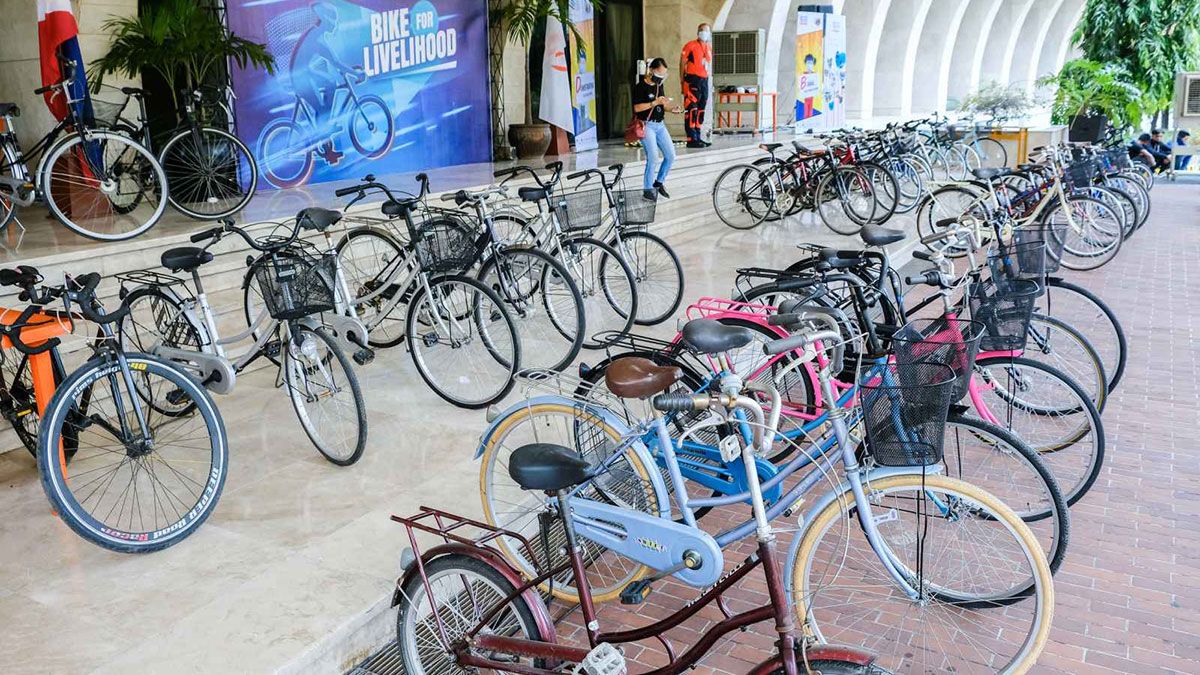 Ho said she was pleasantly surprised with the donation after receiving a message from Pangilinan.

“I was really surprised when Sir Manny messaged me on Facebook wanting to donate, after watching my story on the rollerblader that we gave a bike to. I was just finishing off donations from last year but welcome to Donate A Bike, Save A Job Season 2,” Ho said.

The ‘Bike For Livelihood’ project will be working with different LGUs to identify the recipients beginning with Pasig City. It is also targeting Manila, Quezon City, Malabon, Caloocan, and Batangas.

“The hope is to provide people with the tools, not just to survive the pandemic, but to be able to thrive in the new normal,” said Smart president and CEO Al Panlilio. “I think it’s a great initiative where bicycles have given them the means to go to work instead of walking for hours.

“At the same time, it’s health and wellness. It’s very much in line with what we stand for and we’ve really embraced the meaningful project,” Panlilio added.

To start off the project, a total of 70 bicycles were given to Pasig’s 4Ps recipients and bike lane enforcers, and 50 were for the contract tracers of the Department of Interior and Local Government and Philippine National Police.