THE Detroit Pistons' season sadly ended last Monday night in another blowout loss to an undoubtedly much better team in the Milwaukee Bucks. Yes, the score was ugly. Again.

Milwaukee picked up the victory, 127-104, to complete the four-game, first-round sweep. People always say that the numbers don’t lie. But that doesn’t mean it tells the entire story either. 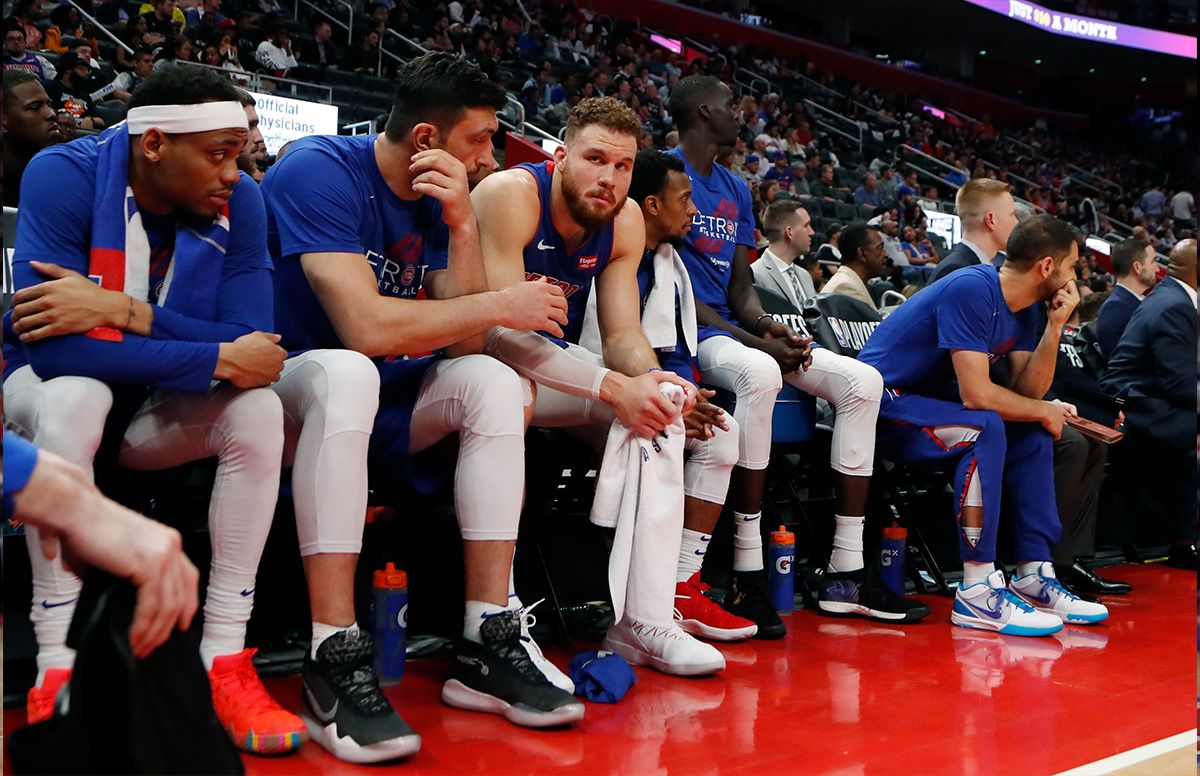 Yes, the Pistons got swept. Yes, they lost all four games by double digits. Yes, they are definitely a long way from the top of the Eastern Conference, and from the Milwaukee Bucks. But we already knew all that coming in. What we didn’t know is whether this Dwane Casey-led team would show any fight while being down 3-0 in a series against a team that people expect to, at the very least, get to the conference finals. Does that matter? Yes.

It matters to Blake Griffin, who arguably played the best basketball of his life this season until a knee injury slowed him down in the last few weeks. But he was still out there Monday night. With his head down, he attacked the rim (and defenders) on a bum leg, propelling his body into and through Milwaukee’s obvious advantage in size and length, scrapping for 22 points.

With seven minutes left in his last game of the year, he fouled out. It might’ve even been intentional. Because he was hurt, he might’ve even felt a little useless and a burden to his teammates. And, as he took a seat on the Pistons’ bench at Little Caesars Arena, the crowd chanted: “MVP! MVP!”

He earned those chants. He deserved it. And the fans knew it.

It also matters to Andre Drummond, who got booed out of the building last Saturday night when his frustration on the offensive end influenced his efforts on D. He knew he could do better, so he did. He still struggled to score at times, of course, but his drive and temperament didn't waver this time around. Heck, his maturity on the court in Game 4 made people forget he was just 25.

Naturally, it matters to Dwane Casey as well. The team’s head coach kept saying he was trying to build a program. He still is. And, in this series of measures, learning to compete on a playoff level is essential to the building process.

For the first time in this series, his team might’ve even proved people wrong. That was until the talent gap took over, and the Pistons got too overwhelmed. That was when the Bucks turned a one-point deficit into a 23-point win.

Of course, the biggest threat for Griffin, Drummond, and the rest of the Pistons was Giannis Antetokounmpo. When you’re dubbed as the Greek Freak and “the future of the NBA,” all 6-feet-11-inches of you, everyone expects you to prove them right every time you hit the hardcourt. And he did all that, exploding (and Euro-stepping) his way to 41 points.

At one point, Drummond tried his best to envelope him as he attacked the rim, ready to swat his dunk-attempt back at his face. Somehow, Antetokounmpo pulled back, switched hands, and tossed it in instead.

There isn’t anyone else in the NBA quite like him. And that’s okay.

Sure, the Bucks shot 41 free throws, turning the scrappiness of the Pistons against them. Was all that worth it?

Next season, after the front office makes its draft picks, tweaks the roster, and tries to find more shooters and playmakers to surround Griffin and Drummond, we’ll see. But for most of three quarters, it was worth everything.