FILIPINO Winter Olympian Michael Martinez is giving back to the sport that has brought him international acclaim and a ticket “to the coolest place in town.”

SPIN.ph dropped by on Thursday morning to see the 19-year-old Winter Olympian conduct his first training camp for aspiring skaters at the SM Mall of Asia Skating Rink.

Supported by several SM coaches, Martinez personally led the routines for the 24 participants, aged six to 18 years old, who grabbed the opportunity to be personally trained by Martinez, the first skater from Southeast Asia and figure skater from the tropical zone to qualify for the Olympics and the only athlete to represent the Philippines at the 2014 Sochi Winter Olympics.

"It feels really great kasi I’ve always dreamed to teach kids here. I love kids and to be able to impart my knowledge to Filipino youths,” he told SPIN.ph.

Martinez employed a hands-on approach during the training sessions, skating back and forth across the regulation size ice hockey rink between the beginner and intermediate groups.

“I’ve tried many camps and the coaches usually coach the group and sa experience ko it’s kind of a waste. I’ve learned a little bit but it’s just a little hard to learn kasi hindi sila pumupunta sa isa-isang students. What I wanted to try was to teach all of them one by one so when the camp finishes they would learn a lot of things,” he explained.

Seventeen-year- old Ernest Blas P. Ople, who literally stood out with the mostly female participants due to his height and build, found the camp “fun and inspiring” and an opportunity interact with other skaters, and to meet and receive instruction from the country’s lone Winter Olympian.

“Michael goes around and gives us tips … during the warm-ups I was surprised when he said, ‘Whoa! You’re flexible!’” said the soft-spoken high schooler whose size belies a surprising gracefulness on the ice - the result of ice skating lessons he began at the age of six after watching Disney on Ice shows.

With their parents looking on from the sidelines, the mostly intermediate level figure skaters eagerly went through strength and conditioning exercises, stroking drills to make them faster and were introduced to basic and single jumps.

Before leaving for Cebu next week for another three-day camp, Martinez will lead a figure skating show at the SM Megamall on Saturday.

Coach Al Marinez, who has been teaching ice skating for 21 years and Michael’s main coach for three at the SM Southmall, was impressed with his former ward.

“I am so proud of him. Yesterday he was so nervous because it was his first time to handle kids. Na-overcame niya yun and now he’s more relaxed magturo. He was shy since he was small. I gave him some advice yesterday and the night before we had the training camp to make him more comfortable.”

Marrtinez admitted that he is shy “outside the rink” but when it comes to teaching and performing, “I’m really different because I really want all of them to succeed and to reach their dreams. That’s just who I am.”

As a coach, Michael describes his methods as “parang comedian or best friend” but does not let up on the goal of becoming better figure skaters: “At the same time I keep telling them they need to focus on what they need to do to reach their goal. They should never be scared in doing new things. They should always take that first step. Some figure skaters are actually scared of what I am asking them to do but I tell them, “No, this is not about your level. It’s about trying new stuff. This is what this camp is all about.”

Even during the offseason, Martinez is kept busy staying in performance-ready shape. He devotes 10 hours each day to practice, dance on ice, jumping, gym and therapy. He only takes Sunday off his usual fitness routine. He spends his free time hanging out with his sisters and or catching a movie with friends.

“I give my everything to the sport. Kung half lang ang ibibigay mo, there’s no point in doing this.” 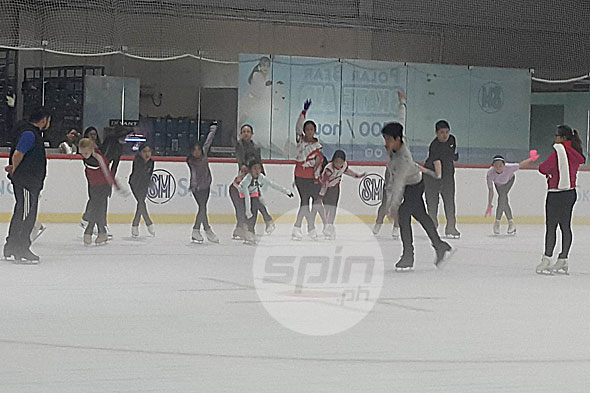 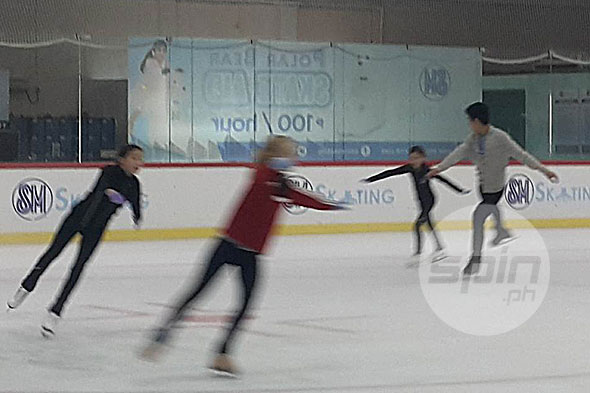