SMART CLARK GIGA CITY – The PBA bubble has just been bitten by the Christmas bug.

Thirty six days before the annual festivity celebrating the birth of Jesus Christ, management of Quest Hotel in coordination with Asia’s pioneering pro league led the launching of the Christmas tree lighting event.

A small program held at the Quest Plus Conference Center highlighted the affair attended by representatives of the three teams which made the Philippine Cup semifinals, PBA commissioner Willie Marcial, deputy commissioner Eric Castro, and league staff, along with management of Quest Hotel led by general manager Michael Gapin and executive assistant manager Mabel Roman. 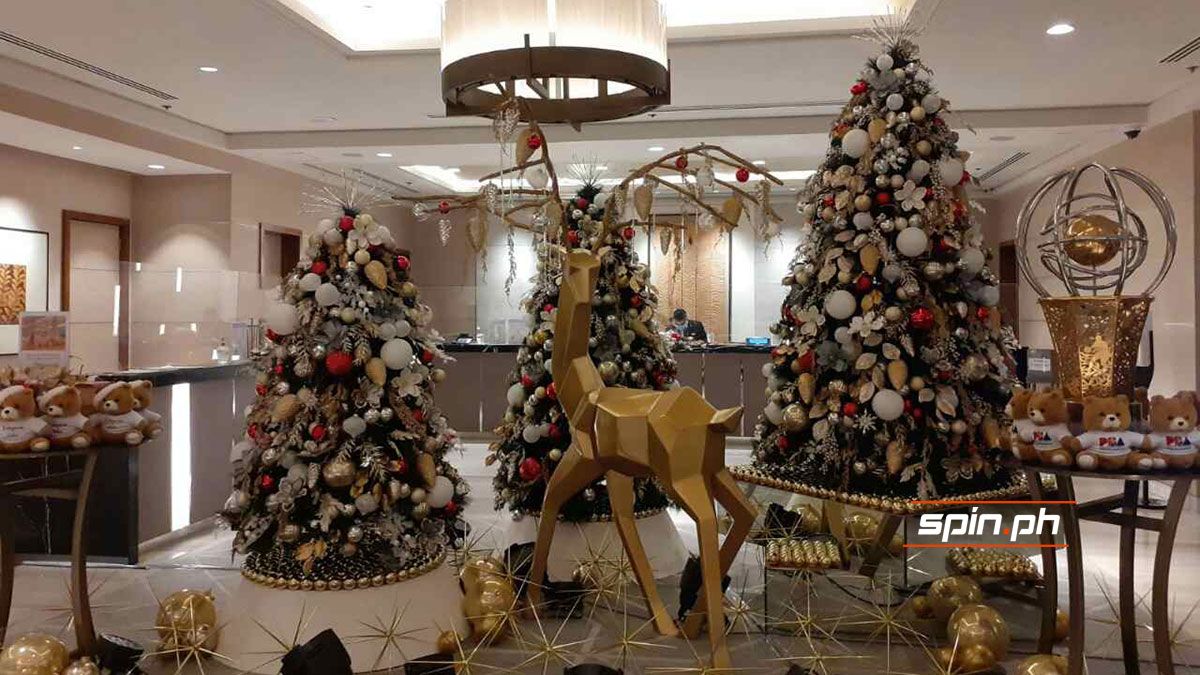 In his brief speech, Marcial thanked the whole staff of the hotel for the warm welcome and whole-hearted support it extended to the league in order to make the bubble conference possible.

He likewise personally vows that Quest will remain a partner of the league if and when a bubble tournament is again held by next season.

Marcial later presented Gapin with a PBA ball, and in return the Quest Hotel official gave the commissioner hotel mascot Abe Bear, before the two presided over the countdown on the Christmas tree lighting.

During the event, hotel management showed its Christmas station ID participated by all 12 teams, league officials, and Quest Hotel staff.

TnT Tropang Giga failed to attend as the schedule conflicted with their team practice.