MANNY Pacquiao is facing a new opponent on a different platform.

The boxing great and senator filed a cyberlibel complaint against Pastor Apollo Quiboloy, seeking P100 million in damages for what he said were "fabricated" claims made against him.

The bone of contention remains sports related — the alleged misused of funds for the unfinished construction of the Sarangani Sports Training Center.

The case was filed at the Makati City Prosecutor’s Office on Tuesday. 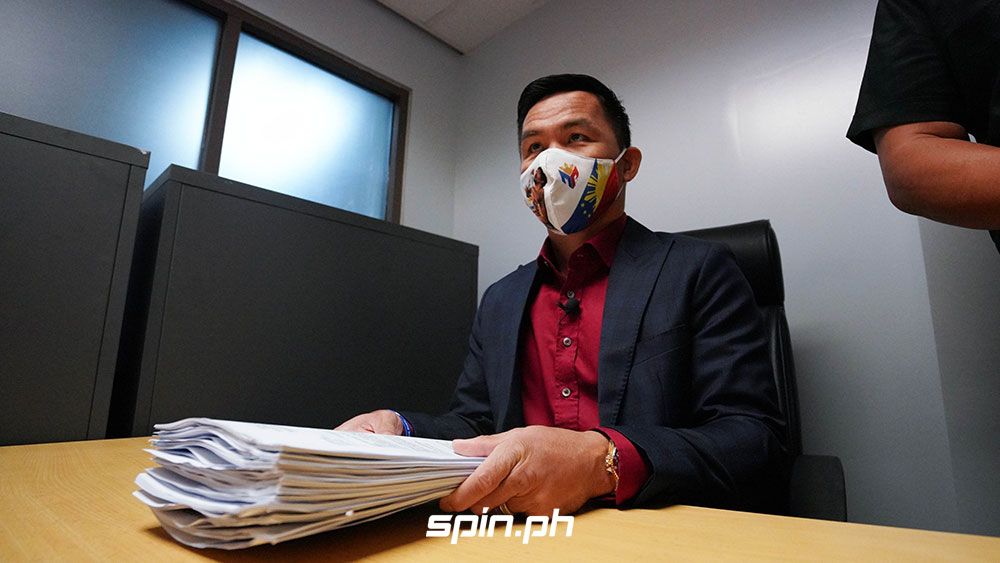 Pacquiao’s complaint stemmed from a television appearance and social media post where Quiboloy, the self-proclaimed ‘Appointed Son of God,’ accused him of misusing government funds amounting to P3.5 billion during his time as representative of Sarangani at the House of Congress.

The pastor, a known close associate of President Duterte, made the accusation on the boxing superstar through his SMNI network on television and on social media, where the supposed unfinished training center was shown.

Pacquiao, coming off a loss against Yordenis Ugas of Cuba in their world welterweight title fight last month, has been at odds with the president of late, stemming from his claims about the rampant corruption in the various government agencies.

Following Quiboloy's statements, the senator refuted the pastor's accusations, saying the clips shown were old ones dating back to 1996 and not the sports center which he funded and constructed to the amount of P300 to P500 million.

At the same time, the 42-year-old senator said the P3.5 billion budget being claimed by the pastor had been appropriated for the Philippine Sports Training Center in Bataan. Pacquiao denied he had anything to do with the project.

“He used deliberate falsehood to brainwash the minds of the Filipino public, recklessly propagating it to blacken the image and reputation of an honest public servant,” said Pacquiao in his complaint.

“He even had the audacity to quote the Holy Scriptures in furtherance of his lies, misleading his flock, and confusing the public, with the end in view of blackening another’s reputation.”

Pacquiao stressed though, he will be donating to the poor the P100 million damages he is seeking from the libel case.

The camp of Quiboloy has yet to release an official statement as of posting time.