APPAREL and footwear brand Macbeth in collaboration with Ann Savage will bring the best of the global tattoo culture to the Philippines when it hosts the Savage Ink International Tattoo Convention on October 19-20, 2019 at the Waterfront Hotel in Lahug, Cebu City.

Renowned tattoo legends, exhibitors, artists, and models are set to converge in Cebu City for an unforgettable weekend that organizers guaranteed will leave an indelible mark among members of the country's tattoo community.

By holding one of the biggest international tattoo conventions in the country, Macbeth marketing head Rhome Jarvia Yu said they aim to promote cultural diversity, destigmatize tattoos and celebrate its cultural significance to Filipinos.

The convention also aims to merge this art form with other mainstream art scenes, Yu added.

"We hope to help the tattoo community in the Philippines grow by providing them with the same standard as other international tattoo events we have attended around the world," Yu said. 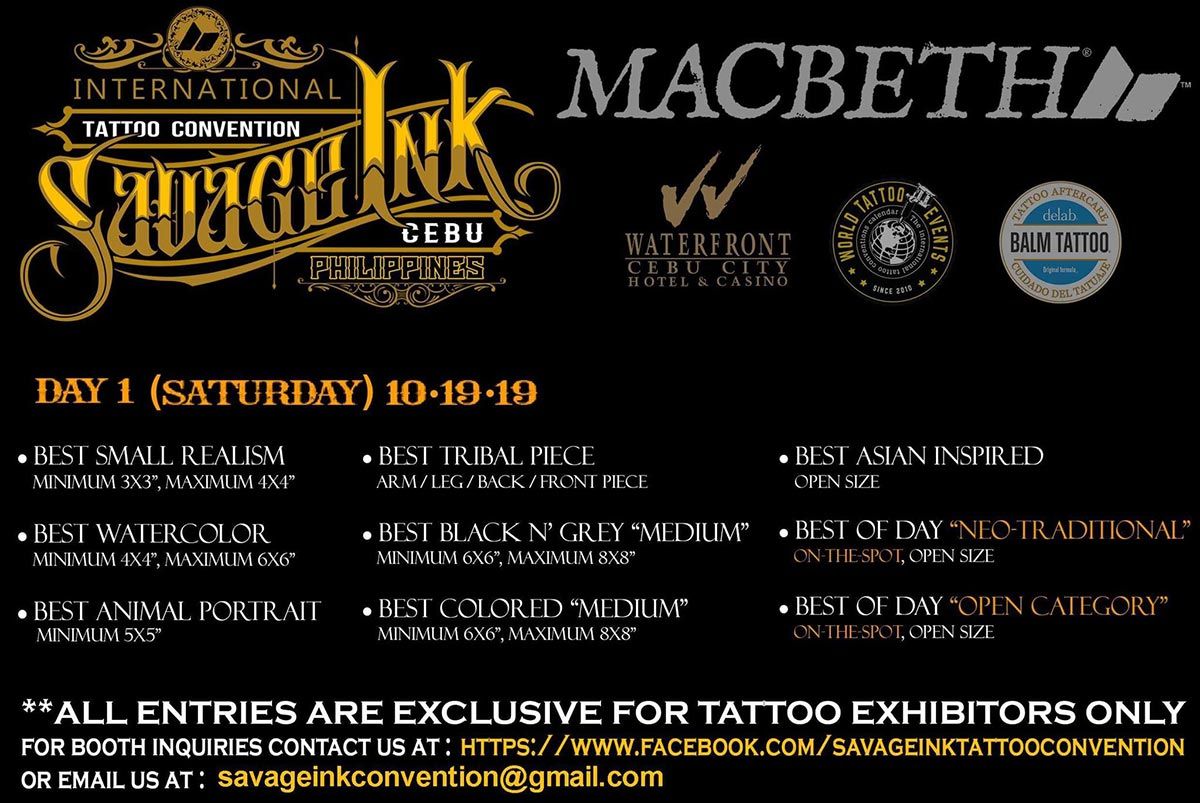 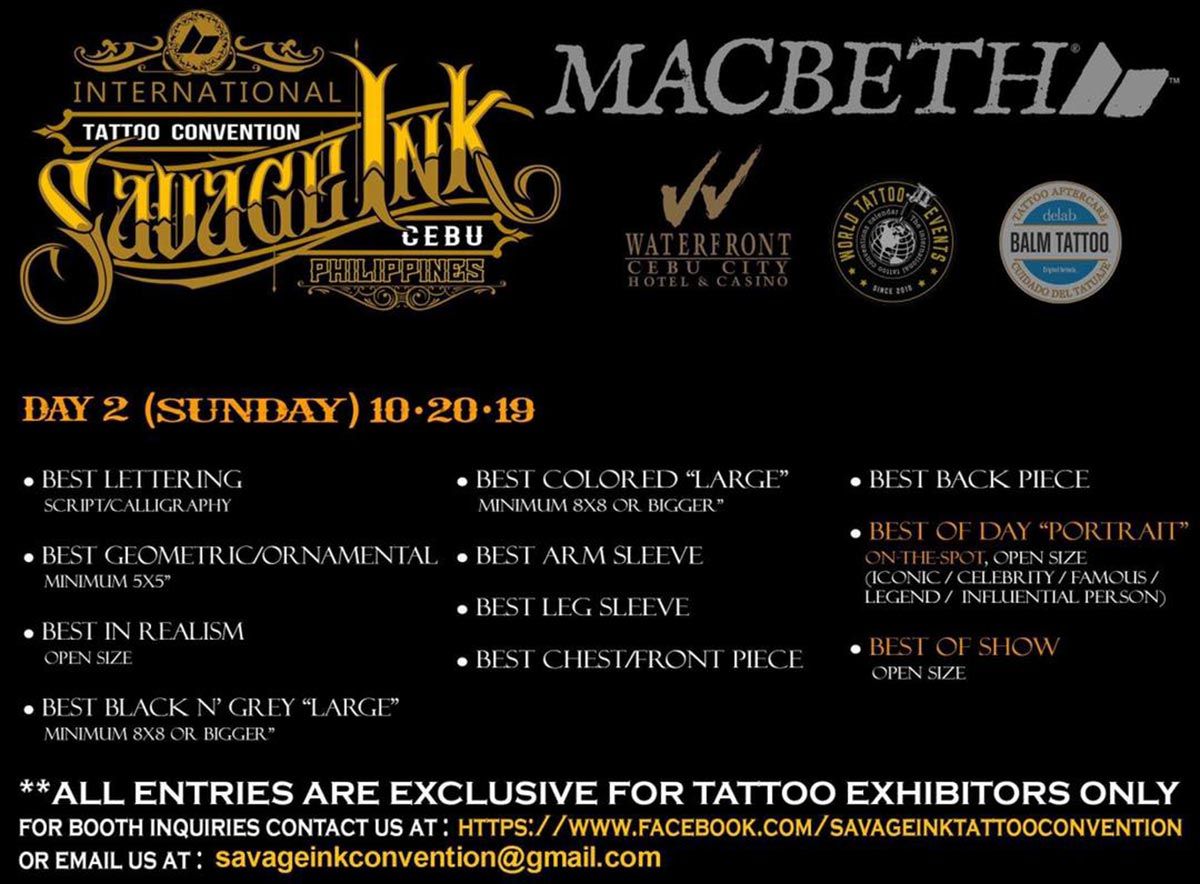 Top artists from around the world are expected to compete in the two-day event, with tattoo legends serving as judges who will pick the winner of the centerpiece Best of Show, to be awarded to the best across all categories overall.

A separate dance contest will also be staged during the convention, where some of the country's top bands are also lined up to perform.

But unlike most tattoo events in the country, the main focus in the maiden Savage Ink International Convention in the Philippines will not be on the competition but on the sense of community among tattoo enthusiasts, Yu said.

"We aim to capture the openness and camaraderie and introduce that to our local artists and to make them see that tattoo events need not only be about competition, but about getting to know other artists, learning from them, and sharing your knowledge in turn," Yu added.