THE UNTHINKABLE happened in 1993 when the Philippine women’s volleyball team, then comprised of the best collegiate stars in the country, won the gold medal in the 17th Southeast Asian Games in Singapore.

It was the last time that our country ever stood at the very top of the podium in a sport that is now one of the most followed and popular team competitions in the land.

Naturally, the women who made up the team were hailed national heroines for their legendary feat.

That it’s an achievement that hasn’t been duplicated in 26 years only accentuates the hardships and hurdles the team had to surmount to bring home the coveted gold. It’s also why this crew of overachievers is considered one of the most unforgettable volleyball greats in the country. 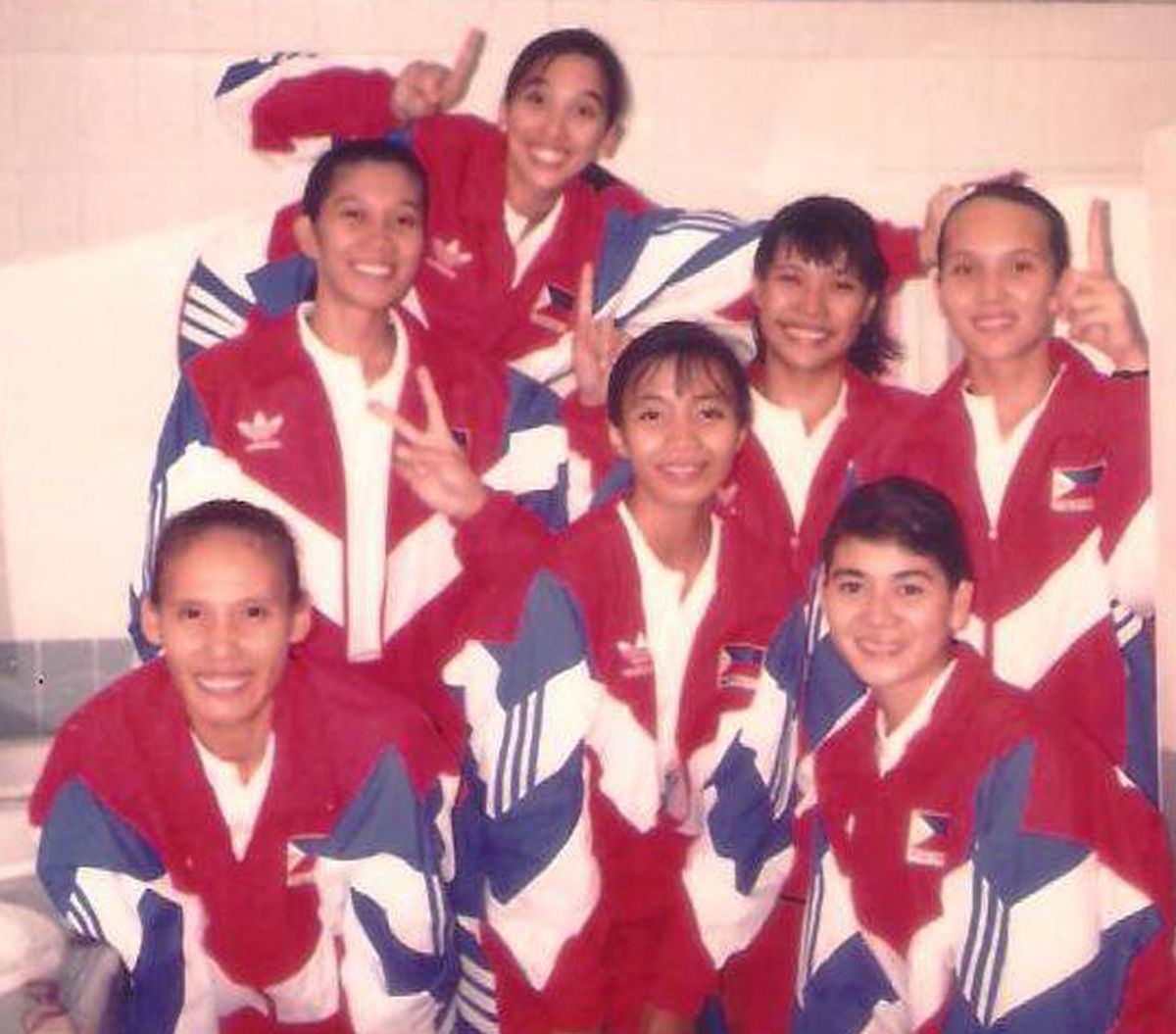 They were led by Russian head coach Stanislav Lyugaylo, a member of the USSR national team that saw action in the 1964 Tokyo Olympics. As sterling as his credentials were, Lyugaylo's reputation as a strict taskmaster was hampered by his incompetence in speaking English, which was problematic for some members of the team in the beginning.

Yet, however challenging and daunting the training and competition got, this team proved ready to take on the many struggles that came its way. 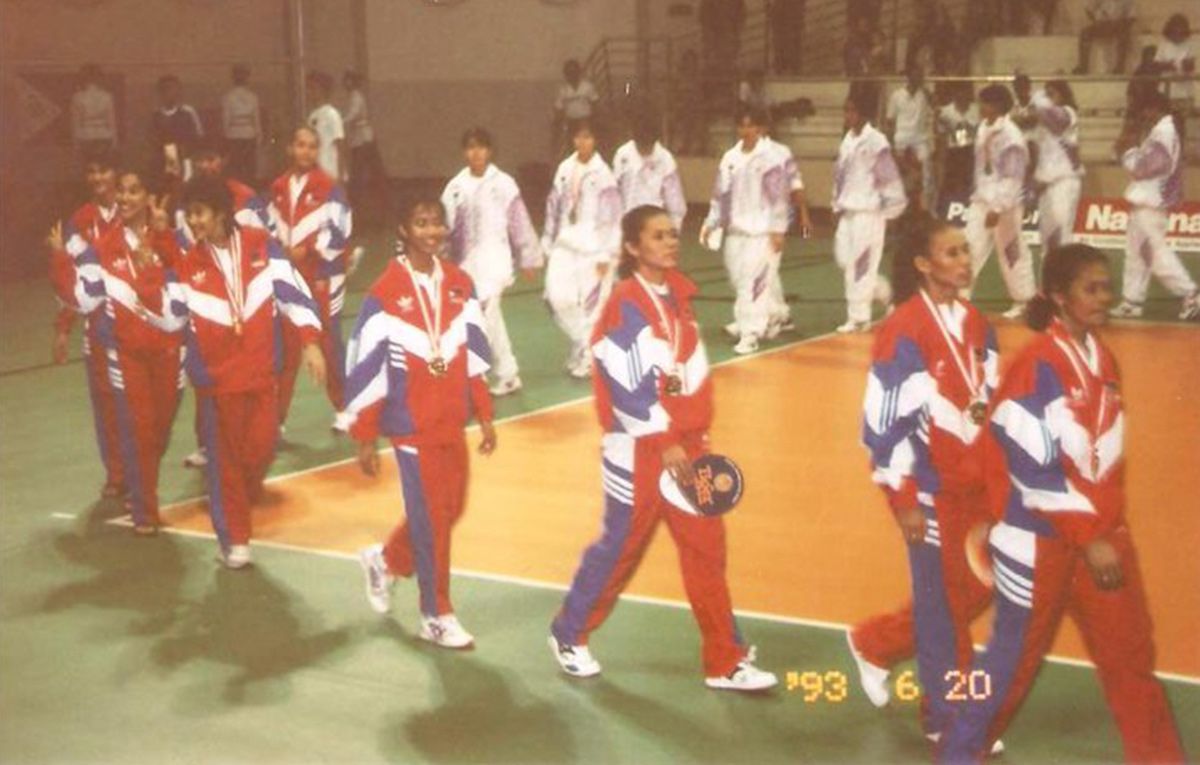 One of the memorable encounters the team had with its fiery coach happened early in the latter's stint with the national squad.

For Barina-Rojas, however, the language barrier was never that big an issue to deal with.

At the end of the day, though, volleyball proved to be the language that tightened their bond.

"We had our ways of understanding him and he had his way of communicating with us na naiintindihan namin," said Cruz. "It's volleyball, basically one language lang naman 'yan." 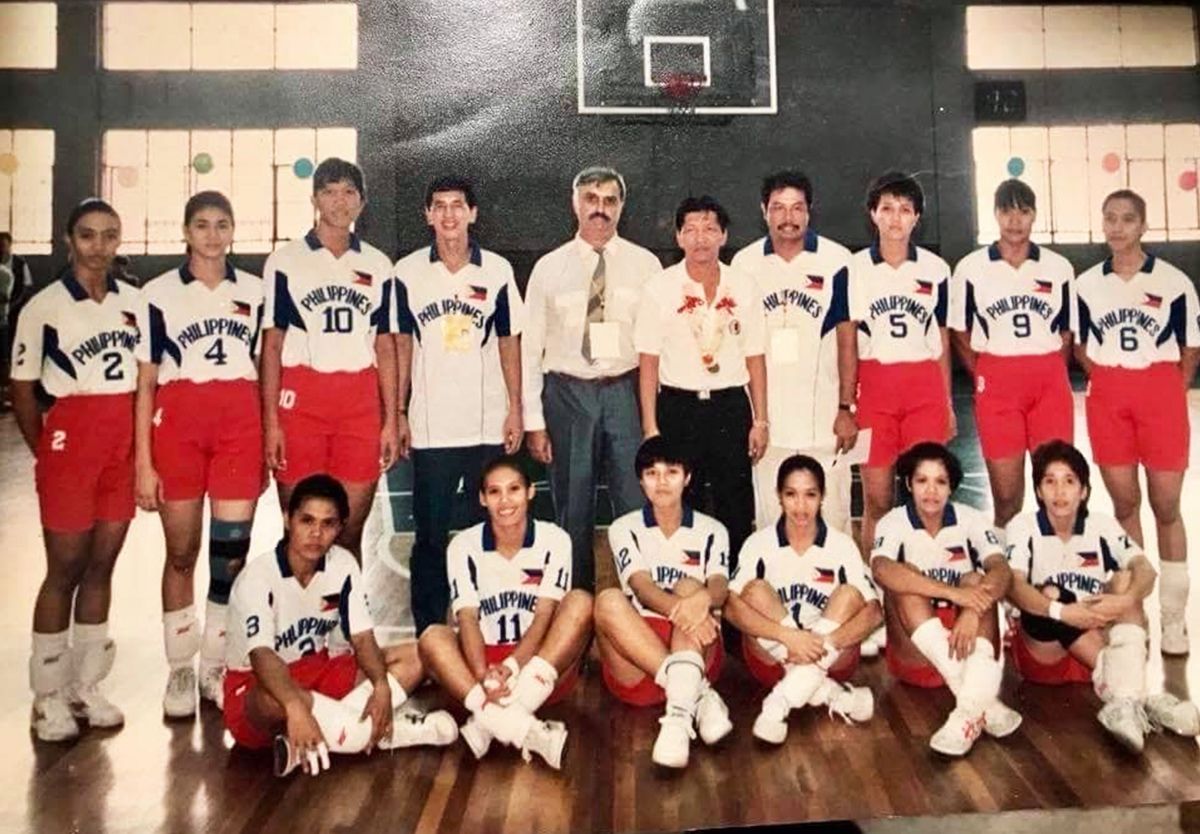 Barina-Rojas admitted that overcoming the language barrier was easier than enduring the conditioning regimen designed by the Russian master tactician for the team. That, to her, was the hardest training she had ever gone through in her 14 long years with the national team.

But her mind somehow didn’t let her consider stopping so her body continued to push on. 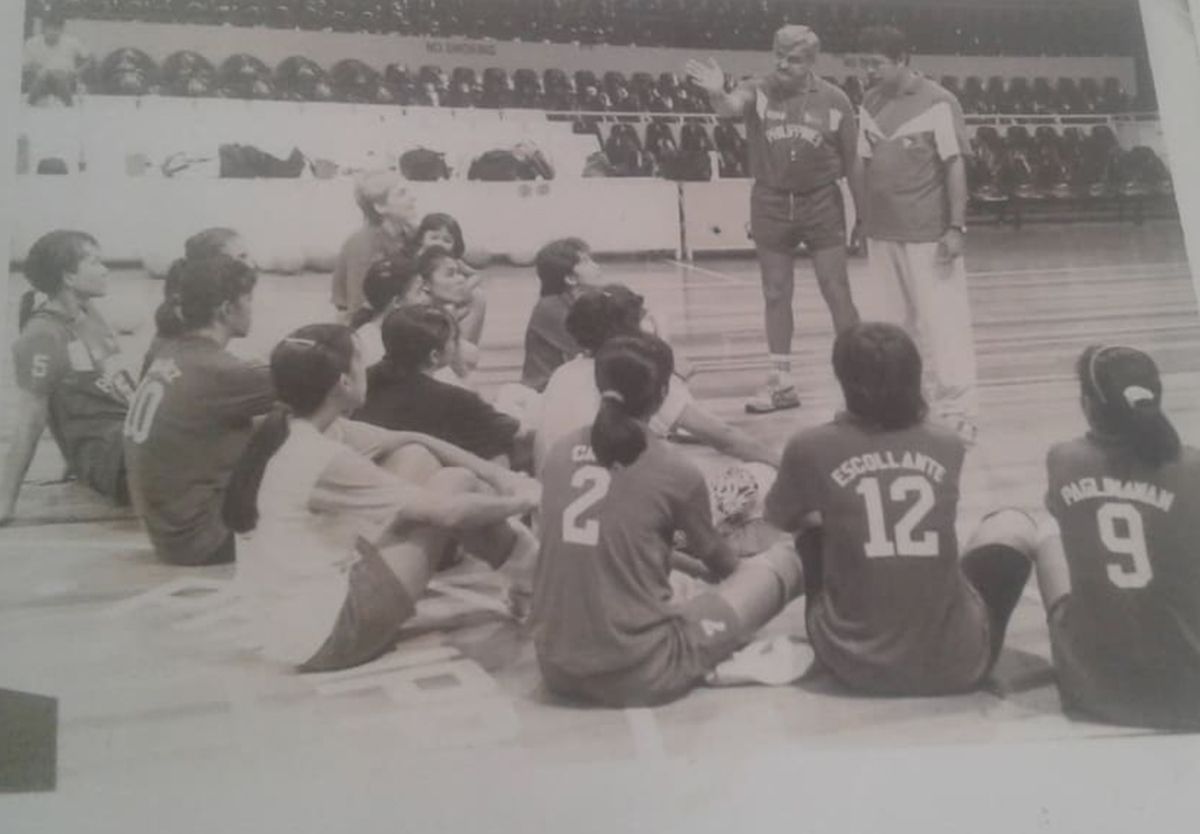 After going through such hellish training, the Philippine team was ready to compete in the 1993 SEA Games.

The lone squad that the Pinay spikers could not defeat was eventual finalist Thailand.

With Barina-Rojas and Cruz leading the way in the knockout semifinals match, the Philippines turned back the equally dangerous Indonesian side in five sets, 15-13, 15-5, 11-15, 11-15, 15-9, to set up a finals rematch with the Thais for the SEA Games gold. 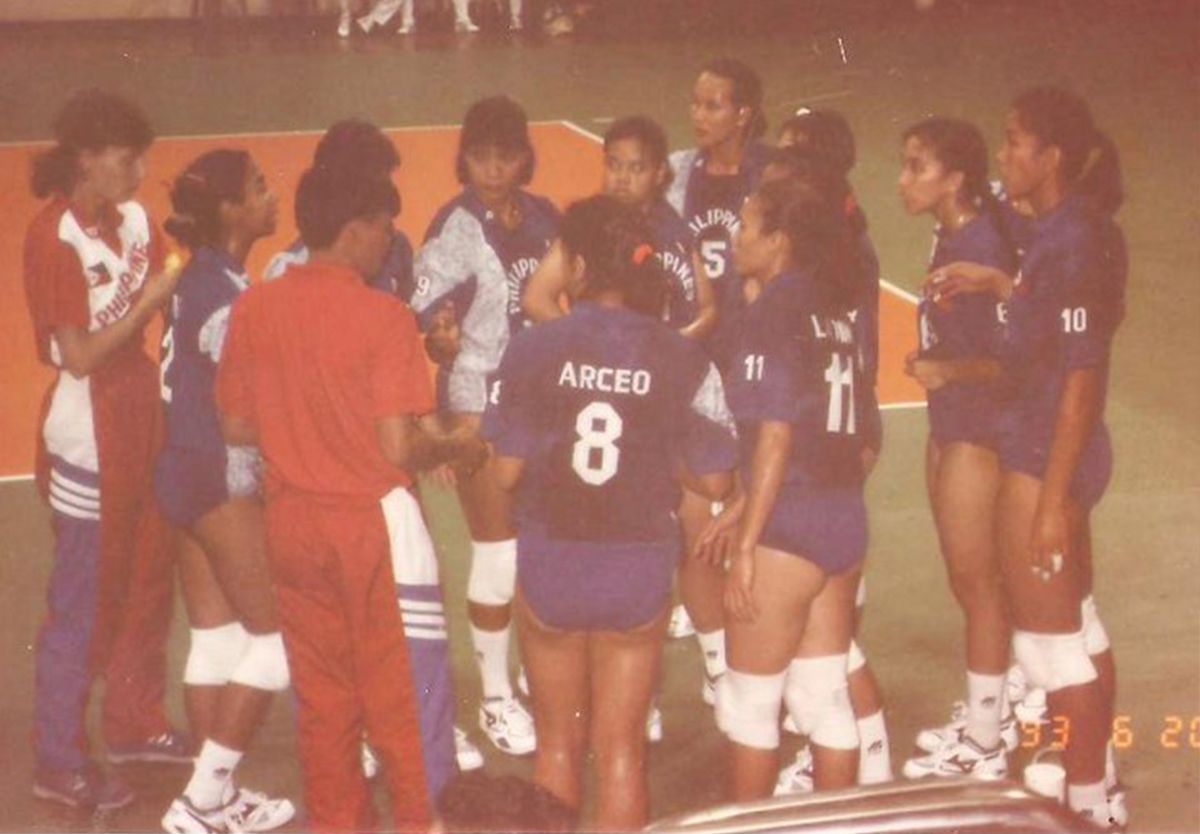 The day before the gold medal match, the ladies enjoyed a rare free day, which they spent shopping for souvenirs. They chanced upon the opposing team’s manager in one of their stops for the day. The Thai team official, whom they had met before, told them in jest to buy many gold-plated souvenirs because they would only settle for the silver medal.

Despite the unexpected trash talk, Team Philippines had the last word during the game, winning the championship in four sets behind the heroics of the towering 6’1” Ybanez-Chavez, who was one of the most feared Pinay volleyball spikers in Southeast Asia.

With the win, the team not only dethroned mighty Thailand but also avenged its loss to the same squad in the 1991 SEA Games. 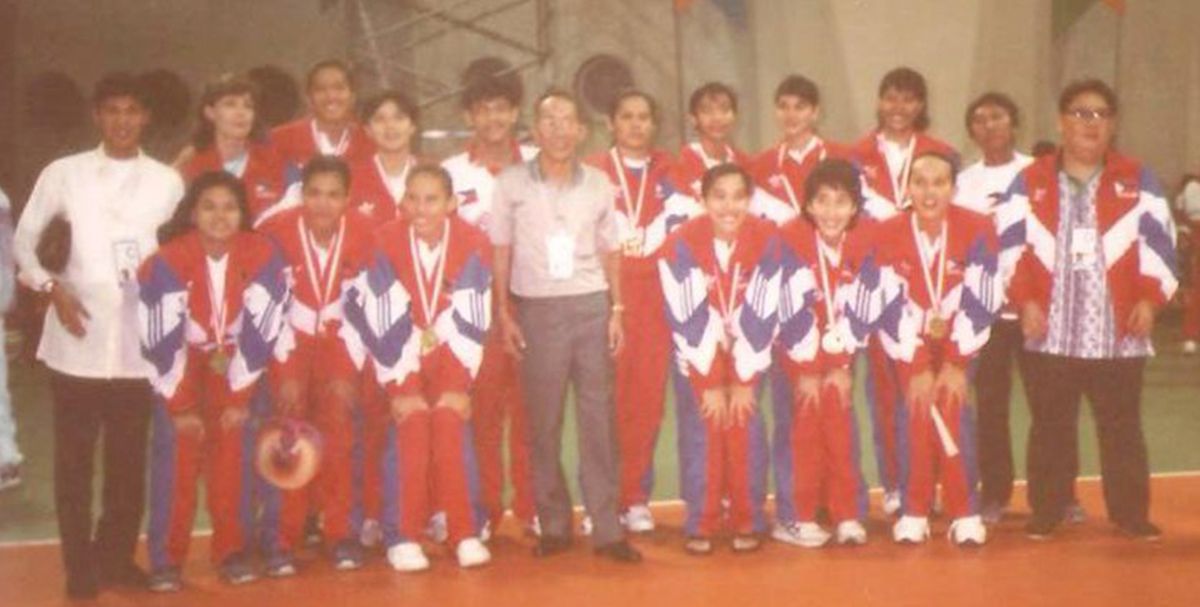 "We took it as a challenge na lang. Siyempre pinaghirapan din naman kasi namin mag-train for that and you want to win the crown," said Cruz.

Everyone was psyched to contribute and finish off the top seed, added Barina, who’s now a coach at the Makati Gospel Church (MGC) Newlife Christian Academy.

A few days after the biennial meet in Singapore, the national team returned home and, together with entire Philippine contingent, paid a courtesy call on then-President Fidel V. Ramos at the Malacañang Palace. 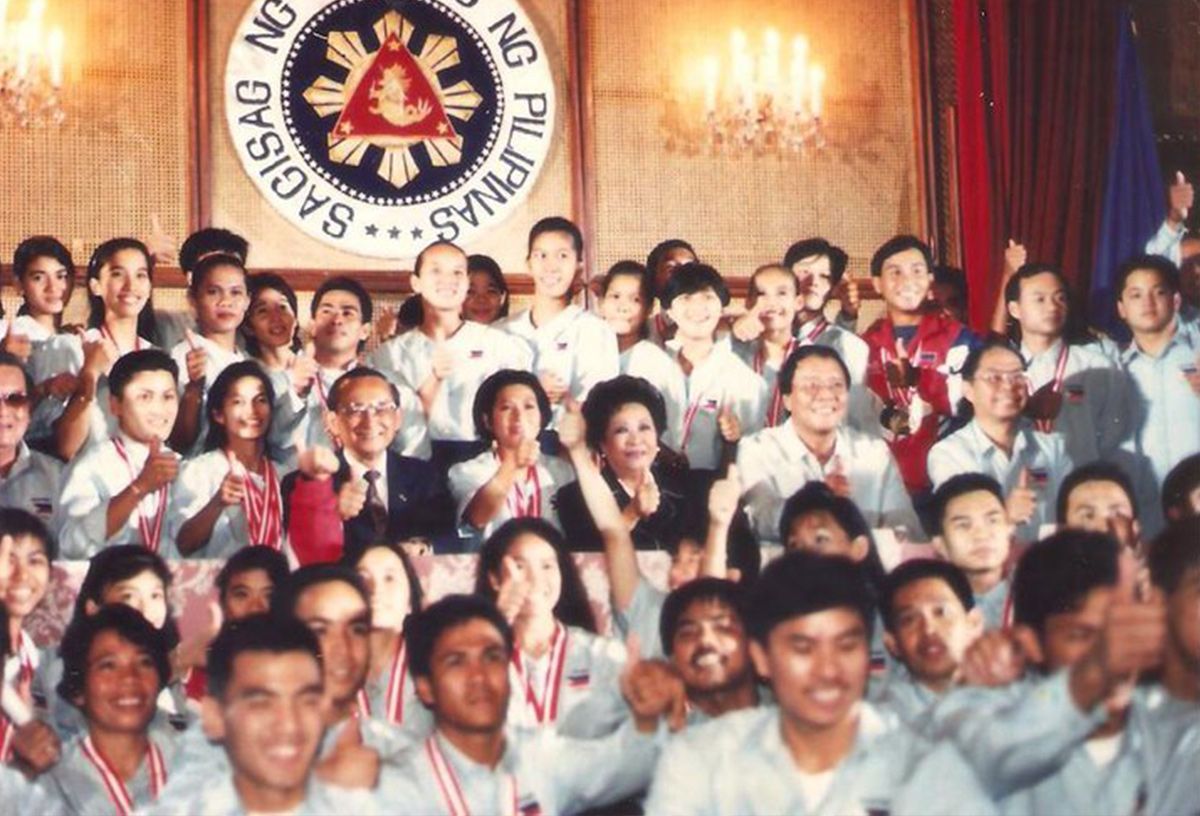 The ladies, who proudly wore their gold medals, were all over the news in the days that followed.

Over a month later, Alyssa Valdez (who would grow up to become the country's top volleyball player), Kim Fajardo (the skilled and quick-thinking setter), and Dindin Santiago-Manabat (the strong-willed and determined spiker) were born, quietly signaling a passing of the torch to the next generation of volleyball greats.

All three, when healthy, have done their share carrying the Philippine flag in many an international volleyball competition in the recent past.

From November 30 until December 11, Valdez and a battle-tested mix of veterans and first-timers will enjoy homecourt advantage as they hope to recapture the SEA Games women's volleyball gold last won by their gritty predecessors 26 years ago.

It will be an ordeal with perennial heavyweights Indonesia and Thailand still around, true. But with a crowd that's expected to come in droves and will likely include members of the fabled 1993 SEA Games team behind the Shaq delos Santos-helmed squad, it's certainly not that improbable for the so-called impossible dream to become a reality right before our very eyes.