LAKE BUENA VISTA, Fla. — Black players were next to white players. Coaches from one team were next to their compatriots from the opposing side. Many locked arms with the man next to them, some shut their eyes tightly, a few including LeBron James briefly raising a fist into the air or pointing skyward.

The NBA had a strong, powerful re-opening night message. 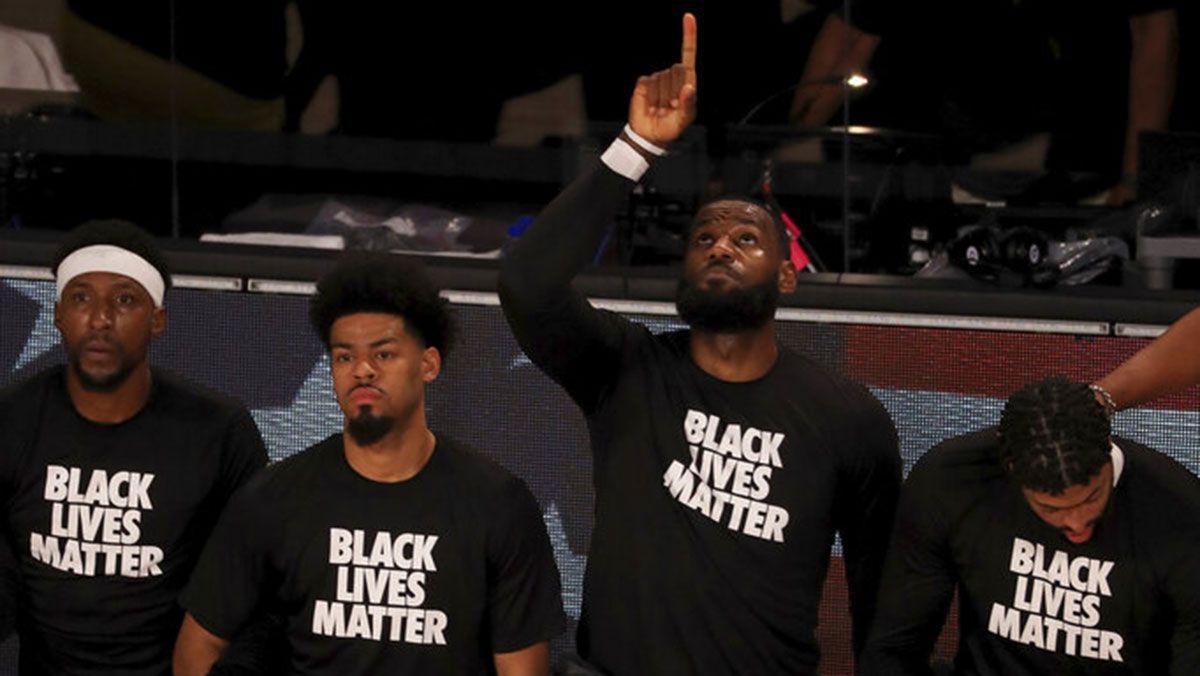 When it comes to demanding change, the league stands united — and Thursday (Friday, Manila time), the four teams that played on the first night of the league’s restart showed that by not standing.

They were unprecedented images for the league in unprecedented times: The Utah Jazz and New Orleans Pelicans knelt alongside one another during “The Star-Spangled Banner,” their way of joining the chorus of those demanding racial justice and equality in society. In the second game Thursday, James’ Los Angeles Lakers and the Los Angeles Clippers did the same thing during the anthem preceding their matchup.

“Tonight we witnessed sober, powerfully moving and heartfelt demonstrations by our players of their commitment to the pursuit of justice,” National Basketball Players Association Executive Director Michele Roberts tweeted moments after the anthem preceding the Lakers-Clippers game ended. “Very proud.”

The NBA has a rule that dates back to the early 1980s decreeing that players must stand for the national anthem, and Commissioner Adam Silver quickly announced that the policy is being adjusted. The anthems were pre-recorded: Jon Batiste performed the one before Pelicans-Jazz, the Compton Kidz Club had the task before Clippers-Lakers.

“I respect our teams’ unified act of peaceful protest for social justice and under these unique circumstances will not enforce our long-standing rule requiring standing during the playing of our national anthem,” said Silver, who watched from a plexiglass-enclosed suite because he has not been quarantined and therefore cannot be around players and coaches who are living inside the NBA’s so-called bubble at Walt Disney World.

The coaches, first New Orleans’ Alvin Gentry and Utah’s Quin Snyder and then the Lakers’ Frank Vogel and the Clippers’ Doc Rivers, were next to one another, their arms locked together. The scenes, which occurred with the teams lined up along the sideline nearest where “Black Lives Matter” was painted onto the court, were the first of what is expected to be many silent game-day statements by players and coaches who will kneel to call attention to many issues — foremost among them, police brutality following the deaths of, among others, Breonna Taylor and George Floyd in recent months.

Even the game referees took a knee during the pregame scene.

“I think it’s critical that all of us, in a unified way, turn attention to social justice,” Snyder said during a televised in-game interview. “And all the players, all the coaches, are united in that fact and committed to do what we can do to effect long-term change.” 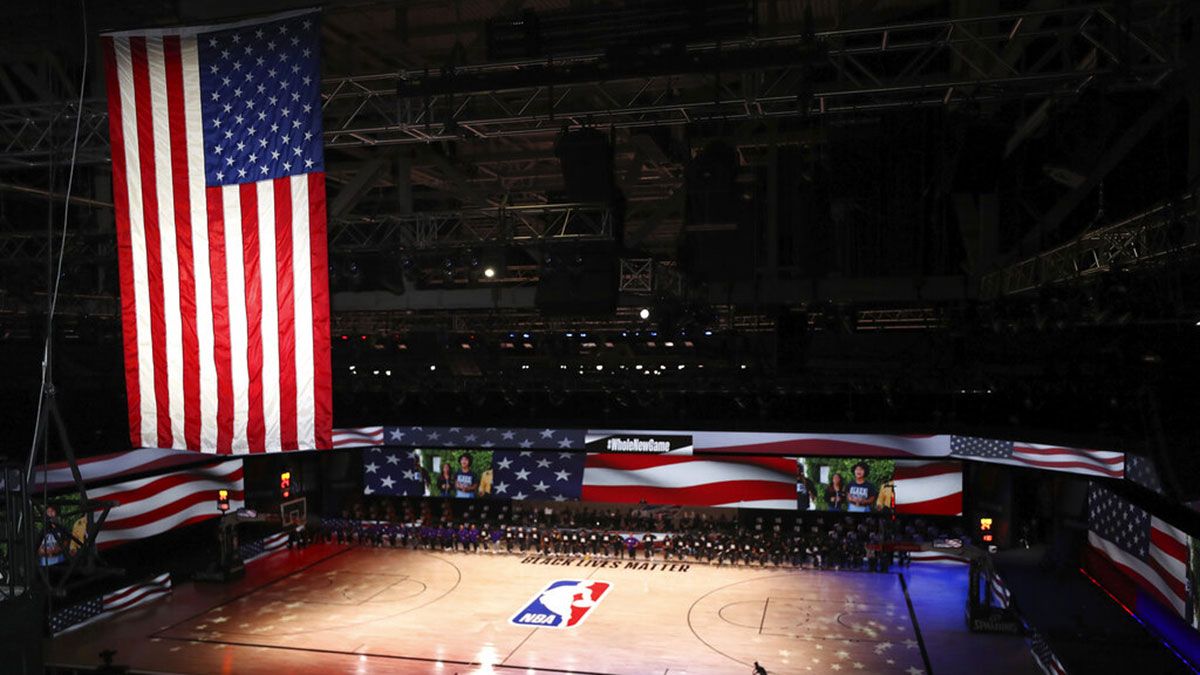 Many players warmed up wearing shirts that said “Black Lives Matter.” Thursday also marked the debut of new jerseys bearing messages that many players chose to have added, such as “Equality” and “Peace.”

The NBA season was suspended when Rudy Gobert — who also scored the first basket of the restarted season — of the Jazz tested positive for the coronavirus and became the first player in the league with such a diagnosis.

Gobert was diagnosed on March 11; two days later, Taylor, a 26-year-old Black woman, was fatally shot when police officers burst into her Louisville, Kentucky apartment using a no-knock warrant during a narcotics investigation. The warrant was in connection with a suspect who did not live there and no drugs were found.

Then on May 25, Floyd died after a white Minneapolis police officer pressed a knee into the Black man’s neck for nearly eight minutes. That happened on a street, with the images — and sounds of the man saying he couldn’t breathe, then crying out for his mother — all captured on a cell phone video.

NBA players have used their platforms — both in the bubble and on social media — to demand equality, to demand justice for Taylor. Coaches have also said it is incumbent on them to demand change and educate themselves and others. And the pregame actions Thursday were just the start of what is expected to be a constant during the remainder of this season.

Other teams who will play their first games of the restart on Friday and Saturday are planning similar gestures.

“We want our lives to be valued as much as everybody else,” Boston Celtics star Jayson Tatum said in a video that aired before the games, part of a project organized by both the NBA and the National Basketball Players Association. “We don’t think that we’re better. We want to be seen as equals.”

Added Chris Paul, the Oklahoma City Thunder guard and president of the NBPA, speaking in the same video: “Things aren’t going to change until we sort of make them change.”

Gentry said he appreciated the accidental symmetry that came from the first games of the restarted season coming only hours after the funeral for U.S. Rep. John Lewis, who died July 17 at the age of 80.

Lewis spent most of his life championing civil rights and equality and was the youngest speaker at the 1963 March on Washington — the one where Martin Luther King Jr. delivered his “I Have a Dream” speech. Gentry said he believes this movement, like the one Lewis helped spark six decades ago, will endure.

“If you talk to some of the younger generation, I think this is here to stay. I really do,” Gentry said. “I have a 20-year-old son and a 22-year-old son, and I know that they feel like this is the most opportune time for us to try to have change in this country.”
___