Father LA? Tenorio recalls time as sacristan, family's desire for him to be a priest

HE’s the PBA’s most durable player who never misses practices – let alone games – and even made sure that her wife Chesca, when she was about to give birth to their second and third children on the same days as game days, was operated on BEFORE call time so he could make those games.

But there was a point when LA Tenorio didn’t even dream about playing in the biggest stage of Philippine basketball.

The Ginebra star, the league’s modern-day Ironman who holds the record for consecutive games played now at 641, revealed his family wanted him to answer a divine calling when he was a kid.

Moving with his family from Nasugbu, Batangas to Manila, Tenorio was enrolled in Don Bosco Makati in grade school. 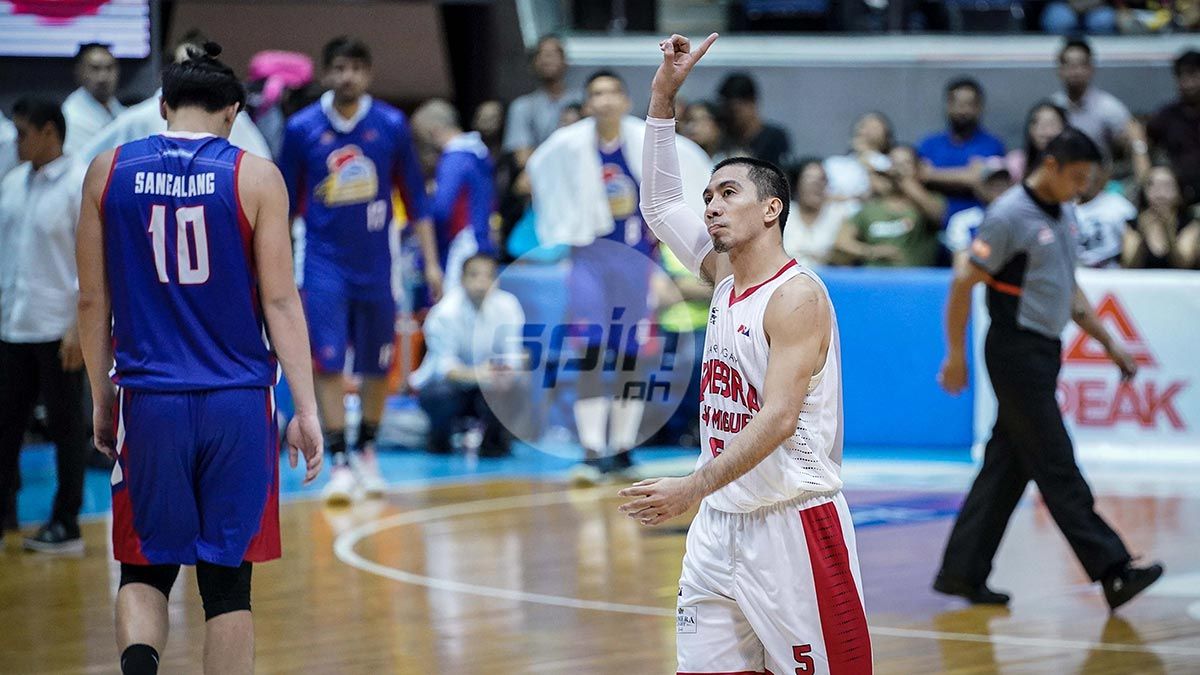 But with the influence of his cousins and friends, Tenorio turned to basketball and eventually played for Don Bosco’s grade school team. He made a stopover to Adamson in first year high school under former coach Charlie Dy, before transferring to San Beda under the care of respected mentor Ato Badolato for the remainder of his juniors’ career.

But even when he moved to Ateneo in college, Tenorio had no desire to play in the pro league, until his coaches convinced him that he was good enough to make it.

Tenorio, though, maintained a connection with the church as he recounted his days as a sacristan for his community church near Baclaran.

“Nag-serve ako sa church for the longest time,” Tenorio bared, saying he had been serving until he was in fourth year high school.

One embarrassingly funny incident at a Simbang Gabi mass prompted him to focus solely on basketball.

“I was bringing the crucifix, nadapa ako in the middle paakyat ng altar. Daming tao, napahiya na ako,” he recalled with a chuckle.

Tenorio served so long that he still remembers the role of sacristans to this day.

Despite establishing a successful hoops career, the 35-year-old Tenorio has never lost his faith.

“Hindi naman mawawala yun. Laging nandyan yan,” the father of three sons said. “Every day. He’s my source of strength – for my family, for my career, my parents, mga kaibigan ko.”

“This pandemic also reminded me of my faith,” he added. “So every day, we pray the rosary as a family. Part of being an inspiration to everyone.”