MAGNOLIA delivered under pressure last night, escaping a 20-point deficit from NLEX to bag their first win of the conference, 103-100. But the game also exhibited how each team's leaders, Paul Lee and Kiefer Ravena, can bravely handle crucial baskets for their respective teams.

Caught in a 97-all head-to-head battle by the end of the fourth quarter, the NLEX guard managed to shoot from the field to make it a one-possession lead, 99-97.

Ravena, visibly fatigued, tried to make a crucial basket for NLEX in the hopes of wrenching the game into overtime.

His attempt, however, wasn't successful.

But with game night over, both Ravena and Lee paid respects to each other's game on Instagram. 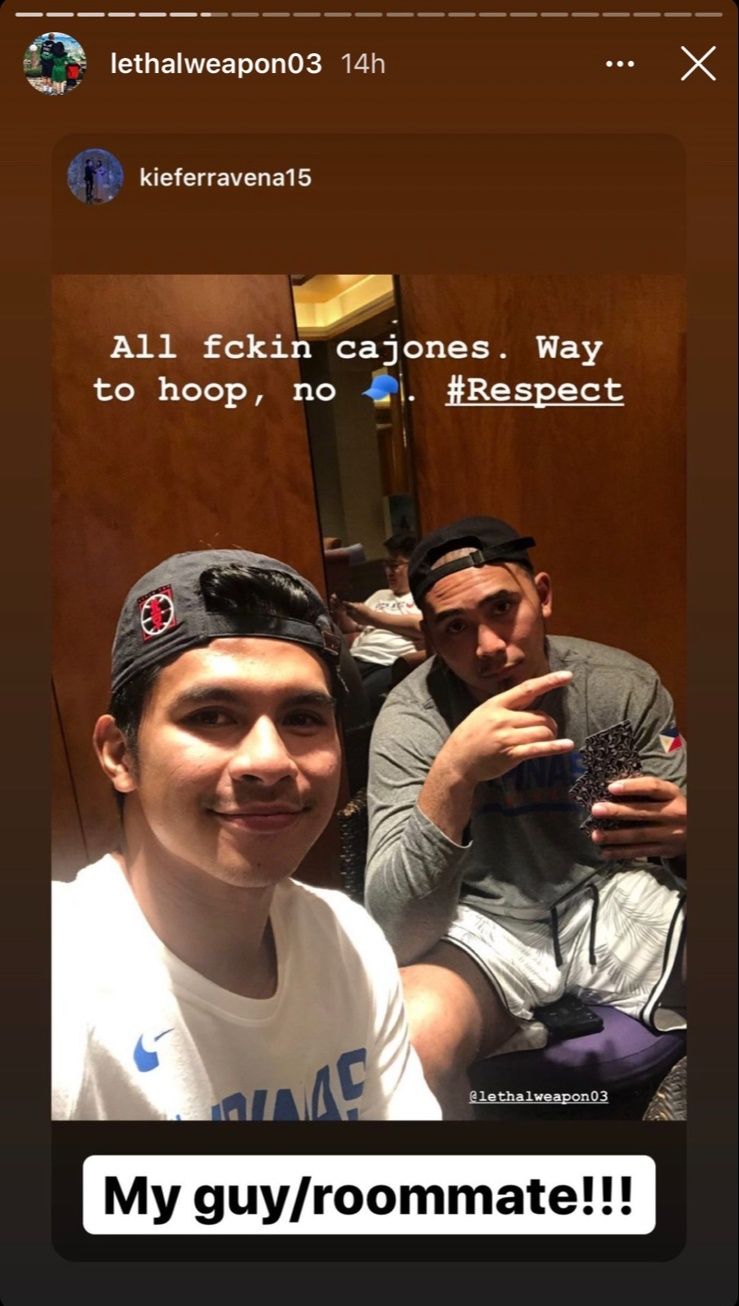 "All fckin cajones. Way to hoop, no cap. Respect," he wrote, tagging @lethalweapon03, Lee's handle on the social network.

The photo showed the two guys sitting next to each other while playing cards. Ravena explained to SPIN Life that it was a photo from their Spanish training camp to prep for the 2019 Fiba World Cup, where they were roommates.

"'Nung World Cup pa yan, pero we stay connected pa rin inside the bubble," he said.
Dito walang pansinan hanggang after maglaban. It's an edge we try to have against one another. And for players like Paul, you gotta bring your 100% every time. If not, walang chance."