JACK Animam has finally broken her silence, and shared that she is now doing better as she continues her road to recovery from her knee injury.

Laying it all in a Life Update blog on her YouTube account, the Gilas Pilipinas Women center poured it all and shared the tribulations that she had to go through for the better part of the last two months.

"Every day, that's my goal: I'm trying to be better. Itong injury ko, masakit, mahirap. Pero sabi ko nga, maybe God is trying to teach me something and I always believe everything happens for a reason. Meron itong something," she said.

Animam is currently in Cincinnati, Ohio for her rehabilitation after undergoing an ACL surgery on her left knee.

But as upbeat as she is now, the 6-foot-2 bruiser admitted that it wasn't all rainbows and butterflies for her. She hurt her knee back in Nov. 27 — the day she turned 23 — during the warmups of Radnicki Kragujevac's game against Partizan 1953 in Serbia. 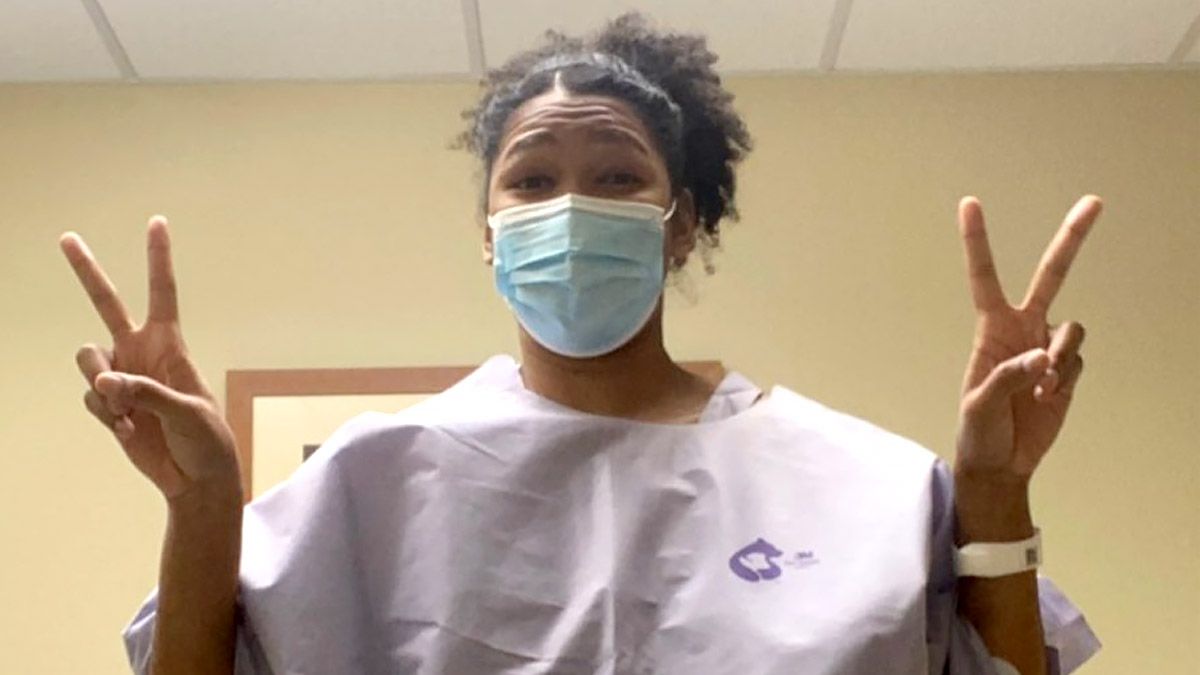 It took a week before she was able to undergo MRI to assess the severity of her injury, although that time, she already accepted the worst that it could be a torn ACL.

Eventually, the possibility of her being straddled on the sidelines sunk on the Bulakenya banger.

Eventually, she composed herself and faced this new hurdle head on.

Animam eventually bade her team goodbye and went to the United States in Dec. 11, going under the knife early this month and has began her rehab.

Tough as Animam's position is, she also agreed that it allowed her to put everything in perspective.

"Now, I'm looking forward to this journey. May kanya kanya tayong pinagdadaanan sa buhay natin, but with the proper mindset and with the right people around you, kakayanin natin."

With a more optimistic vision on hand, Animam ended: "I know this is not gonna be easy but with the people around me, especially my family, and with God, I know I can get through this and I will come back stronger than I ever was before."