THE Inter-Agency Task Force for the Management of Emerging Infectious Disease has given the green light for the partial reopening of gyms, as well as other "indoor non-contact sports venues" within NCR and the provinces of Bulacan, Cavite, Laguna, and Rizal.

In a resolution dated yesterday, June 10, and announced by the Palace today, the IATF has approved the recommendations of its working group regarding fitness establishments.

"Indoor non-contact sports venues with Safety Seal Certifications, such as fitness studios, gyms, skating rinks, and racket sports courts in the National Capital Region Plus areas, shall be allowed to operate at thirty percent of their venue capacity," the resolution said.

It also added: "Such venues are strongly encouraged to allow their regular members with recurring monthly subscription who opt not to avail of the services, to suspend their memberships for the duration fo their limited opening."

See the first two pages of the resolution below. 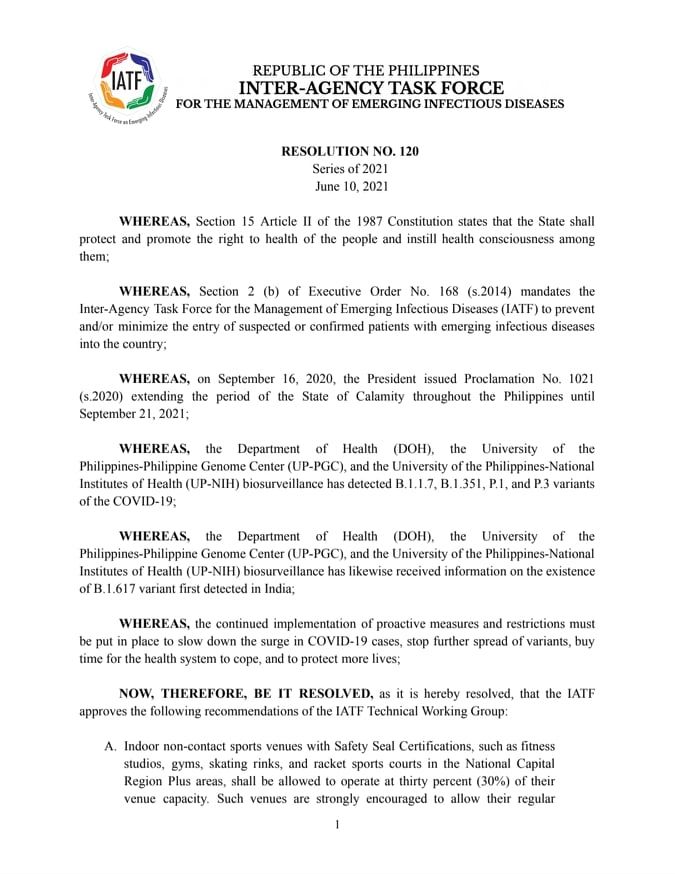 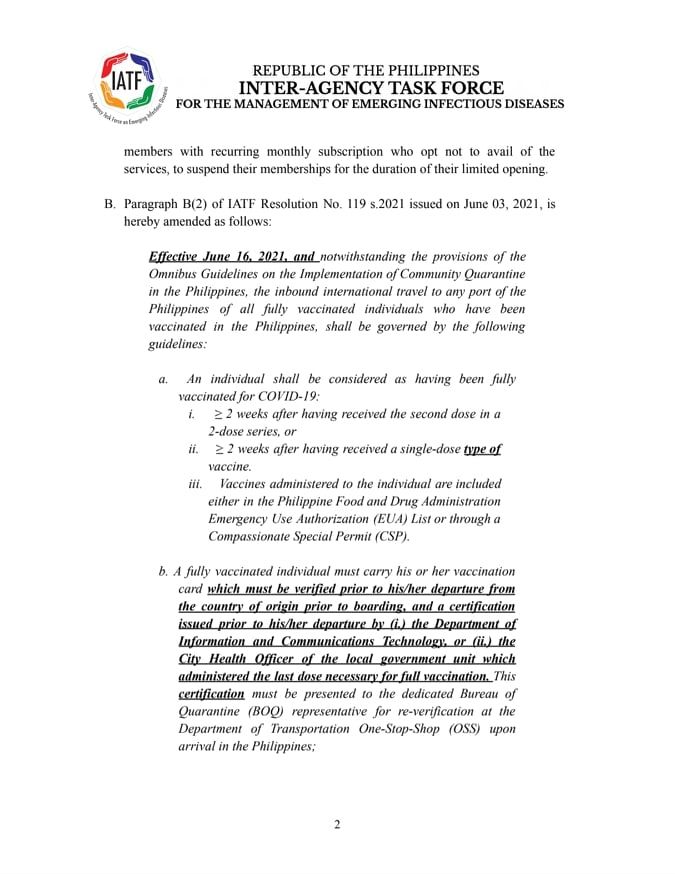 This statement ignited a response from a "Fitness Alliance" composed of some of the country's biggest gyms.

Elsewhere in the resolution, the IATF also okayed the reopening of historical sites and museums.

They will be allowed to open up to 20 percent venue capacity, "follwing the health and safety protocols as may be issued by the DOT, and the approval of the local government unit where these sites may be situated." Guided tours, however, are still not allowed.