EXCITEMENT is the air for the upcoming 2021-22 B.League season with no less than eight Filipino players set to suit up.

If the Land of the Rising Sun felt the overwhelming Pinoy support for Thirdy Ravena's initial foray with San-En NeoPhoenix was last year, it pales in comparison to the fanfare it stands to receive this time out.

That should explain why Spin.ph has been bombarded with questions on how fans here in the country can watch the B.League.

How to watch the Japan B.League? 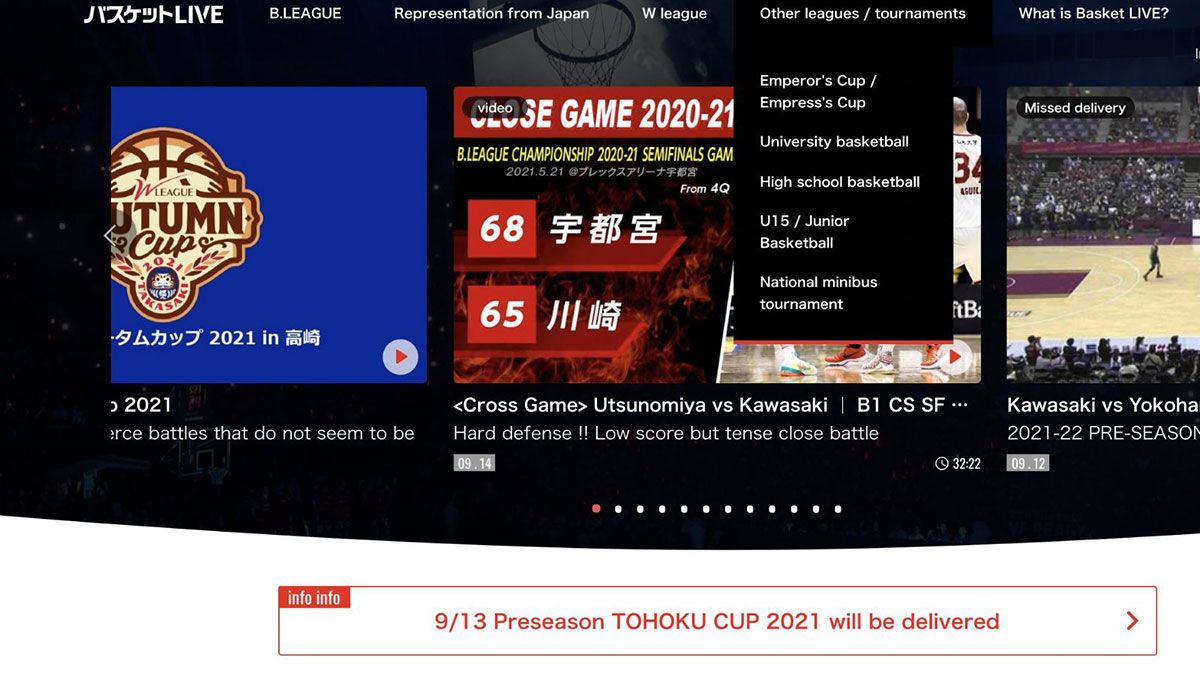 Familiar with the NBA League Pass? The B.League has its own subscription-based platform.

The good news is it's free for those who have a Softbank account.

The bad news is for those who don't, which we assume is majority of the Filipino basketball fans, as they will have to pay for those services.

From there, you need to get a Softbank number to be able to watch it through the local Japanese carrier which fans can access on the B.League's website.

Although signing in is a lot more complicated as one might be required to input a Japanese captcha - so learning Nihongo, or knowing someone who does, is definitely a plus.

Still, it might be worth it for basketball junkies as the platform also provides access to games in most of Japan's domestic leagues, from its collegiate leagues, youth tournaments, and the Women's Japan Basketball League.

If that's a bit too complicated for others, is there another way?

That platform is worth JPY500 per month, or roughly P230. That's just a cheap change for those who want to keep tab on our overseas players, right?

But if you already figured it out, there's always a twist as one must have a VPN as well as a Japanese domestic credit card before they can watch.

Also, chances are those games will have Japanese commentary in them and the games are not on-demand, meaning for you to watch specific games, you really have to tune in live.

It feels a lot of hassle to go through just to watch our Filipino players.

There's one more hope, though, and that is being at the mercy of the B.League's social media accounts.

The league has constantly shown live games last year, both on its Facebook and YouTube accounts, as well as in other accounts like the East Asia Super League, most of the time with English commentary.

Unlike the two other options we laid out, it's also free. It's just that the fans don't have much say on what games will be streamed.

Nonetheless, the B.League could expect more eyes to their product as the Philippines gets well represented this season. And may be it's not a bad idea to offer streaming services in the Philippines, right.