How good a basketball player is Vico Sotto? You'd be surprised

THE man of the hour, Vico Sotto, is known for a lot of things other than basketball.

But that doesn't mean he can't ball.

Mumar is 10 years older than Sotto, but they were together under one roof with sister Carla for much of their younger years under the care of mom Coney Reyes.

Among the three, Mumar was the natural in basketball, being the son of former PBA star guard Larry and grandson of the legendary Lauro 'The Fox' Mumar.

Mumar won a UAAP juniors title with Ateneo and played four years with the Blue Eagles as a back-up guard before making the move to coaching.

Mumar was the better player, but he admitted Vico was better equipped to shine in the game being taller at 6 feet (Mumar is 5-8) with a nice shooting touch.

Mumar said Vico was good enough to be a varsity player during his high school days at Brent International School in Pasig City. He used to score 40, 50 points in ligang labas and alumni games, LA added. 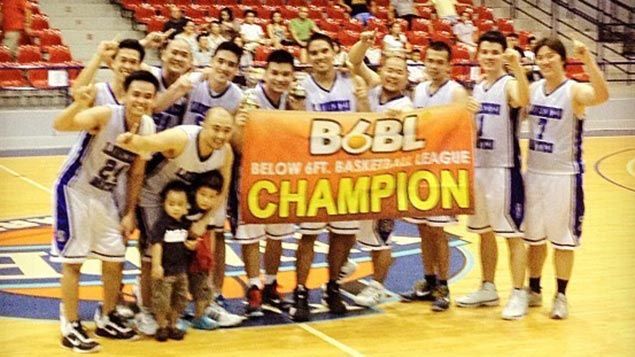 To give you a better idea, here's a clip of Sotto shooting hoops and showing his dribbling skills during one clinic for Pasig's 'palengke kids' which he graced along with brother-in-law Marc Pingris of Magnolia.

As good as he was, Vico, LA said, never looked at basketball as a career path; the same way he resisted the lure of showbusiness even though he is from showbiz royalty.

"He knew at an early age what he wanted to do, [and] it wasn't basketball," says Mumar . "Unlike me na ang target ko is to play in the UAAP, [si Vico] hindi s'ya ganoon."

"From the start, his passion was really governance and public service."

Basketball was not the career path Vico aspired for, but that doesn't mean he has totally detached himself from the game.

"We still play in [Ateneo] alumni games," says Mumar, "and sometimes he drops by to watch our practices. Upo lang sya, nood-nood. He loves the game."