Diaz was conferred with the Congressional Medal of Excellence, the first time the House has given such honor and exclusively for Filipino athletes who won an Olympic gold medal.

Petecio, Paalam, and Marcial were awarded with the Congressional Medal of Distinction which is given to achievers in sports, business, medicine, science, and other fields. 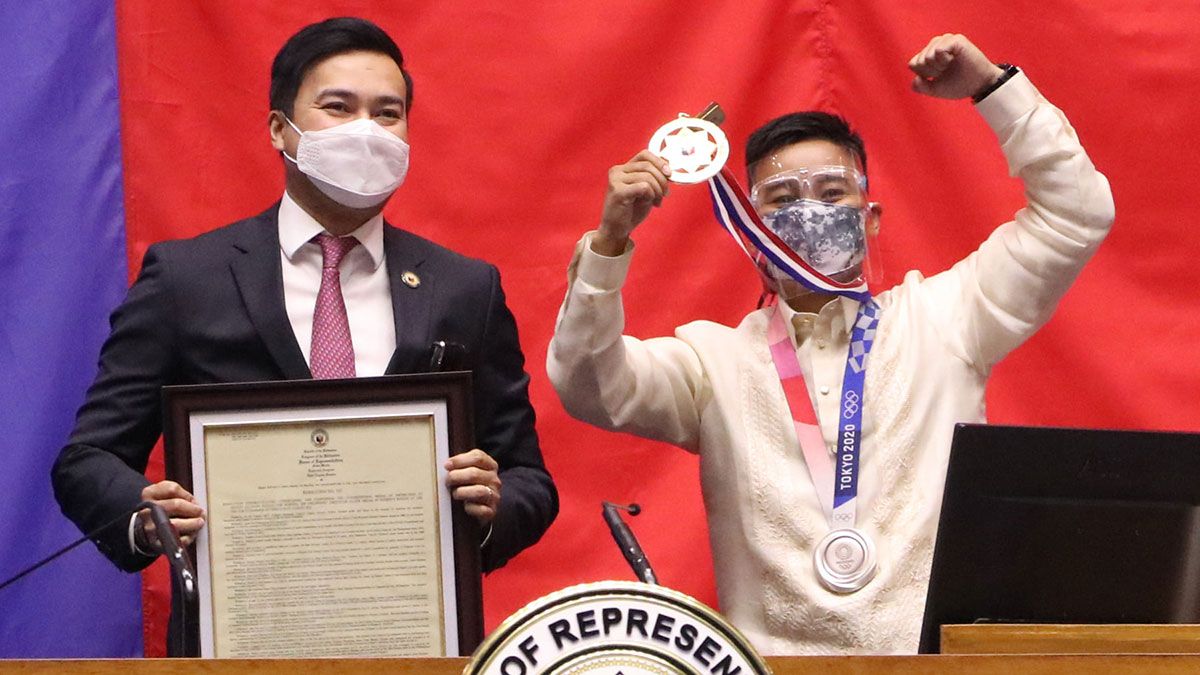 Diaz was awarded with the Congressional Medal of Distinction when she captured a silver medal in the 2016 Olympics.

Cash incentives were also awarded to the Olympic medalists under the “pass the hat” drive initiated by House Speaker Lord Allan Velasco.

In his speech, Velasco said that the Olympic medalists “shown the world what Filipinos can achieve, despite facing the most difficult of circumstances.”

“You gave us hope. You gave us something to dream about. And in those shining moments of triumph, you have all made our kababayans young and old, residing here or abroad, extremely proud to be called Filipinos,” Velasco said.

Velasco announced the adoption of House Resolution 198 congratulating and thanking the Philippine delegation for their successful and historic performance in the Tokyo Olympics.

Velasco also hosted a luncheon to honor the four medalists and were treated to a music video of ‘Aabutin Ang Bituin,’ a composed song inspired by Diaz’s life story.