SO the PBA is finally resuming its pandemic-hit season in ... where's that again?

If you can't believe the games will be played in a 'bubble' in Bacolor, Pampanga, neither can I. If you don't know where and what kind of town Bacolor is, then let me give you an idea.

It's a town that, at least for a while, time seemed to have forgotten.

Blame that on Mount Pinatubo. Once prosperous and steeped in history, Bacolor, starting in the 1990s, became known less for the gem that it was during the country's colonial past. Instead it became the poster child for how the violent tantrum of a newly awakened volcano can nearly wipe a thriving community from the map.

The scars are still visible, not least because the landmark for which Bacolor is now famous for is the centuries-old San Guillermo Church, once majestic but now buried nearly up to its ceiling by lahar from Mount Pinatubo.

So how did the town look before the onset of lahar in the 1990s choked the life out of it?

Picture Vigan minus the cobblestones, with ancestral mansions and old centers of learning, including the main campus of the Don Honorio Ventura State University, which will host the PBA games. Horse-drawn calesas pounded the concrete roads alongside tricycles and jeepneys. It was like the Las Casas Filipinas de Acuzar in Bataan - except that it was a living, breathing community that evolved through centuries visited by wars, great floods and prosperity too.

By the 1990s, Bacolor was no longer the economic juggernaut or the seat of political power that it was from the 1700s. Such status has since been embraced by San Fernando and Angeles City, which border it in the east and the north, respectively. But the town retained some of its regal bearing and continued to charm Kapampangans, especially old-timers. Full of nostalgia, they talk of a place noted for its poets and playwrights as well as civic and political leaders, wealthy landowners and even revolutionaries.

It's been nearly three decades since the destructive Mount Pinatubo eruption had turned Bacolor into a ghost town. Slowly, painfully, it has gotten back on its feet. Its rehabilitation remains very much a work in progress - though it's unlikely things will ever be the same again.

Basketball somehow puts the spotlight on Bacolor for the next several weeks - and deservedly so. If lockdowns had not been made necessary by the pandemic, you can be sure DHVSU will be teeming with fans on game days, for such is the townspeople's passion for the sport. More than that, Bacolor has a basketball pedigree. 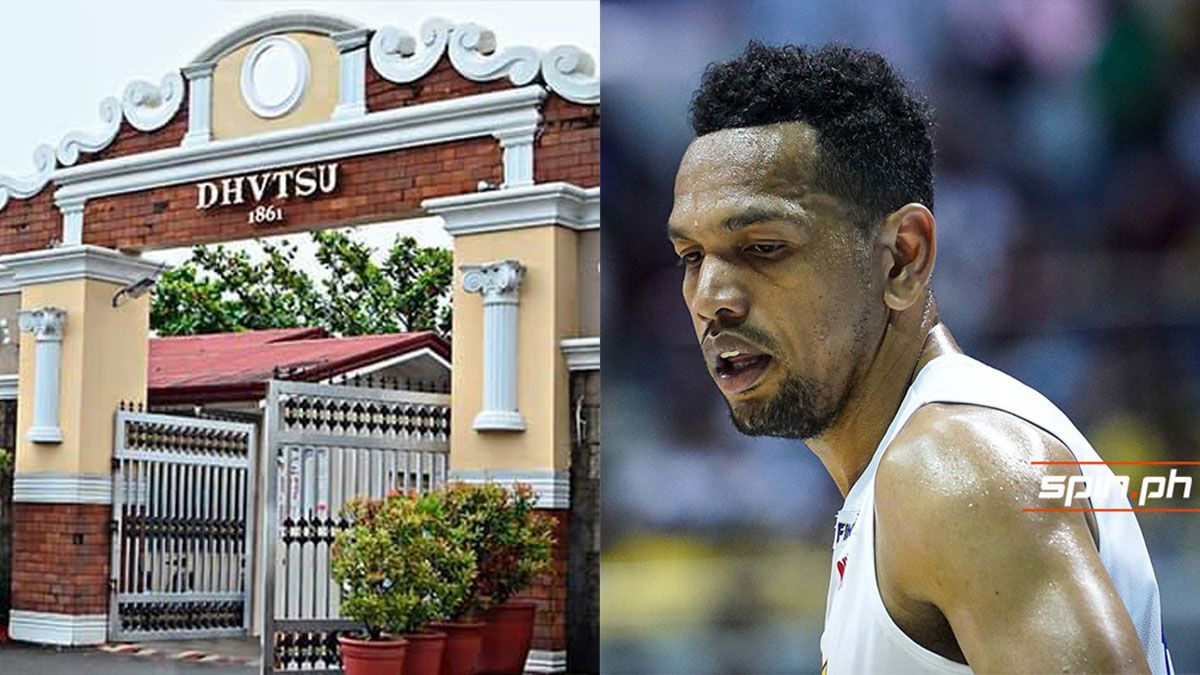 By affinity, it can lay claim to two renowned basketball figures: veteran Gilas playmaker Jayson Castro and, would you believe, Jordan Clarkson - yes, the NBA star.

Castro, from nearby Betis, studied at DHVSU in high school, so the PBA's 'bubble' games will be a homecoming for him. And Clarkson? His grandmother, Marcelina Tullao, was born in Bacolor in 1941, the eldest of 13 children.

Remember Ato Agustin, the former PBA MVP? He's a good friend and former college teammate of the basketball-playing Granda brothers from this town.

Unknown to many, Bacolor is home to a couple of former PBA players: Angelo 'Long' David, from Barangay Cabalantian, and Richard Bognot, from Barangay San Antonio. Not bad for a small municipality.

You can bet there are many more skilled players from the town who just were not lucky to reach the big league.

The tamales, suman and puto seko from Barangay Cabalantian were a source of pride. The Bacolor Public Market, small by comparison to neighboring towns', was where people went for their pindang damulag.

Kapampangans have always been noted for their cooking, but even the wife of a famous chef was once heard saying those from Bacolor take it to another level.

Did I mention that Pampanga's Best, synonymous with tocino and longaniza, calls Bacolor its home? And if you happen to have a sweet tooth, Granda's Sweets & Delicacies is the place for you. Its sans rival is a best seller, especially during the Christmas season.

Another important thing to remember about Bacolor: it was the de facto capital of the Philippines in the mid-1700s, as the Spaniards retreated from British invaders. A decree from the King of Spain gave it the name Villa de Bacolor, with its special coat of arms. To this day, that remains the official seal of the municipal government.

Fast forward to the present. Bacolor for once is back to being a capital - even if the arrangement is just temporary. Welcome to the pandemic basketball capital of the Philippines.