THE curse is broken.

Early in the game, Jared Dillinger tweeted that he'd been seen Belangel coming, all along.

"Already a fan of SJ Belangel," he tweeted.

Former Gilas flagbearer Calvin Abueva also expressed his support via Instagram, sharing a video of a game on his Stories. 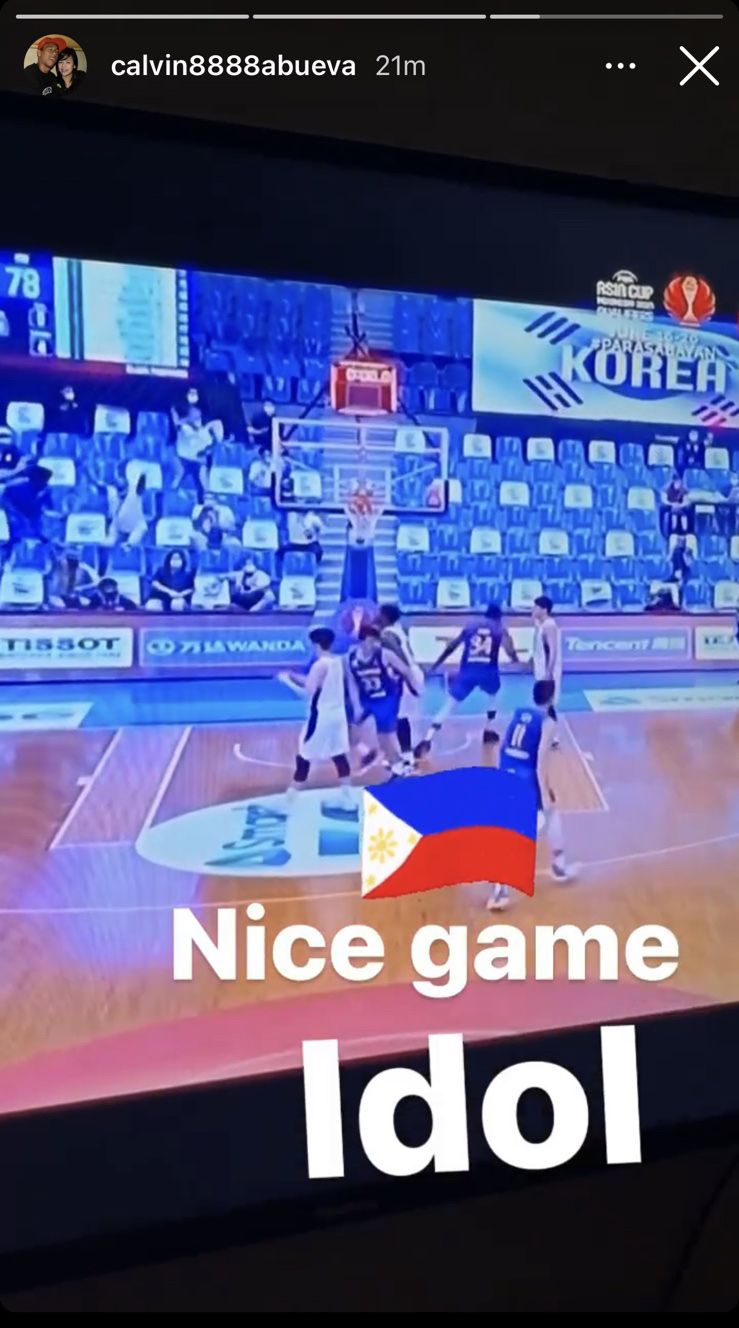 NLEX guard Kiefer Ravena, another national team mainstay, chimed in on the Twitter party with a couple of tweets.

And even coach Chot Reyes joined in.

Ginebra coach Tim Cone, of course, passed on his own heartfelt message.

"Wow, what a way to win. Awesome! Congrats Gilas!!" the champion coach said.

"Coach Tab and the staff made the most of their time and preparation! Proud of the young fellas putting it to work on the court!"

Norwood also posted a separate Instagram story in praise of the young team. 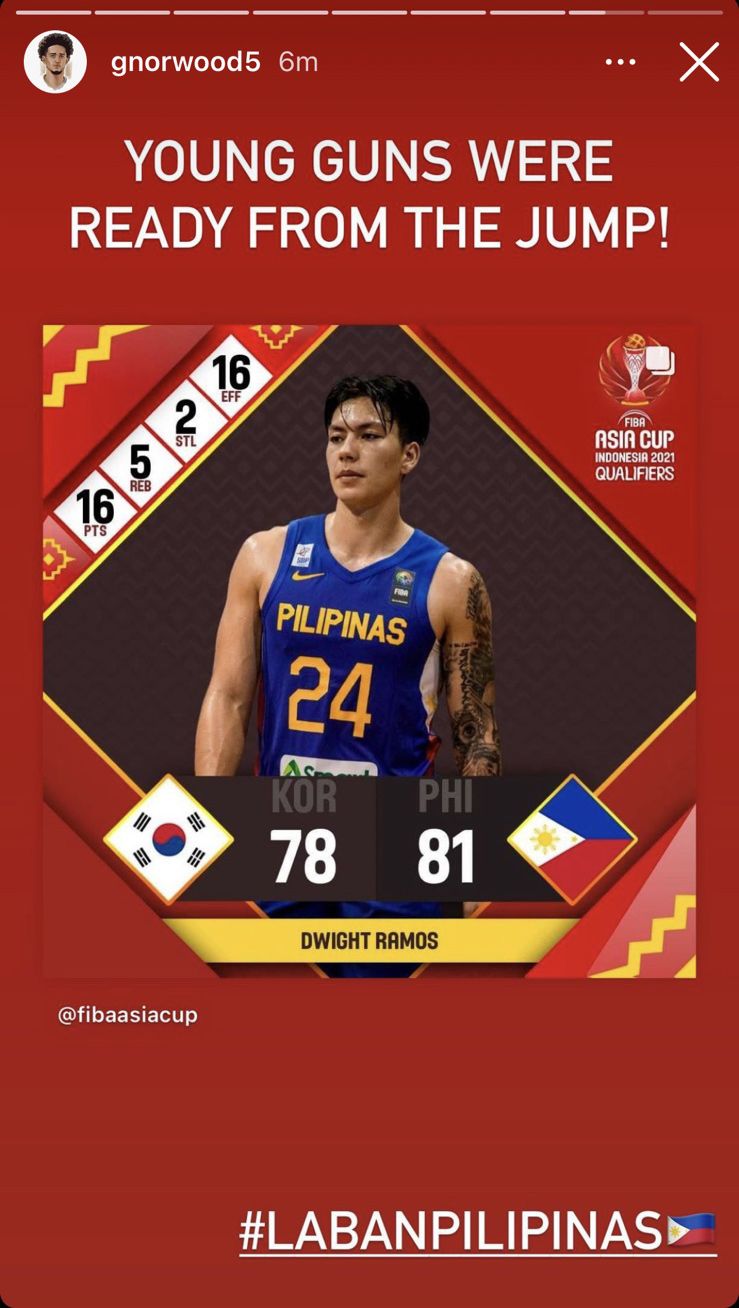 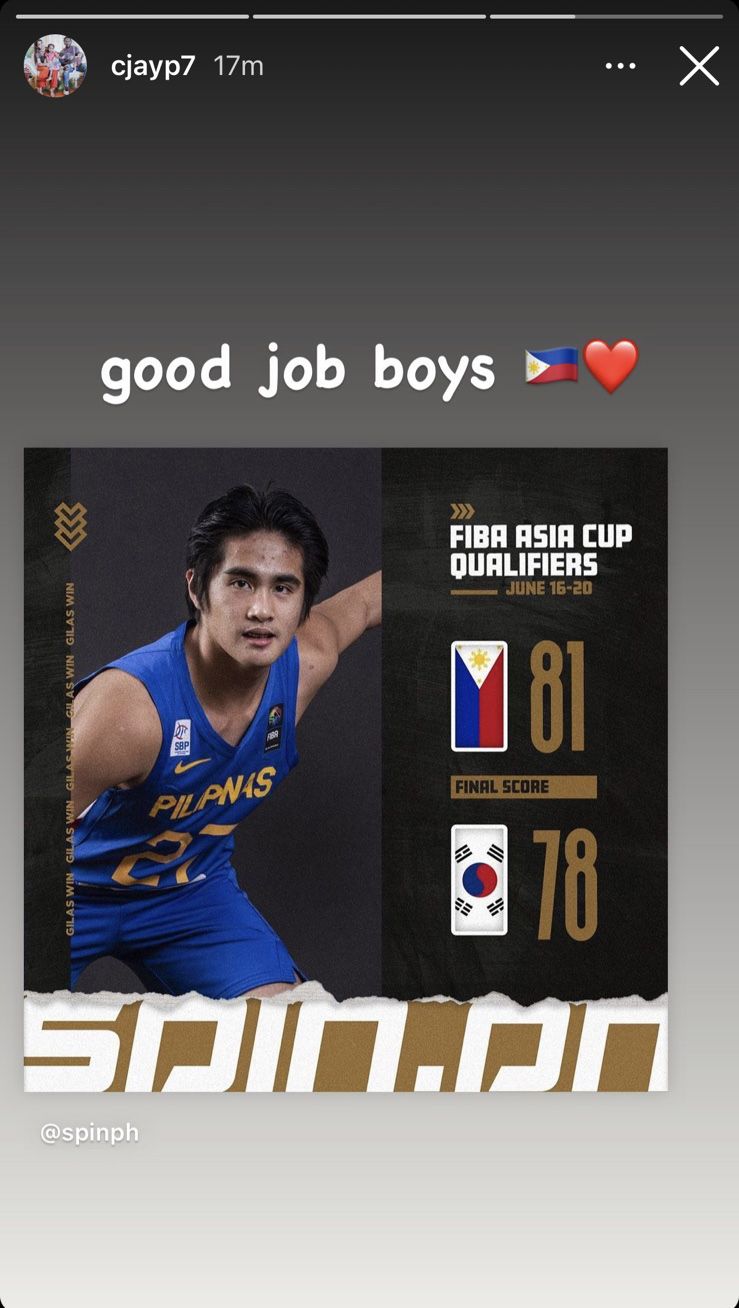 Thirdy Ravena, of course, applauded his teammates-turned-pals. He uploaded a two-story thread on Instagram. His voice can be heard celebrating in the background of the video. 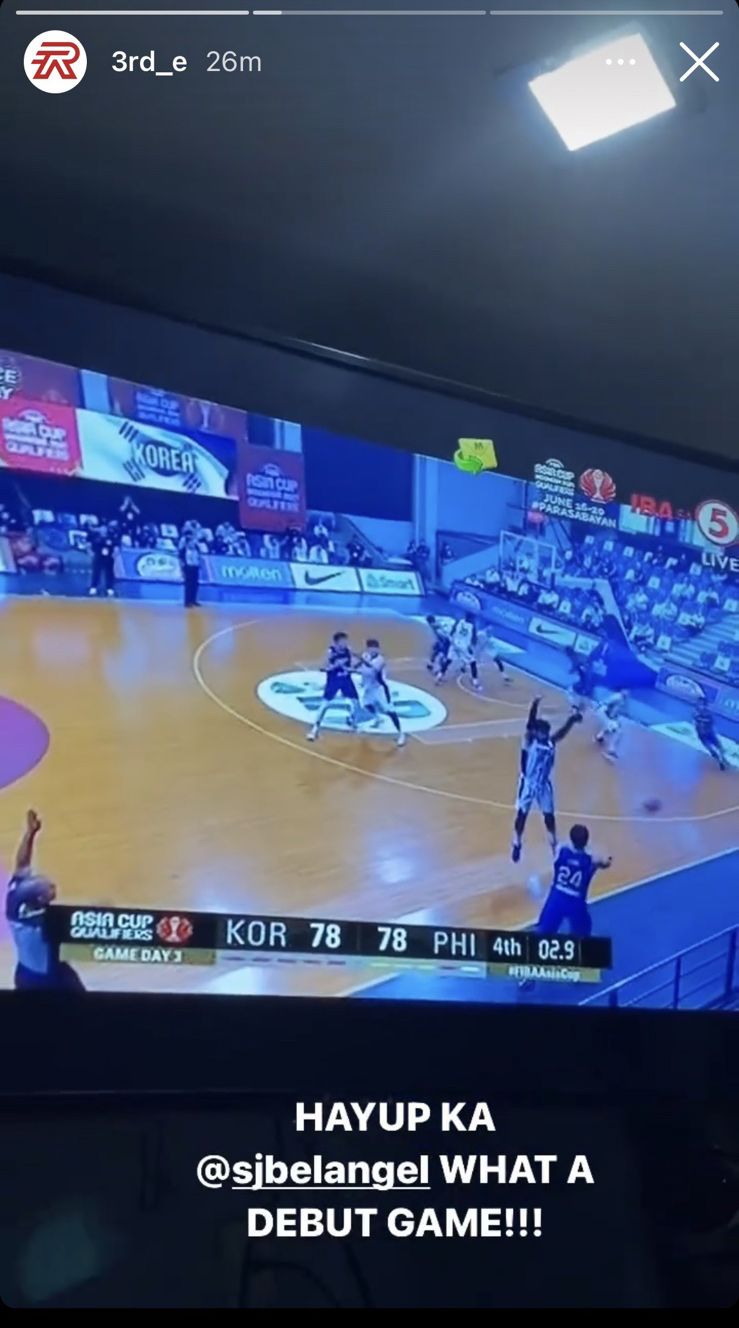 "Hayup ka @Sjbelangel What a game!" he said. "Congrats Gilas! So proud of everyone!"