THE future of Philippine multi-sports took center stage at the Alaska Ironkids on Saturday at the Subic Bay Freeport.

Thirteen-year-old Juan Francisco “Wacky” Baniqued posted the best time of all the 'pocket rockets,' with the Stephen Curry-fan from San Pedro, Laguna finishing the 400 meter and 3 kilometer aquathlon with a time of 19 minutes and 22 seconds. Coming in nine seconds later was Baguio’s Joshua Ramos, followed by Luigi Crisostomo who took third.

“I had a little problem at the start of the swim because we were all bunched up, but otherwise it was a good swim. In the run, I was able to break away from the others,” Baniqued, a winner of past Ironkids races, told SPIN.ph after the race. 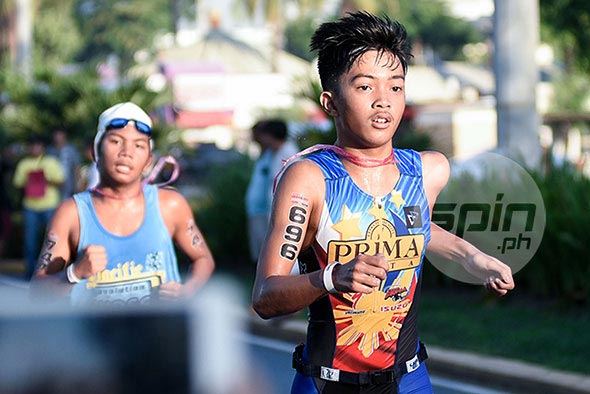 On the distaff side, Tara Borlain was all smiles after she was able to beat older sister Samantha in the girl’s 13-14 year old age group. Youngest sister Francesca also finished only four seconds behind the leader in the 6-8 year old age group.

The Saturday race also drew a record number of 271 participants in six race categories, the largest since Alaska Ironkids started in 2010, with some flying from as far as Cebu and Mindanao.

In the 11-12 age group, new face Gene Heart Quiambao traveled from Bukidnon with her dad to finish first in just her second event in the series, while Olongapo City’s own Clifford Pusing gave hometown fans a source of pride in the boy’s division with his top podium performance.

“We just arrived yesterday. My real strength is swimming but my coach said I have the talent to be a good runner so I decided to join,” said Quiambao, a Michael Phelps fan, who will be representing the country in Singapore come August in a swim meet.

Nine-year old Aubrey Tom showed girl power in the 9-10 age group with her 11:18 performance in the 300 meter and 2K run, while Michael Gabriel Lozada of Iba, Zambales ruled the boys division with a best time of 11:33.

Subic pride Daniel Louw won the 6-8 years old boys event with a time of 7:33, while Kenzie Gallo of Cebu took top honors in the girls with her time of 7:40.

Category winners were awarded a flight, accommodations, and registration to Ironman 70.3 in Cebu this August. 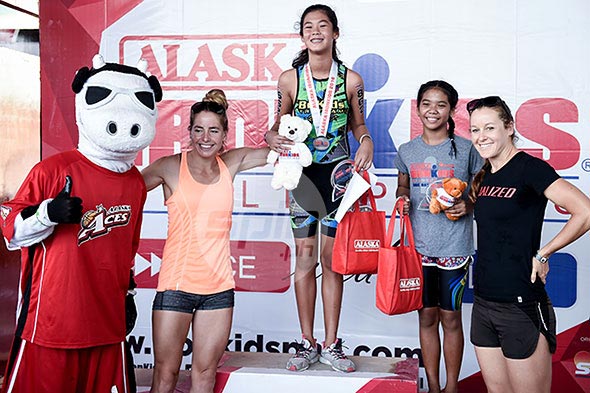