KIEFER Ravena and Alyssa Valdez were glad to hang out with celebrity couple Daniel Padilla and Kathryn Bernardo as well as other stars in the ABS-CBN Ball last Saturday at Makati Shangri-La hotel.

Ravena and Valdez posted a photo with KathNiel, which went viral as the top sports and showbiz couple were in one picture with their millions of fans merging as one.

Valdez said that she and Ravena had a photo taken with KathNiel because they watched the box-office hit starring Bernardo and Padilla, The Hows of Us.

“We watched kasi ni Kief yung 'The Hows of Us,' the new movie and it was amazing,” Valdez shared to reporters after Creamline’s 25-15, 25-21, 25-15 win over Tacloban on Wednesday at the Arena in San Juan City.

Valdez bared receiving messages from Bernardo while Ravena had played basketball games with Padilla before.

“So every now and then it’s also nice and flattering na they still know you despite how big stars they are,” he added.

The two-time UAAP MVP out of Ateneo added that life of athletes and celebrities are similar, the reason he also admires the sacrifices of the actors and actresses.

“'Di ba so parang kami sa mundo namin ganun din ginagawa namin nagsasakripisyo. So you know people who do not really see behind the scenes, they don’t understand how KathNiel and those stars reached where they are right now," he added. 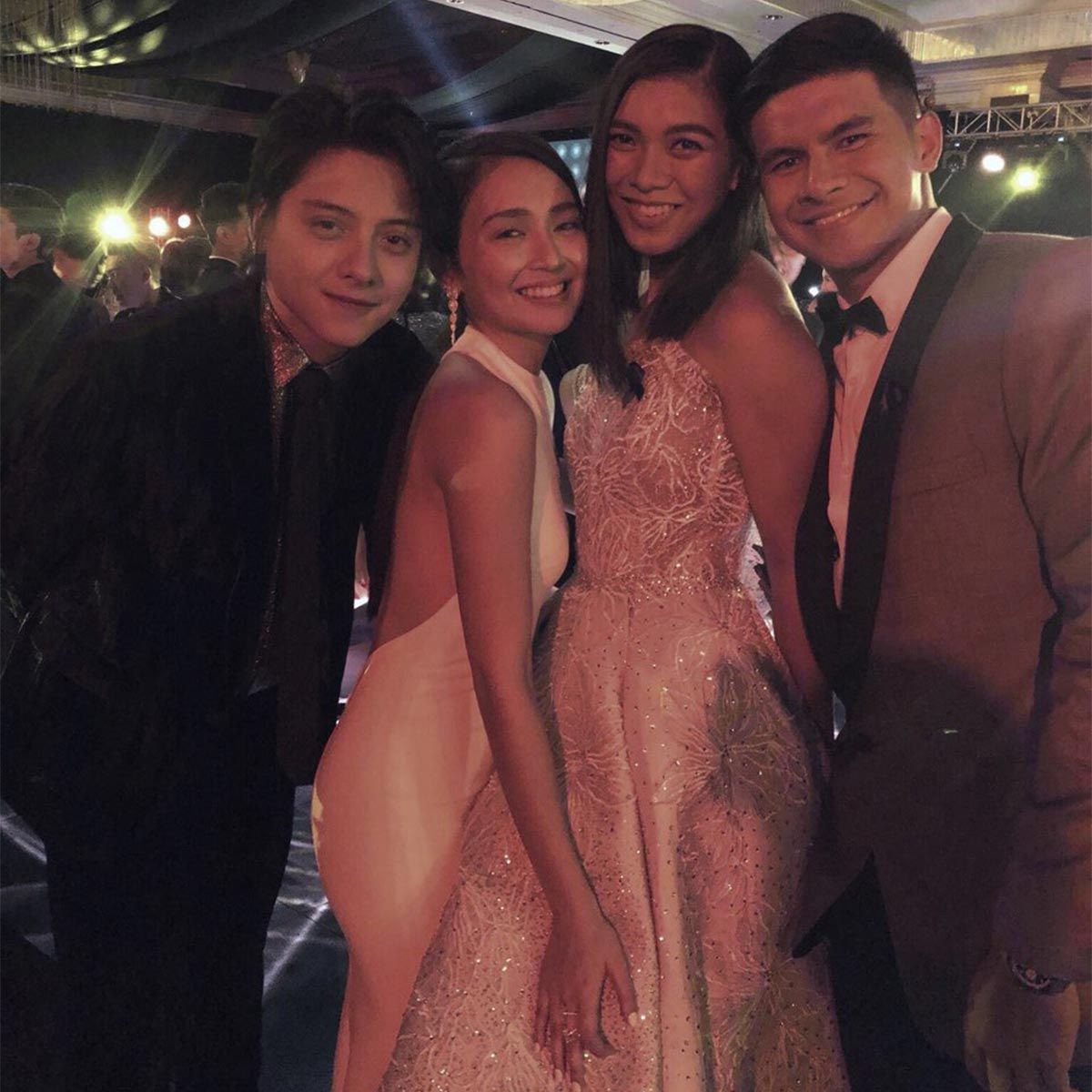 But for the power couple, it’s an honor to represent sports in that magical and glamorous night.

“You know siyempre as a girl it’s your dream to wear mga stuff also and it’s not just a dress, it’s made by Rosenthal Tee na gown talaga. And I’m very thankful sa custom made na gown niya for me .

"It’s so nice siyempre na mga ilang minutes lang you feel like you’re like a princess also so it’s nice,“ added the Creamline volleyball star, who was stunning in her sparkling silver gown made by Rosenthal Tee.

Her boyfriend agreed, especially since the ball was held to raise funds for Bantay Bata.

“So once a year ka lang talaga you can show out and strut your style on how your fashion sense is. And it was amazing, especially it was for a cause, di ba, for the Bantay Bata kids.”

The NLEX rookie wore a gray suit with black linings, bow tie and pants and white polo long sleeves made by J.E and Company to match Valdez’s dress.

“We want to keep it simple and pasok pa din sa style namin na sleek lang simple lang tapos yet may dating. I think we did well, I think we were able to pull it off as a couple who went for something big of an event like that for the first time together,” he said.

Although they were honored to attend the ball, Ravena admitted that he still misses playing basketball and prefer to wear a jersey rather than a suit.

“Wala din kasi akong ginagawa alam niyo naman, 'di ba? Parang it’s still a different feeling for me, you know, I’d rather be out there playing and miss events like those. I know Alyssa would understand, especially ngayon na season niya din,” said the NLEX cager, who is still serving an 18-month doping suspension.

“But we were very honored that we were invited. She was invited, kami naman sinabihan kami dalawa to go to the ABS-CBN ball para sa sports di ba, siyempre sila ang dami ding nagawa for our careers,” Ravena said.

“Nung nagsabi sila na sana maka-represent kami ng sports, we didn’t hesitate to do it naman especially kahit birthday ‘yun ng mom ko. It was a good event we were blessed to be invited and be part of that.”