LETRAN's sweet-shooting starting guard is spreading sweetness in the time of quarantine.

Fran Yu has made the most of the quarantine period by roaming the streets of Manila in his trusty motorcycle, dishing out desserts rather than dimes.

After starting out with close friends, the 5-foot-10 Letran playmaker's has expanded his clientele for his Graham cracker-based dessert tubs. 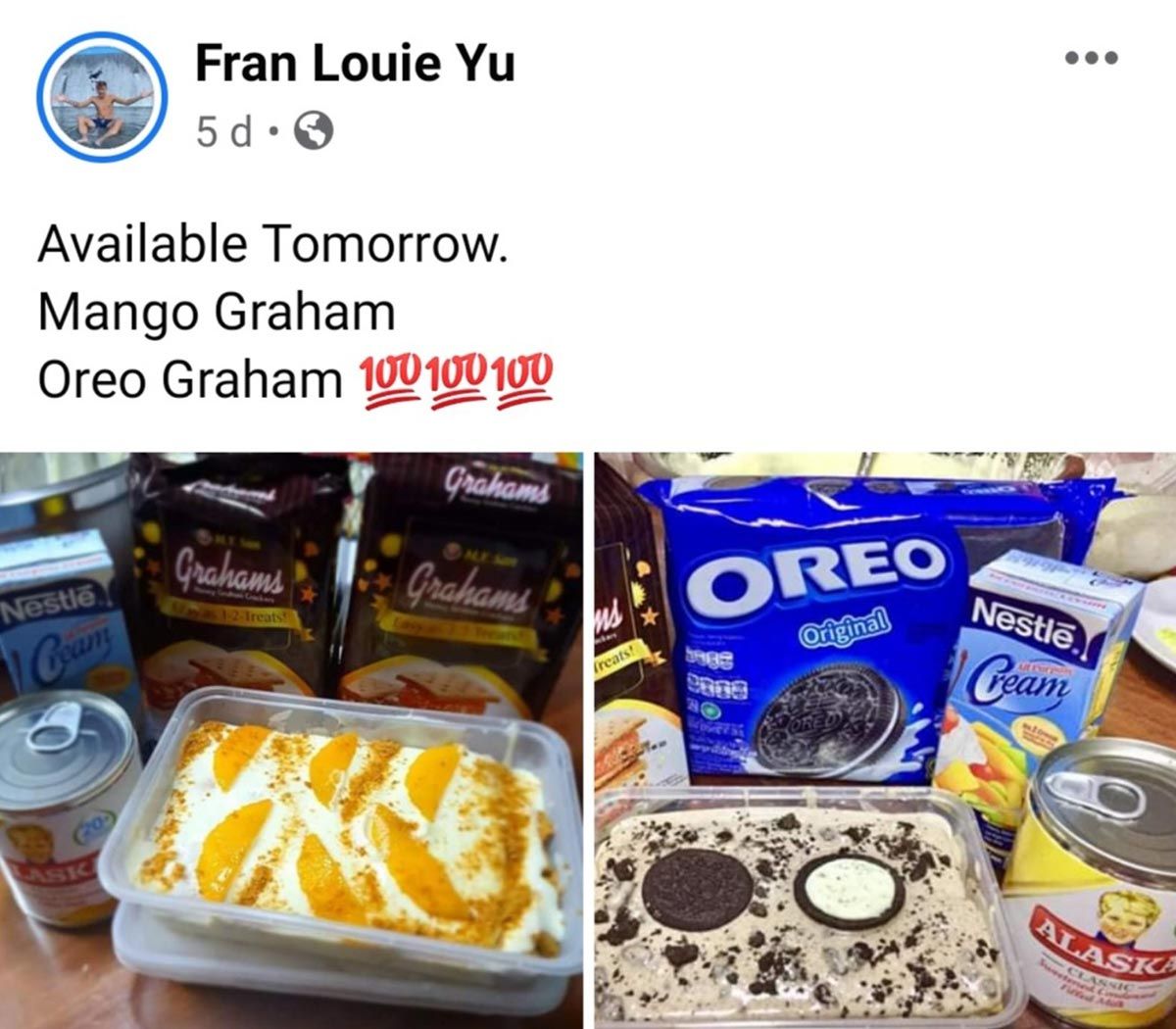 It only grew from there.

Yu himself mixes the cream for his frozen cakes, may it be for his mango, banana, or Oreo Graham cakes - a championship mix, dare we say.

But it wasn't until Metro Manila was placed under general community quarantine (GCQ) in June that the NCAA Season 95 Finals MVP took on the added role of courier by delivering the orders to costumers from their humble home in Sta. Cruz, Manila.

Of course, a lot were caught by surprise that it was Yu himself who delivers his products.

Yu is proud of what he's doing and implored fellow athletes to do the same to be able to help their families and make ends meet, especially in this time of crisis.