This is how strongly fans feel about CJ Perez trade

WHILE it is already considered a done deal, the controversial CJ Perez trade continued to be the talk of the town.

To recap: The young Dyip guard and 2020 Rookie of the Year is heading to grand slam team San Miguel Beermen in exchange for Russel Escoto, Gelo Alolino, Matt Ganuelas-Rosser, as well as SMB's first round slot in this year's draft pick and 2022 draft pick.

It's set off an unending firestorm of discussions among sports aficionados. Even players and coaches weighed in (with at least one of them answering our poll).

When SPIN.ph conducted a poll of its own among its readers and followers on different social media platforms, the results were clear: majority of fans aren’t exactly happy. 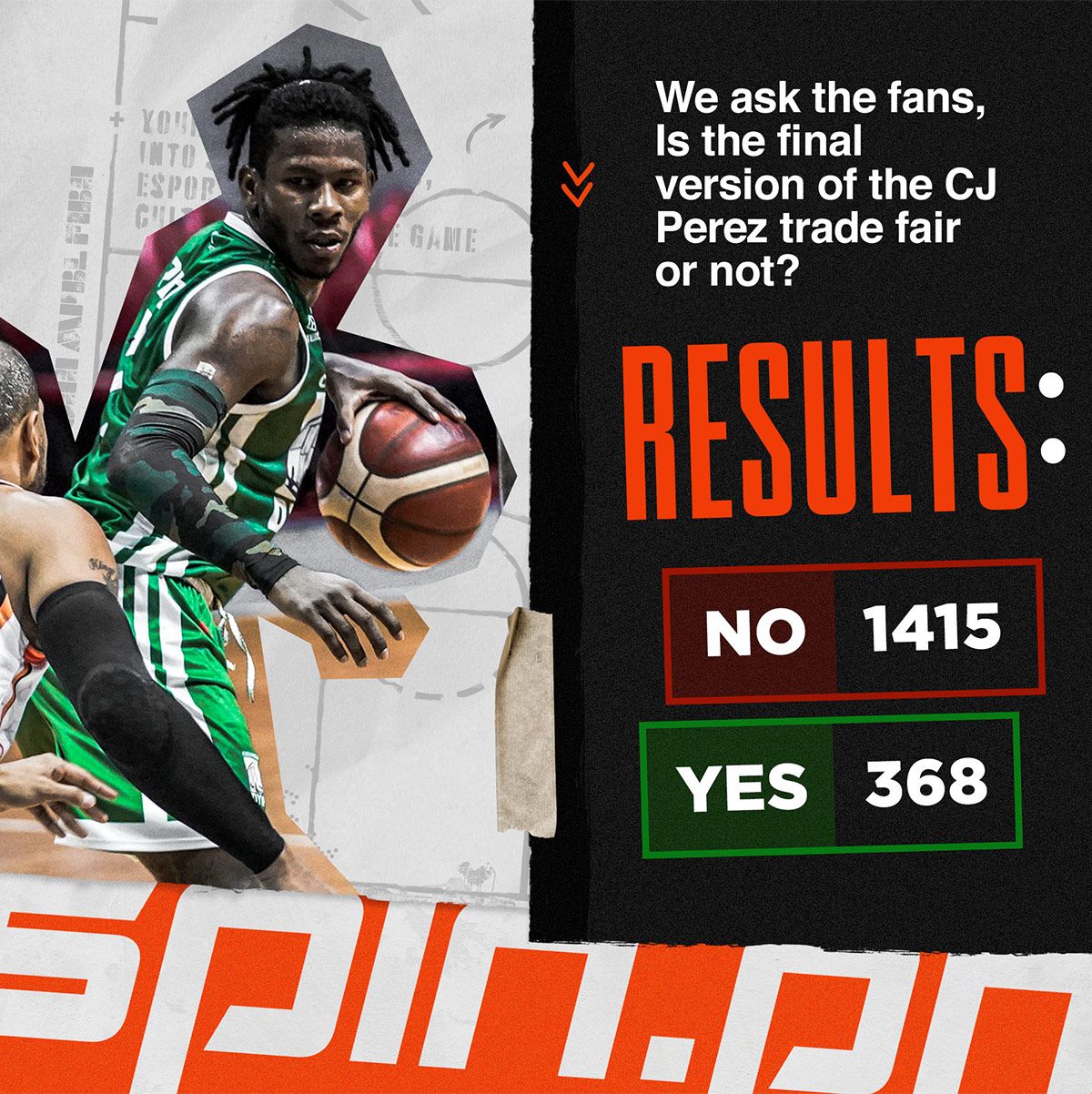 Out of 1,783 respondents from Instagram, Twitter, and SPIN’s community Viber, only 368 thought the trade was fair. Three-fourths of respondents (1,415) disagreed.

One of those who voted 'no' was Matt Ganuelas-Rosser himself.

The Fil-Am winger answer coldly clicked on “NO,” as an answer to the question “Is this trade fair enough?” by SPIN.ph on Instagram.

It didn't help overall opinion, too, that news of another trade deal emerged soon after the PBA ratified the deal. Fans, however, seemed more inclined to accept the one-on-one trade between Blackwater's Mac Belo and Meralco's Baser Amer, rather than the SMB-Terrafirma exchange.

There's little fans can do now. Every stakeholder involved has already released their own statements of gratitude; Perez has thanked Terrafirma, and even Ganuelas-Rosser said that, for his part, there was ‘no love lost’ for the Beermen.

Still, the discourse among fans is unlikely to die out anytime soon.

MGR later on clarified through a tweet that his vote was only by "accident".