WONDERING what the ash-colored ball encased in a glass was all about during the PBA Season 45 Special Awards Night?

The encased-ball served as the special trophy given to all the players recognized during the virtual award ceremony held on Sunday at the TV5 studio.

It was specifically made for the special awards night meant to give tribute to players who excelled in the last Philippine Cup bubble in Clark, Pampanga.

The trophy-ball was made in place of the regular ‘Leo’ statuette handed out during the annual Leo Awards Night. 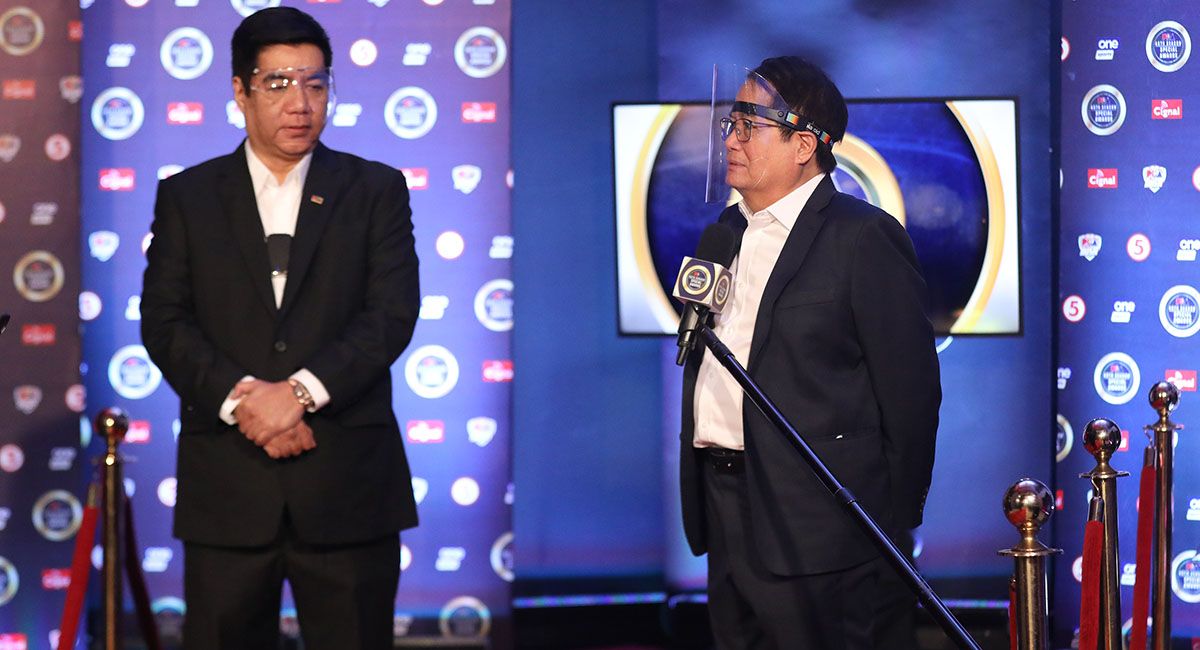 The ‘Leo’ was first introduced in 2003 and features a three-dimensional representation of the player depicted in the league’s official logo. It was named in honor of the late Leo Prieto, who served as the first PBA commissioner.

Winner of the BPC award however, is usually handed a huge plaque of recognition.

Commissioner Willie Marcial said that since the league did away with the Leo Awards this year, a special trophy was instead made for the winners of the five different categories handed out for the bubble season.

Barangay Ginebra’s Stanley Pringle was named Best Player of the Conference, Aaron Black of Meralco was Outstanding Rookie, and the Barangay Ginebra duo of Prince Caperal and Scottie Thompson were voted Most Improved Player and the Samboy Lim Sportsmanship awardees, respectively.

With all the awardees – and candidates – attending the hour-long event virtually, they will receive the special trophy-ball instead during the season opener this April.

Likewise, the name of each winner will be engraved in the ball in a special plate placed just below the PBA logo.