How Kobe's #MambaMentality turned the tides for this local entrepreneur

SOMETIME in 2018, a young entrepreneur named Kurt Cheng found himself in massive debt.

A bad investment had punched a hole in his bank account, leaving him with less than zero. “I put my life savings to open a restaurant in Quezon City, I put in millions, and in just four months, nag-close na siya," he told SPIN Life. "My bank account went negative, I had to file for bankruptcy. I lost it all."

On the brink of losing hope, Cheng, a graduate of De La Salle University, took solace in the gym. He was a weekend warrior, who often worked out, played basketball in weekends, and, on occasion, ran marathons like the Spartan Race.

While pumping iron, one particular story kept turning over and over in his head — that of the Black Mamba, who crawled his way out of pain and out of adversity and ascended into legend status.

"I was telling myself, I can't stop. I don't exactly know how to begin again, but I can't stop," said Cheng, who has the phrase "Mamba Mentality" tattooed on his arm. "I can only control what will happen. Ganyan ang laging sinasabi ni Kobe."

In a basketball-loving country like the Philippines, it’s no surprise that many people are big fans of Kobe Bryant. In his many visits to the Philippines — from his first goodwill tour back in 1998, to his final visit in 2016 — Bryant has always remarked on the warm welcome he received from Pinoy fans every single time.

Among those who braved the crowds to see the basketball legend in the flesh was Kurt Cheng. It’s a moment that he’ll never forget.

But it’s the story of the struggles faced by Kobe Bryant — who would have turned 43 today — that hase motivated the 32-year-old entrepreneur well beyond the hardcourt. 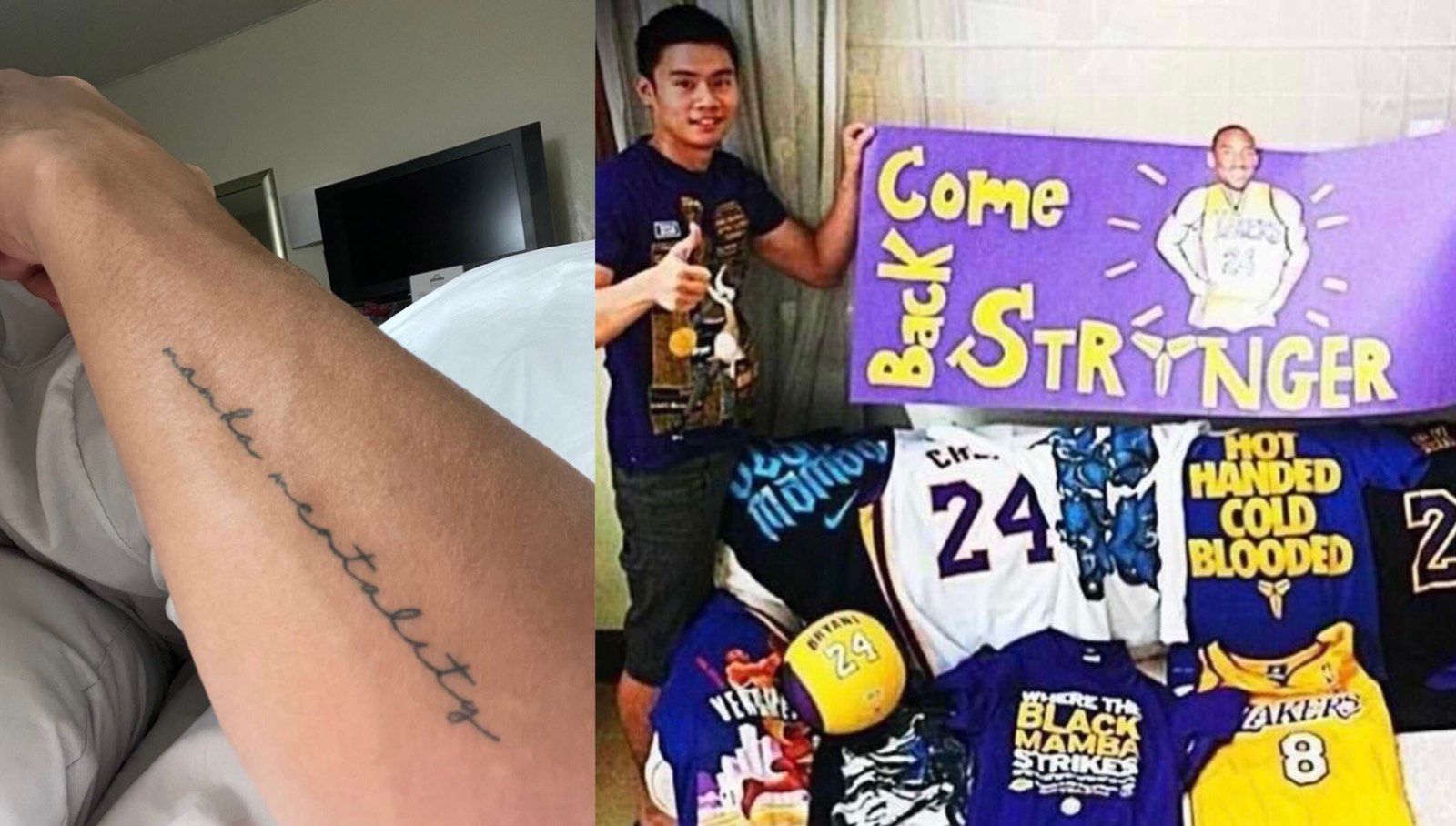 He began saving up his money again. Then, just one year after his bankruptcy, he took a shot at another business.

Cheng had grown up with nine dogs and a family that loved pets so much they owned an aviary. So he decided to combine his love for animals and entrepreneurship.

He saw an opportunity in the internet slang "Doggo," and immediately had it registered as a business name.

As a pet parent, he knows the local pet industry deserved better.

"When I was younger, I was well-travelled, so every time we visit foreign countries, I'd make sure to check pet shops. Nakikita ko 'yung quality don, [na] when we come back, wala dito," he said.

This time, his idea clicked. And even when the pandemic hit, Doggo still kept growing. The company may have started out as a one-man team, but now, even in the midst of the COVID-19 crisis, Cheng employs at least 20 people.

Doggo, which offers products such as treats, pet leash, bowls, toys, bed, and grooming materials, is consistently at the top of local ecommerce platforms in its category, competing alongside international pet brands.

Last year, it was the only local brand in the top three bestselling pet supplies in Lazada's 9.9 sale, and in Shopee’s top five pet care brands in its 10.10 Brands Festival. It also made it to the 2020 Winning Circle Awards for Pet Supplies.

Doggo's sales rate, throughout the pandemic, increased by 500 percent. And they haven’t even begun selling dog food yet. And recently, the brand launched an endorsement deal with popular influencer Nico Bolzico and his pet Pochola.

Cheng would never gotten Doggo where it was right now without a steely Mamba Mentality of his own.

"Kobe was my childhood hero, but up until now, every time I make a decision, I'd always think 'What would Kobe Bryant do?'" he said.