IT TOOK a pandemic for us to recognize the heroes living silently among us: the nurses, physicians, and other medical workers serving in the frontlines of the COVID-19 war.

Many athletes and businesses have stepped up to raise funds or provide help for these frontliners.

Like an Avengers or Justice League of drawing talent, superstar Pinoy artists who’ve cut their teeth in some of the world’s biggest comic books have teamed up to create a unique art initiative honoring these medical workers.

In a world where masked do-gooders dominate pop culture, the concept of the #SuitsForHeroes campaign is simple, but dramatic. By placing bunny suits, protective goggles, and other PPEs alongside the equipment of Marvel and DC’s biggest superheroes, the artists’ message is simple: these are the real heroes saving the world right now. 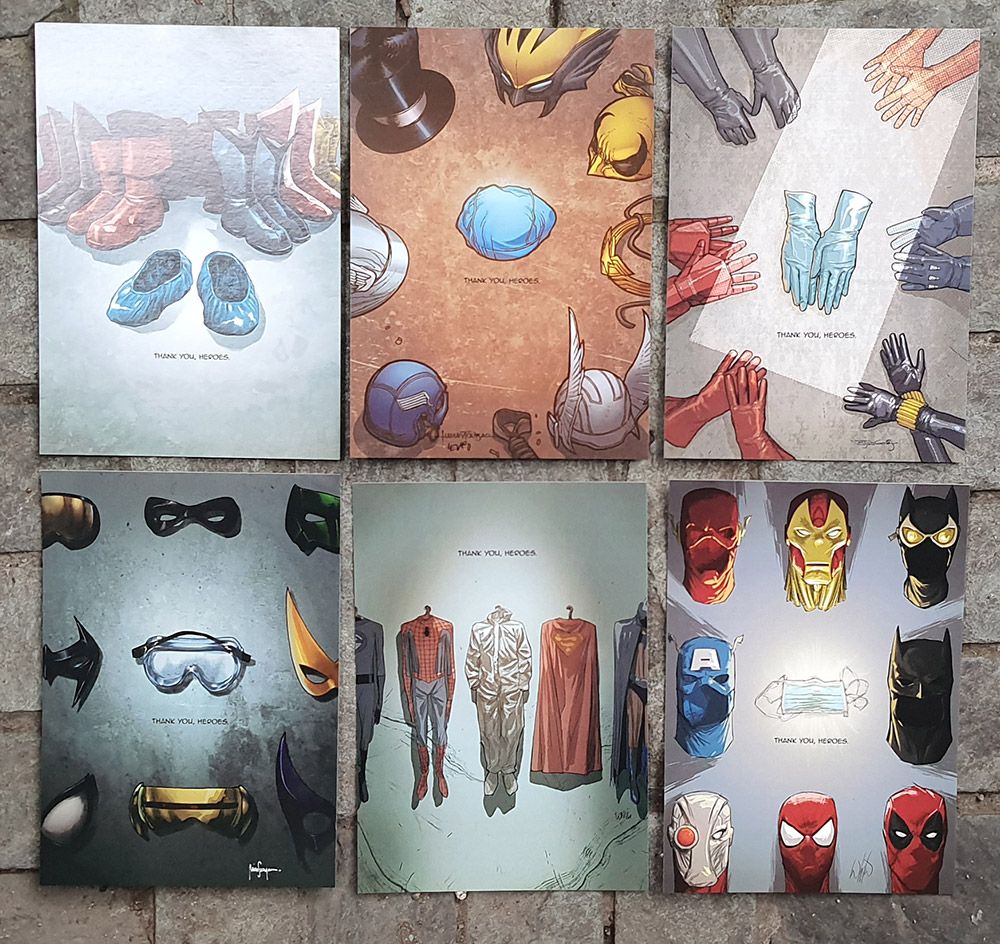 Now, you can own high-quality prints of these art pieces via a blind online auction (which you can access here), which will run on Saturday, August 1, all the way until August 7.

Check out the art below: 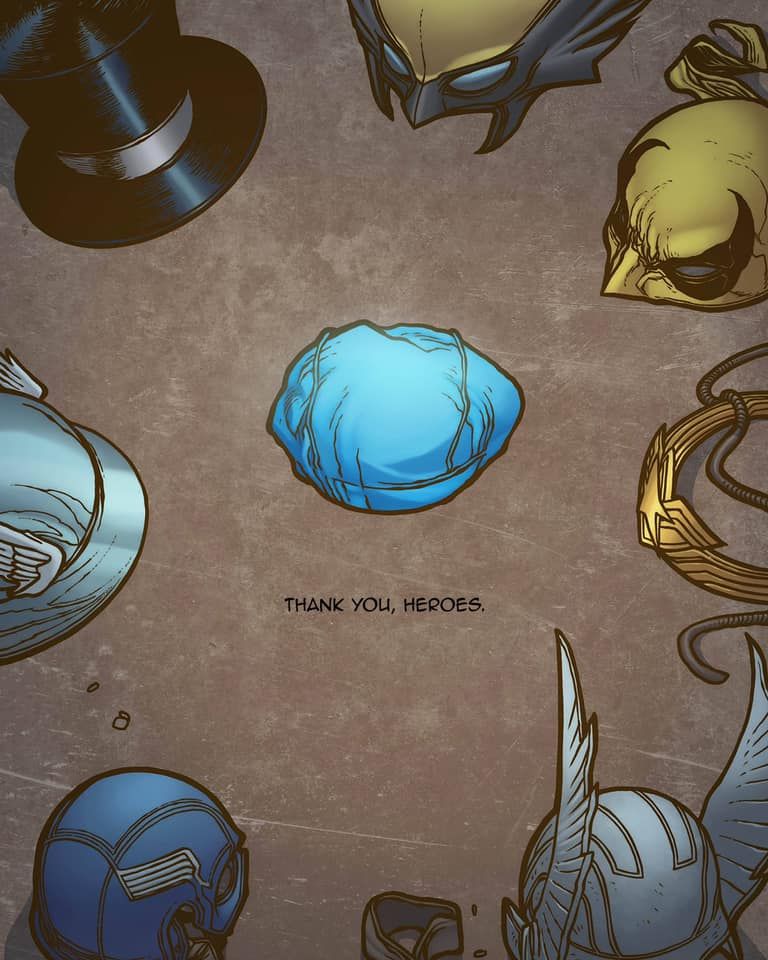 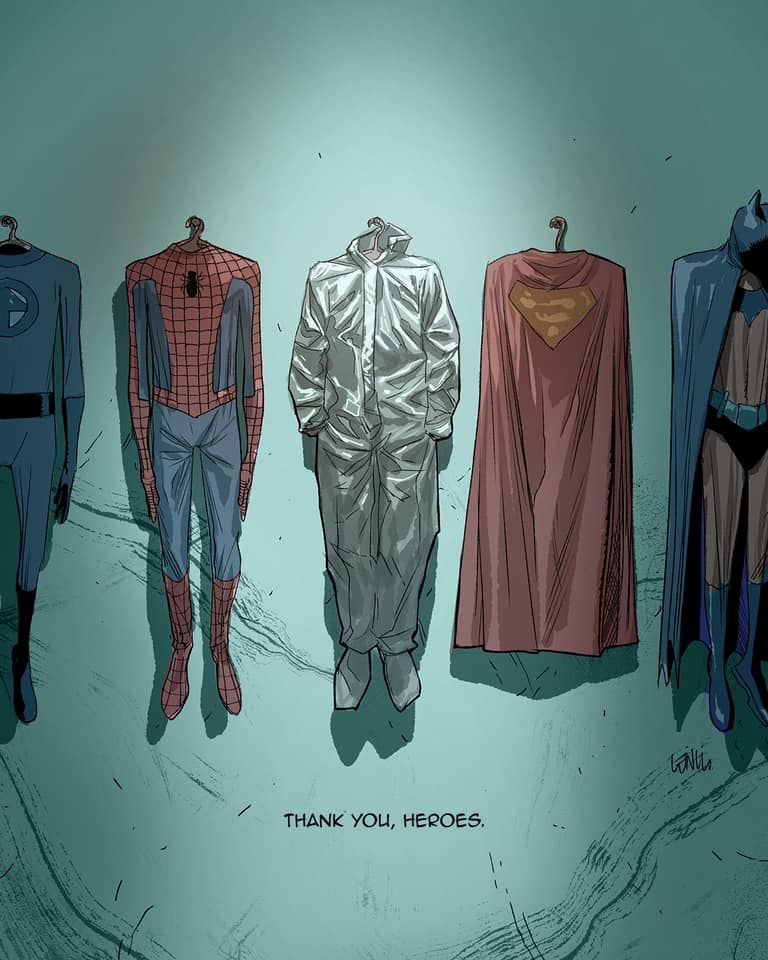 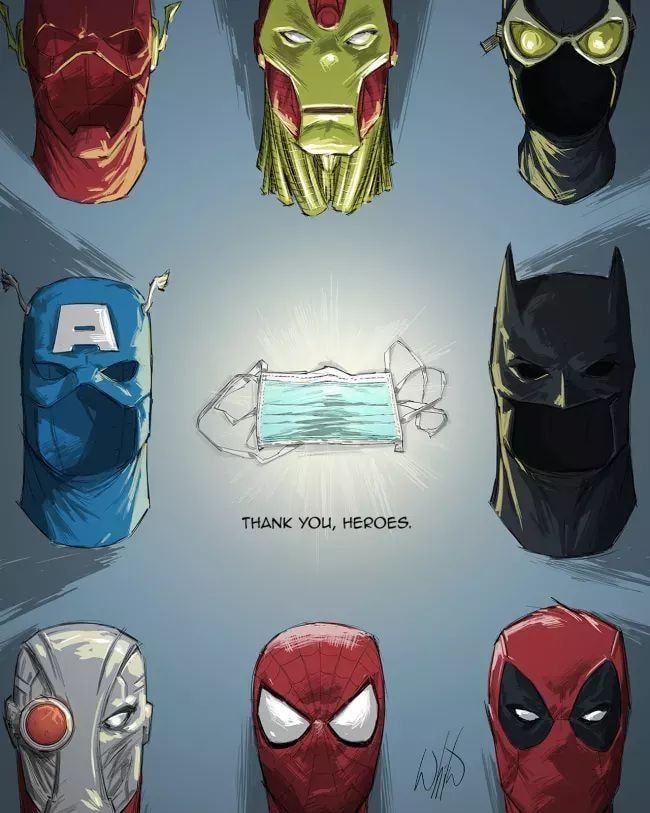 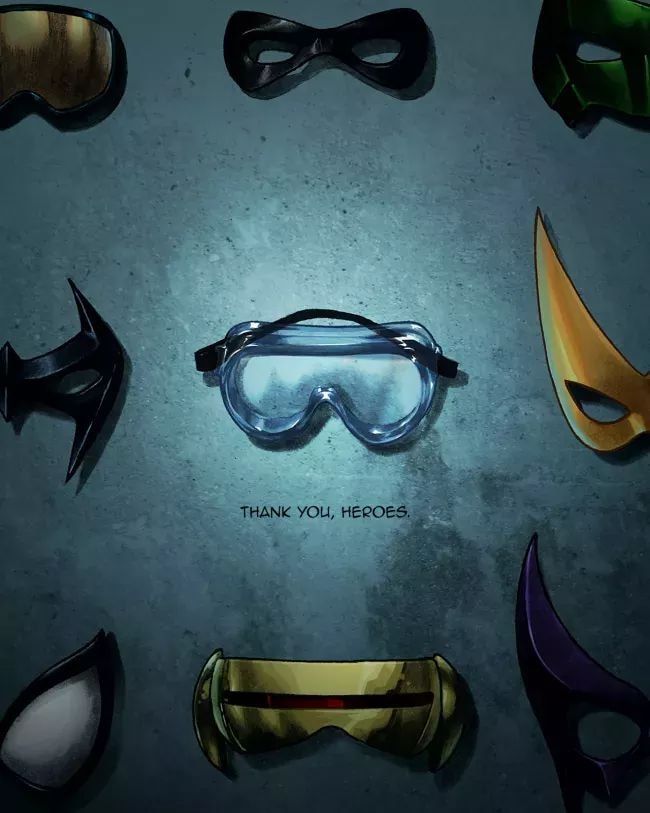 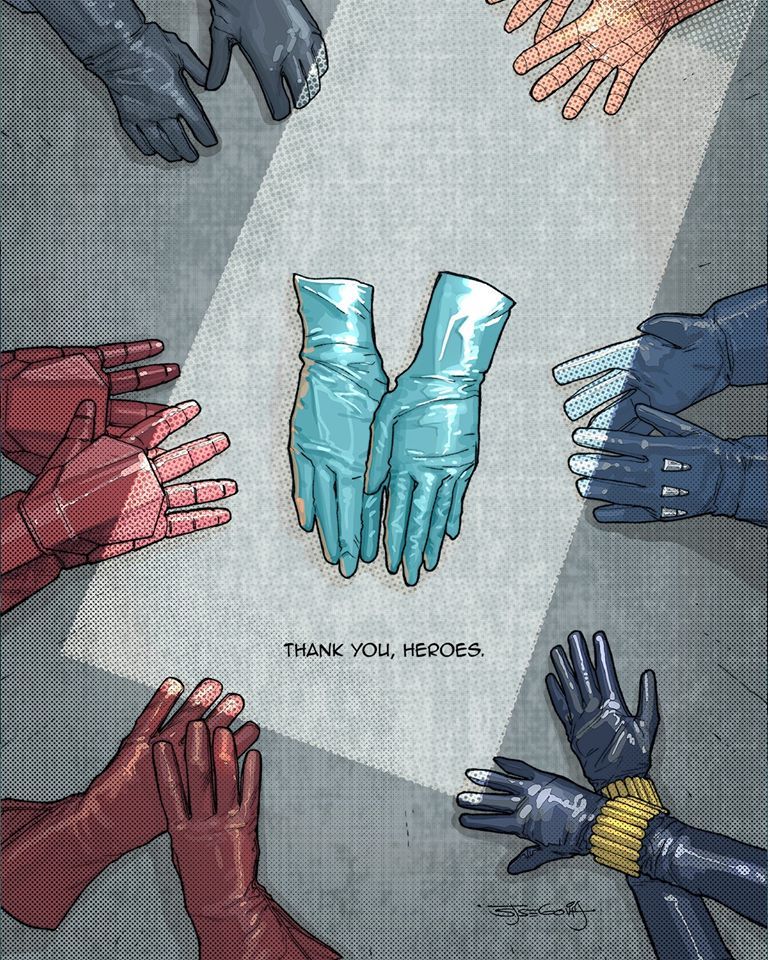 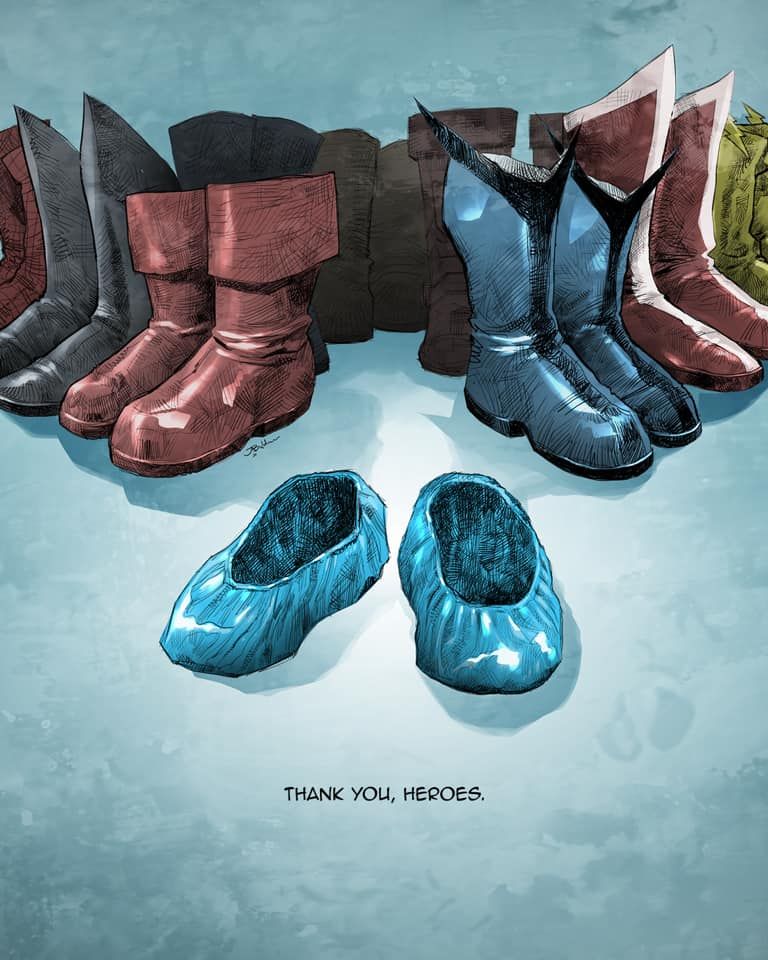 The highest bids for each piece will receive a signed copy of the art in 12 by 18-inch board paper. You can also bid on an original piece of art by Suayan — an actual, physical painting that will look great on any wall.

Prior to the auction, the Suits For Heroes site also solicited donations from comic book fans in exchange for store credit and original art from Comic Odyssey. It was actually the comic book shop that took the lead in this initiative, teaming up with fellow comic shops Filbar’s and Planet X, as well as ad agency Wunderman Thompson Philippines.

All funds raised will go to the purchase of frontliner PPEs, courtesy of the organizations Frontliner Feeders Philippines Kaya Natin, and the PGH Medical Foundation.