Where did UST rookie Eya Laure get her warrior mentality? No need to look far

EVER wondered where University of Santo Tomas super rookie Eya Laure got her fighting spirit from?

No need to look far.

Her dad Eddie Laure is a former basketball player who never backed down from a fight, from his days with Adamson in the UAAP to his stint in the MBA with the Batangas Blades to his long career in the PBA.

Now he has passed on those fighting qualities to his volleyball-playing daughters, specifically Eya who bravely played on after sustaining a left ankle sprain midway through Game Two of the UAAP women's volleyball finals against Ateneo.

When Laure went down, the former PBA player showed no sign of panic as he made his way from the patron section of the MOA Arena to the court. He then picked up his daughter and took her to the UST dugout. 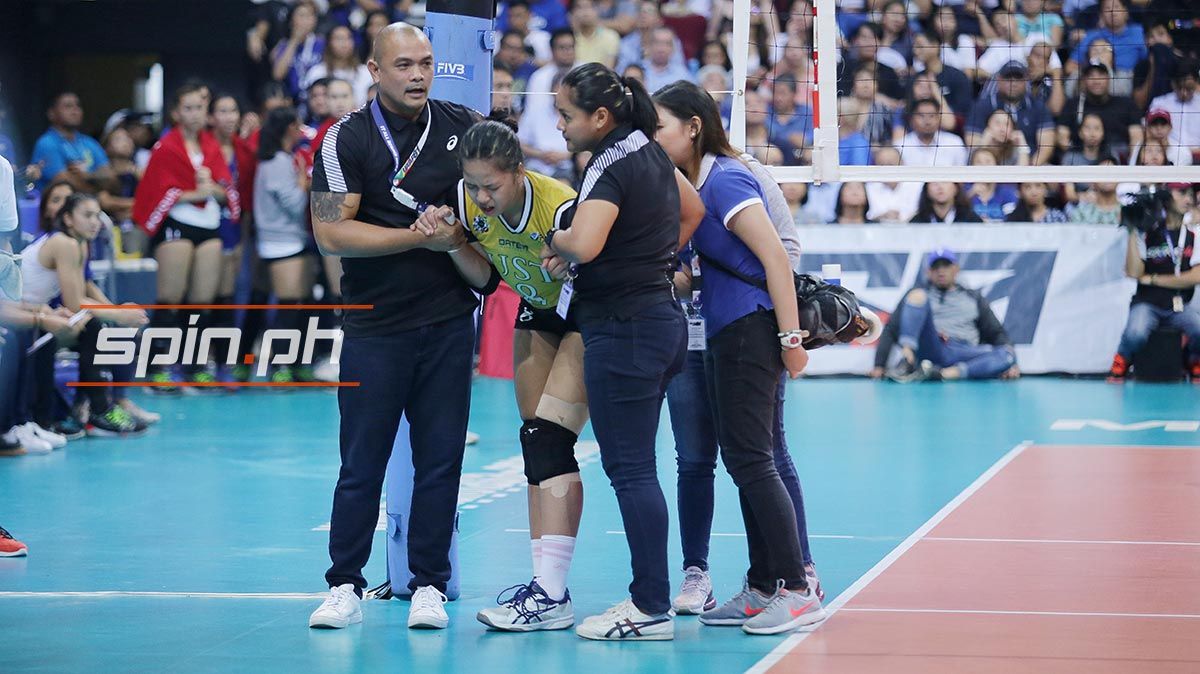 The father of four couldn't help but be proud of his daughter, who insisted on play despite the pain.

The elder Laure expects Eya to endure the pain and lead the fight for the UST Tigresses in the winner-take-all Game Three on Saturday.

Why? Because that's what warriors do.