The Ruby Princess joins at least 16 other cruise ships at anchor waiting for their more than 5,000 Filipino crew members to be tested for the coronavirus before disembarking.

Coast guard spokesman Armand Balilo said 214 Filipino crew members on the Ruby Princess will be tested but may have to wait behind those from other ships.

The Ruby Princess has been linked to 19 deaths in Australia and two in the United States. The Australian investigation is trying to determine why 2,700 passengers and crew were allowed to disembark in Sydney on March 19 before the test results of sick passengers were known. 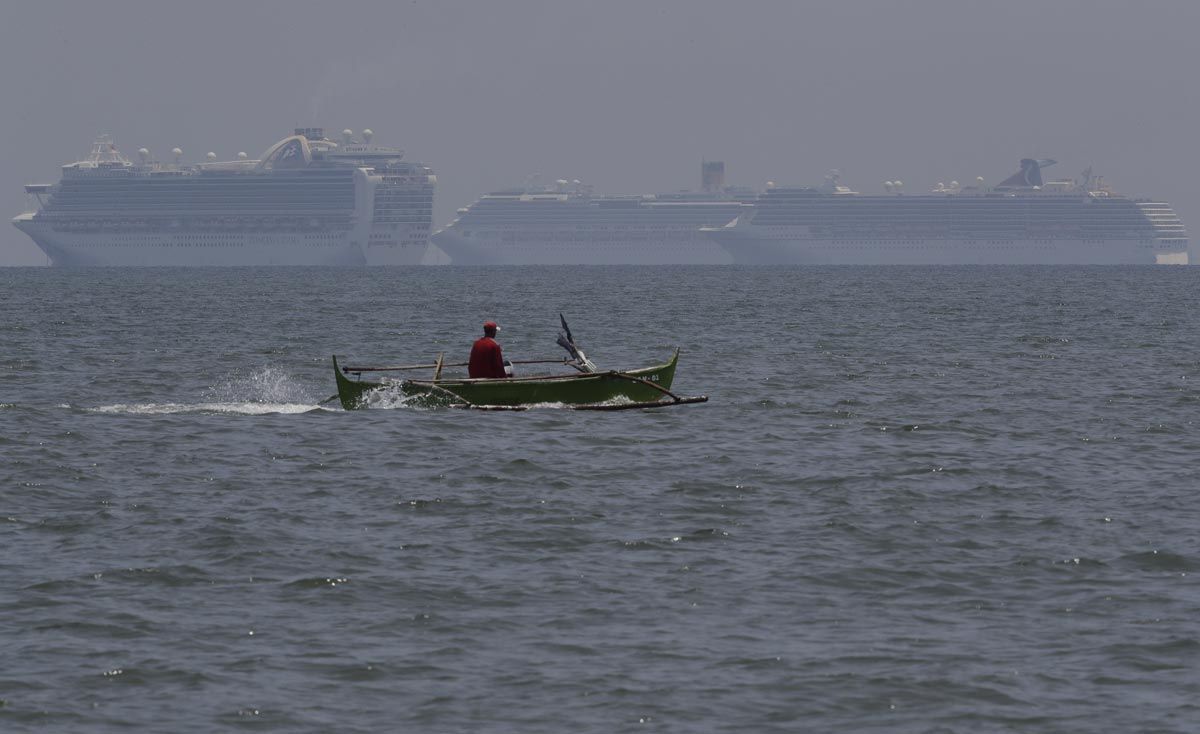 Many passengers flew from Sydney overseas. Two died at home in the United States, including Los Angeles resident Chung Chen, whose family is suing Princess Cruises for more than $1 million in a lawsuit alleging it failed to alert passengers to the risk.

An initial batch of 300 Filipino crew left the ship last month and were taken to Sydney to catch a charter flight to Manila.

The cruise ships have been asked to wait in a Manila Bay anchorage area instead of docking in nearby ports as part of strict precautions against the virus. Medical and coast guard teams in protective suits travel by motorboats and carry out tests on board each anchored ship in a laborious effort before the Filipino crewmen can disembark for treatment in a hospital or to stay in further quarantine depending on the test results.

"The protocols are strict. Our teams get onboard, undertake swab tests then the crewmen wait for three days," Balilo said by telephone. "If they test positive, we bring them to a hospital but if they're OK, we release but they should still go into some days of isolation." 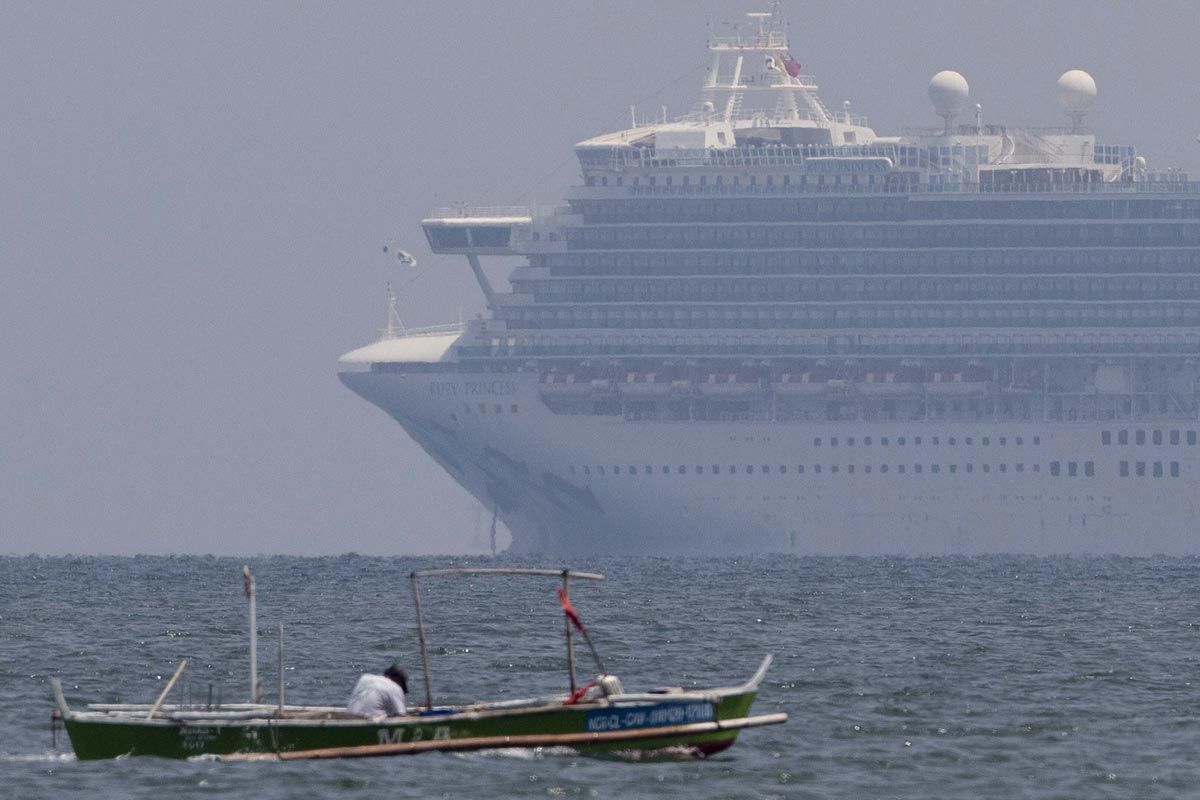 More than 24,000 Filipino workers, including nearly 17,000 ship crew and personnel, have returned by air and sea after being displaced by the coronavirus pandemic and lockdowns worldwide. They have overwhelmed quarantine facilities in metropolitan Manila.

Philippine officials have stopped incoming international flights for a week starting May 3 in an effort to decongest the quarantine facilities in metropolitan Manila and prepare for the arrival of tens of thousands more returning Filipino workers in the coming weeks.

The Philippines is a major source of global labor and the huge income remitted by millions of workers have kept Manila's economy afloat for decades and served as a lifeline for impoverished families.

Nearly 2,000 Filipinos have been infected by the coronavirus in 46 foreign countries and 215 have died, many of them workers, according to the Department of Foreign Affairs in Manila. A large number of Filipinos has faced layoffs due to business closures abroad and the government has struggled to bring many of them home.