CROWDS and vehicular traffic surged back to shopping malls in the Philippine capital after a two-month coronavirus lockdown was eased.

Presidential spokesman Harry Roque said the quarantine in the main northern Luzon region is slowly being eased to revitalize the economy "and not because we are safe."

The Philippines has counted more than 12,500 infections and 824 deaths. It has only been able to conduct about a third of a daily target of 30,000 coronavirus tests so far.

Only metropolitan Manila and two other high-risk areas remain under a strict lockdown, and fitness gyms, barber shops, movie houses and other recreation hubs remain shut under the eased guidelines.

SEOUL DOWN TO 2 CASES: South Korea reported 15 new cases of the coronavirus and one more death, bringing its totals to 11,065 cases and 263 fatalities. South Korea's Centers for Disease Control and Prevention on Monday said it believes 10 of the new cases are linked to passengers arriving from abroad. Only two new cases were reported in the Seoul metropolitan area, where tens of thousands were tested in recent weeks after health officials discovered dozens of infections linked to club goers. Officials have expressed hope that the transmissions are waning and plan to move ahead with a phased reopening of schools, starting with high-school seniors on Wednesday. 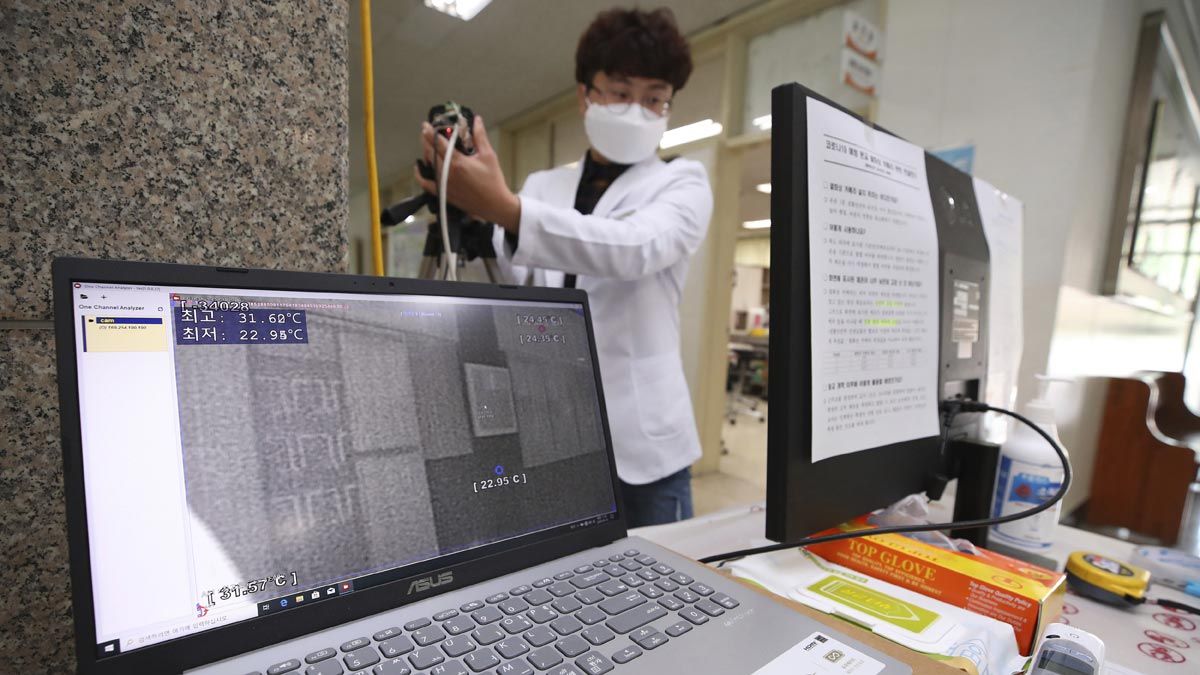 A teacher tests a thermal camera monitor ahead of reopening of a high school in Seoul.

On Sunday, the federal government extended a nationwide lockdown to May 31 but eased some restrictions to restore economic activity and gave states more control in deciding the nature of the lockdown.

Authorities are largely blaming the surge in infections to the return of hundreds of thousands of migrant workers to India's villages, which have weaker health infrastructure.

India eased its lockdown rules on May 4 and allowed migrant workers to travel back to their homes, a decision that has resulted in millions of people being on the move for the last two weeks. Rail service resumed, with a limited number of trains running.

Most infections reported in India are from its major cities. Mumbai, the financial capital and home to the Bollywood film industry, alone registered almost 20% of total cases. 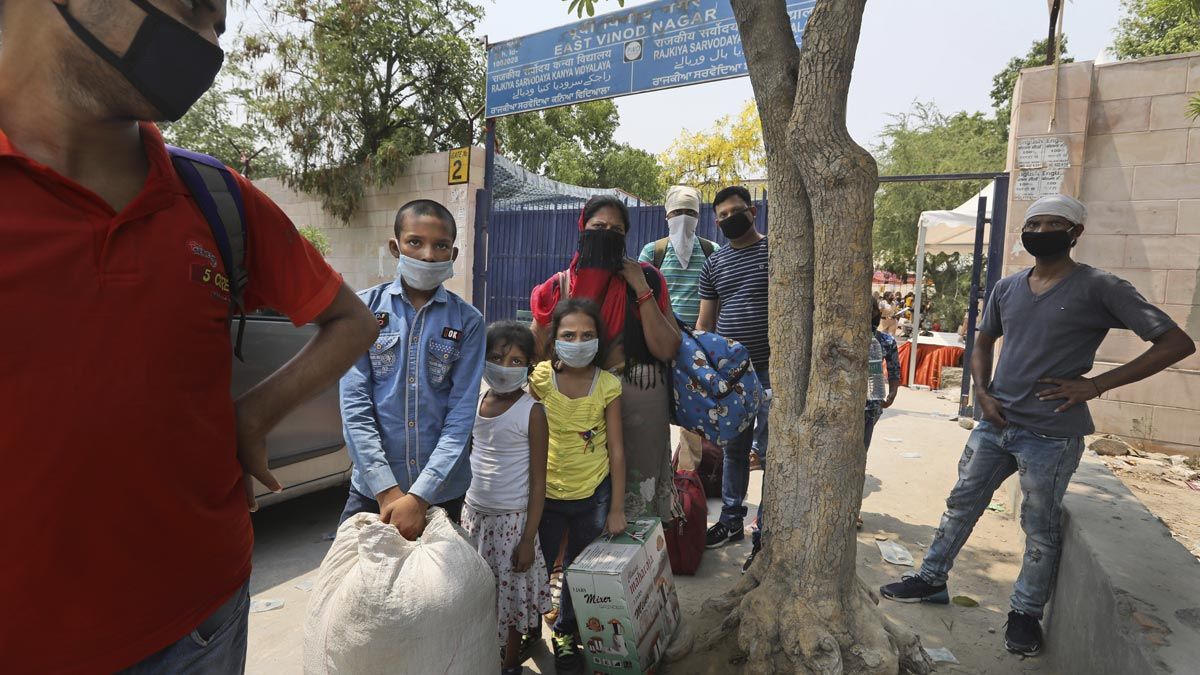 Migrant families from another state trying to return to their villages wait for transportation in New Delhi on Monday.

AUSTRALIA BACKS PANDEMIC PROBE: Australia's foreign minister on Monday welcomed international support for an independent coronavirus investigation that has been condemned by China and blamed for a bilateral trade rift. The European Union has drafted a resolution that is gaining support and is expected to be approved at the World Health Assembly in Geneva this week. It calls for an evaluation of the origins of the pandemic and responses to it. Australian Foreign Minister Marise Payne said Australia wants the resolution to stipulate that the inquiry be "impartial, independent and comprehensive." Australia is seen as a leader in rallying support for such an inquiry, attracting Chinese criticism that it is parroting the United States and inviting a Chinese boycott of exports and services. The motion comes as Trade Minister Simon Birmingham struggles to resolve a dispute with China over imports of Australian beef. Birmingham said Monday he has failed for six days to arrange to speak with his Chinese counterpart about China's ban on meat from Australia's four largest abattoirs over labeling issues.

XI TO SPEAK AT WORLD HEALTH MEETING: Chinese President Xi Jinping will speak at the opening ceremony of the World Health Organization's annual meeting later Monday. The foreign ministry said he will address the World Health Assembly by videolink. The conference is being held virtually this year because of the coronavirus. WHO has been drawn into a blame game between the U.S. and China over the spread of the virus. President Donald Trump has withdrawn U.S. funding for the U.N. organization, saying it has been too accepting of China's handling of the outbreak early on.

BEIJING PETITION OFFICES CLOSED: The central government petition offices in Beijing, where people come from across China to register complaints, will remain closed for the time being as a virus control measure, state media reported Monday. As its virus cases have declined, China has moved to restart schools and reopen businesses and industries. But government offices that tend to attract large numbers of people in restricted spaces have largely remained closed. Xinhua News Agency noted complaints could be submitted online. China reported seven new virus cases on Monday, four of them Chinese returning from abroad and three locally spread. It has reported a total of 4,634 deaths among 82,954 cases of the virus since it was first detected late last year.

INDONESIAN RESTRICTIONS CONTINUE FOR EID-AL FITR: Indonesian President Joko Widodo said Monday he will not relax nationwide restrictions during Eid-al Fitr, the Muslim holiday marking the end of Ramadan when millions of people normally return to their home villages. "I emphasize, there is no relaxing policy of large-scale social restrictions yet," Widodo said during a virtual Cabinet meeting. The holiday falls on May 23 or 24. Health experts have warned that Indonesia could face an explosion of coronavirus cases if restrictions are eased during Ramadan. Indonesia reported 496 new confirmed cases on Monday, taking its total to 18,010, including 1,191 deaths.