COVID UPDATE: Japan to lift state of emergency in Osaka, nearby Kyoto, Hyogo

JAPAN is expected to lift the coronavirus state of emergency in Osaka and the two neighboring prefectures of Kyoto and Hyogo while keeping the measure in place in the Tokyo region and the northernmost island of Hokkaido.

Prime Minister Shinzo Abe will make an announcement later Thursday. Last week, Abe lifted the emergency measures in all but eight of Japan's 47 prefectures. Japan has has 16,424 confirmed cases and 777 deaths as of Wednesday. 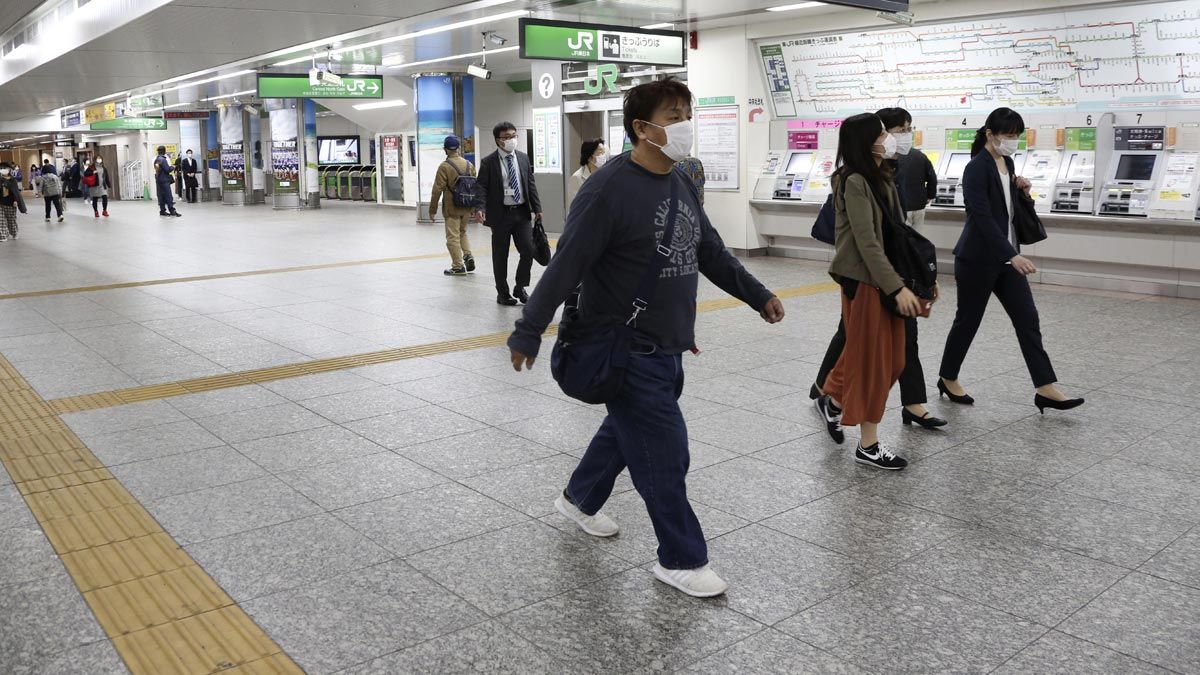 People walk at Yokohama station in Yokohama, Kanagawa prefecture, near Tokyo on Thursday.

G-7 SUMMIT BACK ON AGENDA? Japan's top government spokesman said Thursday that the country is considering whether to attend the Group of Seven summit, and details would still have to be decided by the host, the United States. Chief Cabinet Secretary Yoshihide Suga was responding to a question about President Donald Trump's tweet on Wednesday that he is considering rescheduling a meeting in the US with world leaders because it would be a "great sign to all" of things returning to normal.

Trump had scheduled the G-7 summit for June 10-12 at Camp David but canceled it in March because of the pandemic, saying the leaders would confer by video conference instead.

Suga said Thursday that he interpreted Trump's tweet as "an expression of the president's intention to normalize the global economy quickly." He said his understanding is that details such as the dates and format of the meeting are still being studied by the host nation. 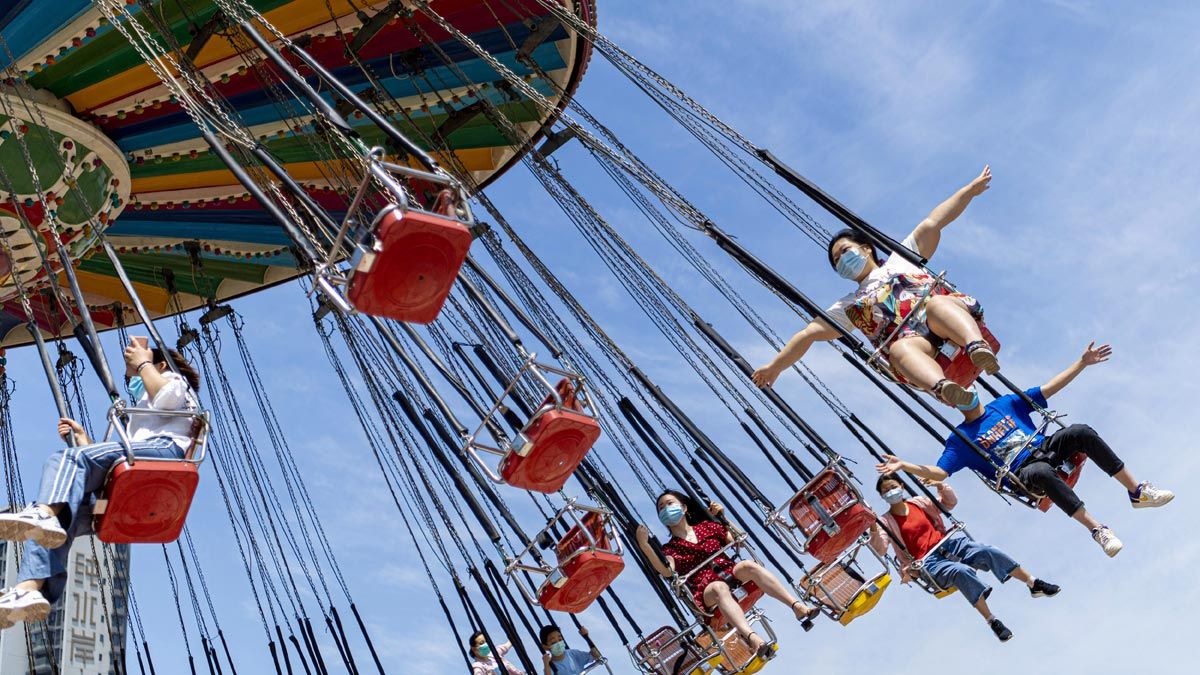 Tourists wearing masks as precaution against the coronavirus enjoy a ride at the Happy Valley Wuhan theme park in this, Tuesday, May 19, 2020, photo released by Xinhua News Agency.

WILDLIFE CONSUMPTION BAN IN WUHAN: The central Chinese city of Wuhan, where the global coronavirus pandemic originated last year, has issued a total ban on the hunting, breeding and human consumption of wild animals. That is an apparent response to research showing the virus most likely originated among bats and was transmitted to people via an intermediary wild species sold for food at a market in the city. The regulation issued Wednesday seeks to carry out measures passed at the national level covering protected land animals as well as sea life, promising financial relief to help dealers move into other lines of business. However, it contains numerous exceptions, including for animals used for traditional Chinese medicine, as long as they are not consumed as food for humans. That left it unclear whether the ban would cover pangolins, small mammals whose scales are used for traditional Chinese medicine but which are thought to have been the intermediary carrier of the virus. The regulation will be enforced immediately and will be in effect for five years.