JAPAN’s Economy Minister Yasutoshi Nishimura told reporters that experts supported the government's plan to extend a state of emergency through the end of May.

Prime Minister Shinzo Abe is set to formally announce an extension after the plan gets parliamentary approval later Monday.

Japan has more than 15,000 cases and 510 deaths, according to the health ministry. Nishimura earlier said Tokyo and other prefectures being hard hit by the virus are expected to keep the emergency measures fully in place, while they could be eased elsewhere if ample preventive steps are taken. 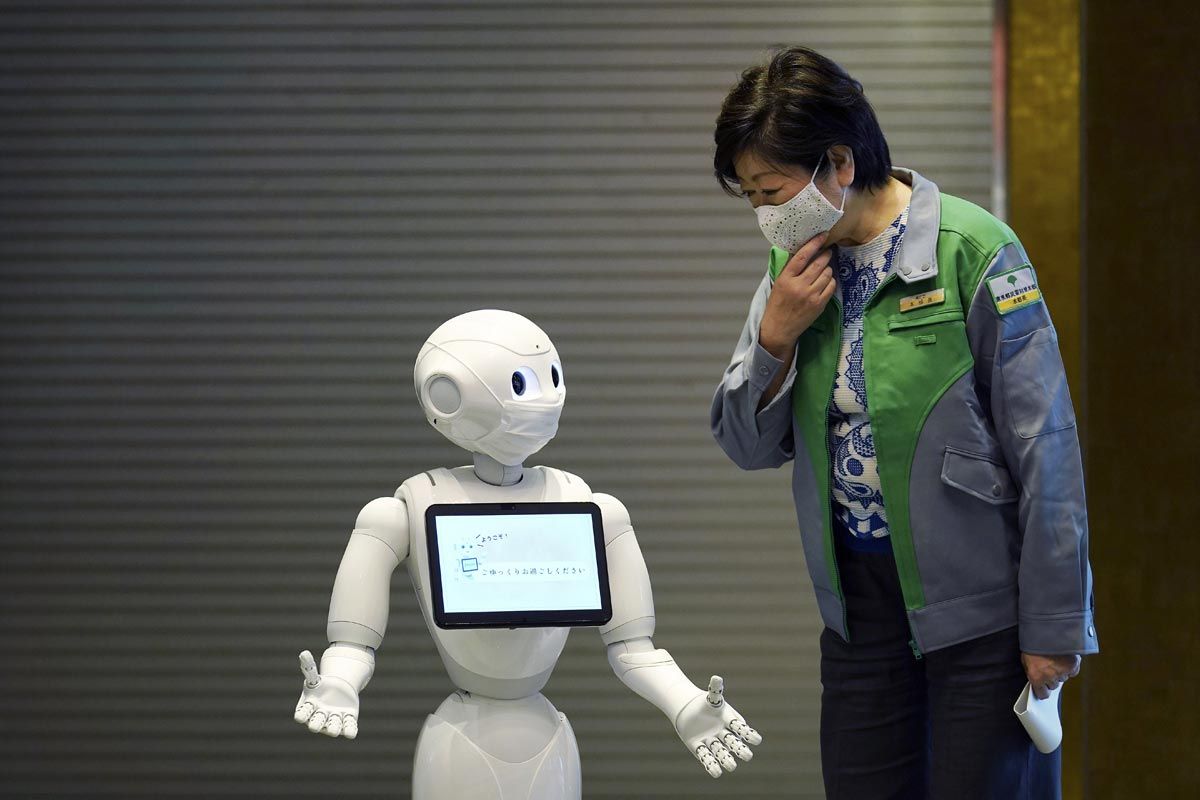 Humanoid robot Pepper greets Tokyo Gov. Yuriko Koike on Friday at the lobby of a hotel in Tokyo for the new coronavirus COVID-19 patients with mild symptoms.

MALAYSIAN BUSINESSES REOPENING: Many business sectors reopened in parts of Malaysia as Prime Minister Muhyiddin Yassin's government sought to balance between curbing the virus and reviving the hard-hit economy. But the move has split public opinion amid fears that the sudden reopening of economic activities could spark a new wave of infection. Nine of the country's 13 states, including the richest state Selangor, either refused to reopen or restricted the list of businesses that can operate. Mass gatherings and interstate travel remain banned. Virus cases have dropped sharply in recent weeks but a slight rise of 227 infections was reported over the weekend. Malaysia has confirmed 6,298 cases, with 105 deaths. 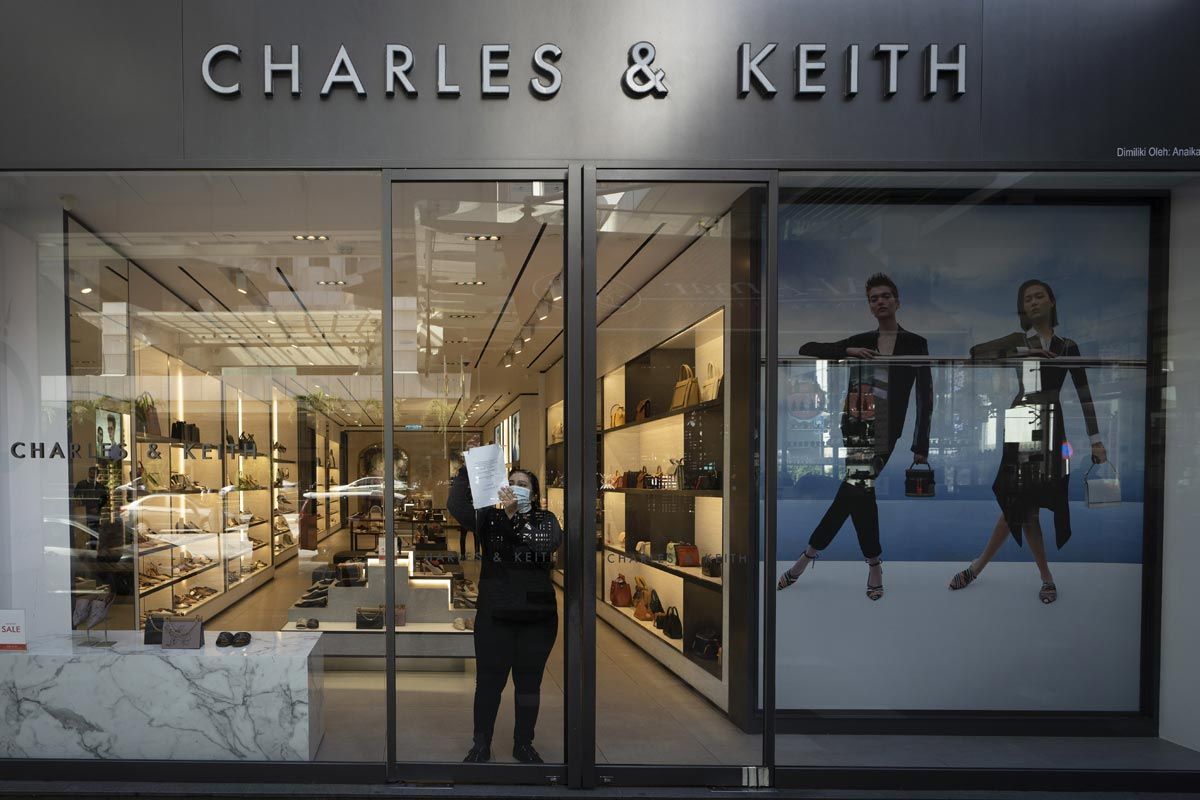 A retail shop in Kuala Lumpur reopens on Monday.

ZERO CASES IN NEW ZEALAND: For the first time since mid-March, New Zealand reported no new cases of the coronavirus. It's an indication the country's bold strategy of trying to eliminate the virus is working. New Zealand closed its borders and imposed a strict monthlong lockdown after the outbreak began. It eased the rules a little last week to help reopen the economy. Prime Minister Jacinda Ardern said a decision would be made next Monday on whether to ease the rules further. "We cannot afford to squander the good work to date when our end goal is so close and within reach," she said.

SOUTH KOREA OPENING SCHOOLS NEXT WEEK: South Korea says it will start allowing students to return to their classrooms staring next week amid signs that the coronavirus outbreak in the country is waning. Education Minister Yoo Eun-hae said Monday that high school seniors will return on May 13 and students in lower grades in phased steps starting May 20. She says 5.4 million students have been studying online since April 9. Patient numbers have been declining, prompting authorities to relax social distancing rules. On Monday, South Korea reported eight new cases, taking its total to 10,801.

SOME ACTIVITY RESUMING IN INDIA: India has relaxed some lockdown restrictions even as the pace of infection has slightly accelerated. On Monday some economic activities resumed after a near-total 5-week halt. Normal life, albeit with masks, social distancing and stringent hygiene standards, has started to return in low-risk areas, while constraints on movement and work continued elsewhere in the country. India has about 42,500 virus cases, 11,706 recoveries and 1,373 deaths, and had tested more than a million samples by Monday. Still, at 758 tests per million, India is among the countries testing the lowest fraction of their population. And experts warn that the virus has yet to peak.

SRI LANKA EASES CURFEW: Sri Lanka partially eased its curfew in districts where the virus is considered more under control, though a 24-hour curfew remains in effect in high-risk areas that include the capital Colombo. The curfew is being lifted only for three days from 5 a.m. to 8 p.m. in 21 of the island's 25 districts. Sri Lanka has detected seven deaths and 718 cases, more than 300 of those infected were confirmed among naval sailors or their contacts in the past week. Both government and private sector workers are expected to start returning to work next week, though the 24-hour curfew may remain in places.

TOBACCO FACTORY CLUSTER: Health authorities in an Indonesian province are considering pulling cigarettes by Philip Morris-owned Sampoerna after a coronavirus cluster was identified among factory workers. Two workers have died of COVID-19 and 63 others tested positive at one of its factories in Indonesia's second-largest city, Surabaya. East Java province task force official Heru Tjahjono said authorities are trying to determine how many cigarettes made at the factory are in circulation. The cluster has raised concerns about the government allowing factories to operate during the pandemic. A director of PT HM Sampoerna Tbk, Elvira Lianita, said the company has tried to prevent the coronavirus spread since mid-March by applying health protocols and social distancing. She also said the withdrawal of its cigarette products should not be necessary as the company quarantined all cigarettes for five days before finally being distributed.

LOW CASES IN CHINA: China reported three new virus cases, all brought from overseas, and no new deaths. Just 481 people remain in hospitals with about 1,000 under monitoring and isolation for appearing to have the virus or for having tested positive but without showing symptoms. China has reported a total of 4,633 deaths from COVID-19 among 82,880 cases.