SOUTH Korea has delayed the reopening of schools by a week after health authorities found scores of new coronavirus infections linked to club goers.

Before discovering the new cases, the country had relaxed social distancing guidelines and scheduled the reopening of schools, starting with high school seniors on Wednesday.

But Vice Education Minister Park Baeg-beom said on Monday that the school reopening would be delayed.

Authorities in the Seoul metropolitan area have ordered the reclosing of clubs and other nightlife establishments and are combing through credit-card and mobile-phone records and security camera video to track thousands of people who visited a popular Seoul entertainment district. 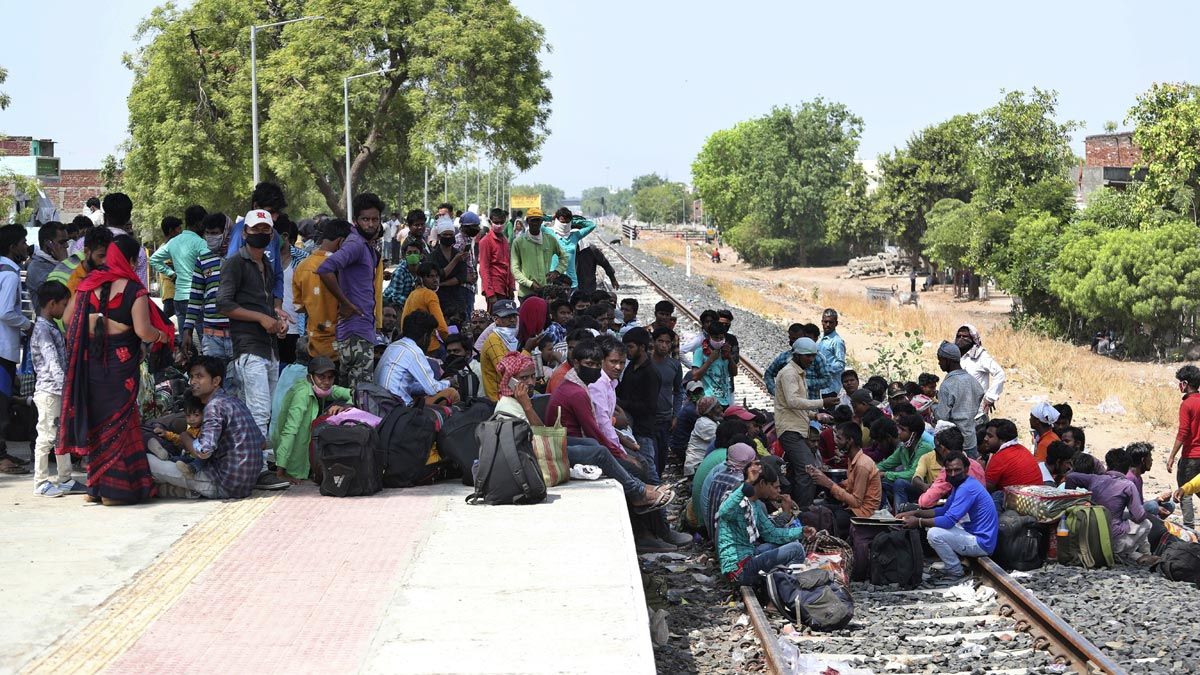 Migrant workers from other states desperate to return to their homes gather near a train station in Ahmedabad, India, on Monday. The workers were turned away by authorities since no trains are scheduled to depart to their respective states on Monday. India’s train network, closed in late March, will gradually restart operations on Tuesday.

India’s train network was halted in late March as a lockdown was imposed on the country of 1.3 billion people.

When service restarts Tuesday, passengers must wear masks and pass health screenings before being allowed to board trains. The trains will make fewer stops than usual as service is gradually restarted.

The announcement comes after the government arranged for trains to transport thousands of migrant workers stranded in Indian cities back to their homes.

The railway system is often described as India’s lifeline, transporting 23 million people across the vast subcontinent each day, some 8.4 billion passengers each year.

On Monday, India’s government reported 4,213 new cases of coronavirus infection over the past 24 hours. It has now more than 67,000 cases which include 2,206 deaths.

The rise in the number of infections come on a day when Prime Minister Narendra Modi is going to meet various state heads to discuss the country’s lockdown exit strategy.

India’s 54-day coronavirus lockdown is expected to end on May 17. 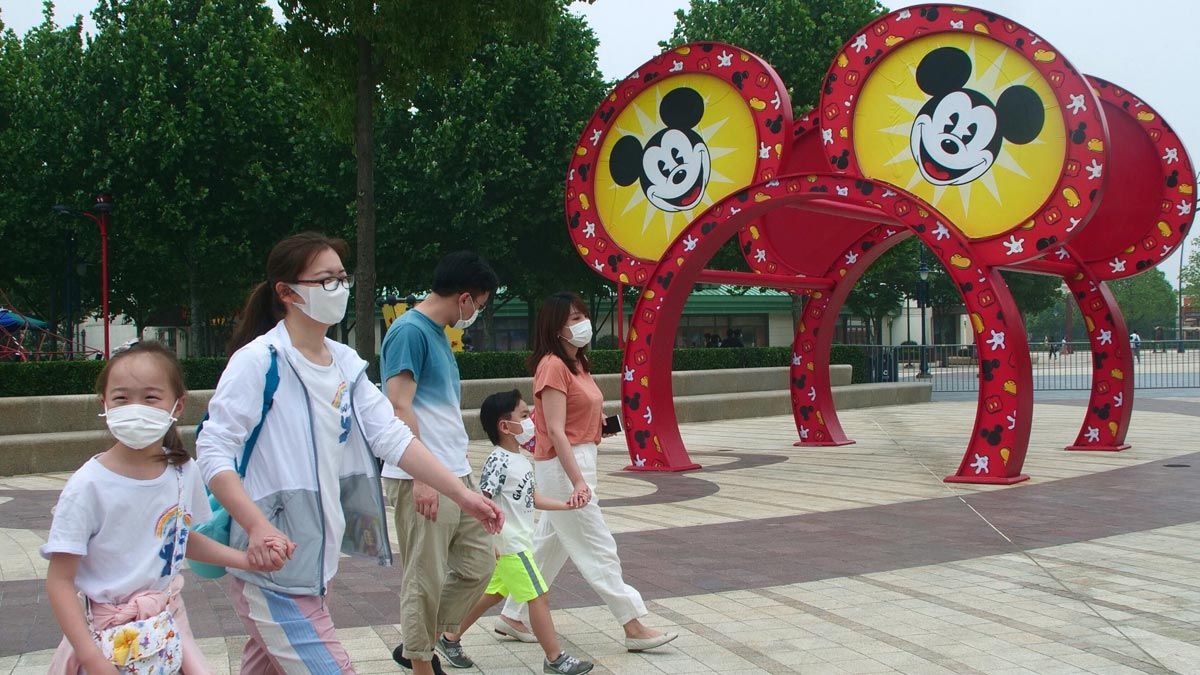 SHANGHAI DISNEYLAND REOPENS: Visitors wearing face masks streamed into Shanghai Disneyland as China’s most prominent theme park reopened in a new step toward rolling back anti-coronavirus controls. The park, which closed Jan. 25, will limit visitor numbers and is keeping some attractions closed in line with social distancing guidelines. Disney guests, many wearing Mickey Mouse ears, and children dressed as movie characters were checked for fevers at the gate, and decals were used to designate a safe distance between visitors.

EXAM PREP IN BEIJING: More than 82,000 third-year middle school students went back to classes in China’s capital Beijing to prepare for their high school entrance exams. Students must show valid health codes and tracking records of their travels over the past 14 days on the mobile phones to gain entry to their schools. The National Health Commission reported 17 new cases. seven of them imported, five in the original epicenter of Wuhan and five spread across three northeastern provinces.

NEW ZEALAND REOPENING: Prime Minister Jacinda Ardern announced a plan to reopen the economy and schools over the next 10 days. Social distancing rules will apply, and social gatherings will be limited to 10 people at events like weddings and funerals. The nation’s borders will also remain closed. Retail stores, malls, restaurants, hair salons and gyms can reopen Thursday, and people can take domestic flights. Schools will then reopen from next Monday. Bars will be the last businesses allowed to reopen, from May 21. Ardern said bars posed a high risk: “We don’t want to be South Korea -- to open our bars only to close them again,” she said. New Zealand has been successful in reducing new cases of the virus to a trickle, but Ardern said New Zealanders needed to remain cautious.

SRI LANKA EASES LOCKDOWN: Sri Lanka’s government asked state and private sector workers to resume work Monday after a nearly two-month coronavirus lockdown. A 24-hour curfew was lifted on the island, except for two main districts that include the capital Colombo. Restaurants, liquor stores, clothing stores and gyms also remain closed. Buses and trains will only transport those going to work.