THE initiative that created the Cordillera Great Traverse began when ultra runner and race organizer Jonnifer ‘Atty. Jon’ Lacanlale posted a question on social media as to whether there were connecting trails along the six provinces of the Cordillera Administrative Region (CAR).

Now the Cordillera Great Traverse team is in the process of connecting the trails covering 300 kilometers in six provinces and one city of the Cordillera Administrative Region (CAR), passing through mountain ranges, rivers, waterfalls, rice terraces, ancient and historical footpaths.

On April 1, the CGT team will embark on a 15-day expedition kicking off from the town of Pasil in Kalinga to Baguio City - a journey across the Abra, Kalinga, Apayao, Ifugao, Benguet, Mountain Province and Baguio City that aims to establish the longest, most scenic and sustainable trekking/hiking destination in the Philippines.

The 360km Philippine Cordillera Trail will present to foreign and local hikers and trekkers the natural beauty of Northern Luzon’s mountains, that can rival some of the best trekking destinations in the world such as the Appalachian Trail (3,500km, USA), the Great North Walk (250km, Australia), Drakensberg (220km, South Africa) and GR20 (180km Europe).

“This will be the Philippines’ first trail system when completed,” said Lacanlale during the media briefing for the event at the 100 Miles Café at Bonifacio Global City.

Lacanlale said he hopes to lobby to Malacanang for an Executive Order that would secure a legal framework to protect the trail since it is his group’s goal to ‘Connect, Explore and Protect the Philippine Cordillera Trail.'

Prior to the April expedition, the CGT team, a diverse group that includes ultra-running athletes, environmentalists, mountaineers, a geographer and tribal advocates (which included SPIN.ph columnist Bobby Go), conducted recon trips and coordinated with non-government organizations and local government units located along the trail.

Thumbie Remigio, who was in one of those trips, said around 70 percent of the trail have already been established and that areas that have seen less foot traffic - Abra, Kalinga and Apayao — need to be explored and mapped.

Not every obstacle is limited to weather, geography and terrain.

“I was in Kalinga last December and it took us two months to coordinate a three-day recon trip. We have to be careful since we are outsiders and there are many areas covered by tribal laws,” noted Remigio, a member of the Adrenaline Multisport Group, on some of the challenges they face.

After the April expedition, the CGT will embark on community-related projects during the summer and onwards. This is in order to ensure the trails are safe, accessible and sustainable to both visitors and the communities.

JP Alipio, CGT team member and head for environmental protection and founder of Cordillera Conservation and Trust, Inc. (CCT), explained that unlike other mountain ranges, the Cordilleras are not empty of people.

“The Cordillera Great Traverse creates economies around the trails that don’t need to disrupt the environment. The locals will preserve the forests if they see athletes and tourists run or travel here — it’s a different method of conservation,” Alipio said.

The print in the CGT shirt which is sold to help raise funds best captures the goal: “We walk the mountains of our home, not merely because they are here; nor do we wander them in search of gold or buried treasure. We walk the mountains to show the Philippines and the world what we will be leaving in the future.” 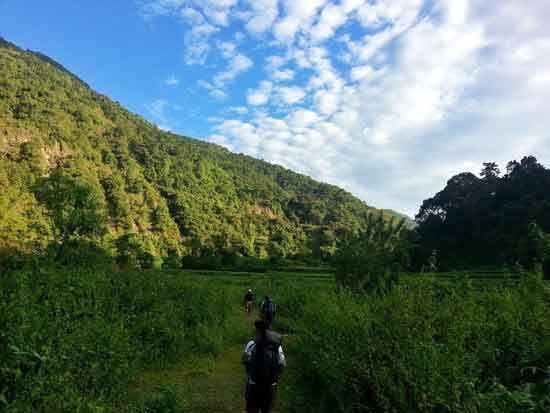 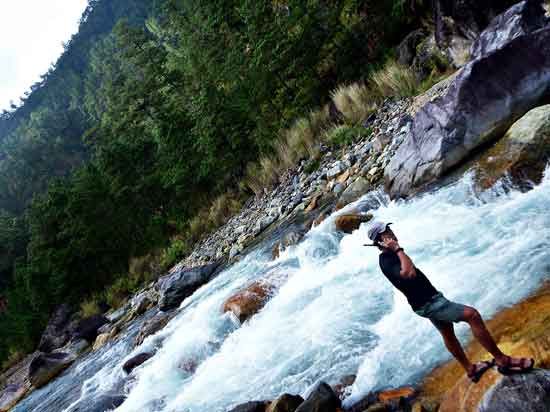 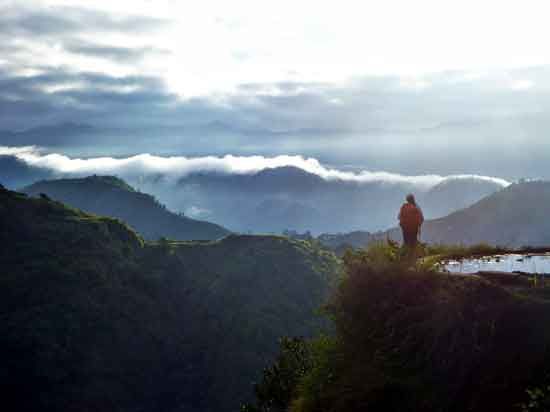